U is for Ukraine - the Crimean Peninsula

U is for Ukraine - the Crimean Peninsula

Our Black Sea cruise stopped in four places on the Crimean Peninsula. First was Feodosyia, then Yalta, then Sevastopol, and last was Odessa before we cruised on to Bulgaria. Throughout history the peninsula has been invaded, occupied and fought over, and modern times are no different.

In Feodosyia we visited the Antiquities Museum and learned about the Taurians, and the saw the home/museum of a famous seascape and sea battle artist, Hovhannes Aivazovky. We saw many massive paintings of stormy seas.

In Yalta we visited the Livadia Palace, the summer residence of Tzar Nicholas II, the last Russian Tsar who, with his entire family, was murdered in 1918. The Yalta Conference, was held there. It was one of several meetings held in 1945 where the United States, Britain and the Soviet Union discussed the fate of  Germany and Europe after the war.

I was fascinated  by the 3 D optical illusions  created by the elaborate parquet floors of the Livadia Palace near Yalta. Although my mind told me that I was walking over a flat floor, my eyes alerted me to an uneven surface that i could trip on. Quite a strange feeling. click on the pictures below and you will see what I  mean.

My highlight of my visit to Sevastopol was a visit to the  ruins at Chersonesos (means peninsula in Greek), site of an ancient Greek port founded in the 5th century BC. One reason for its historical importance was that the Russian Orthodox church was apparently founded after  Prince Vladimir of Kiev converted to Christianity and was baptized in a church  in Chersonesos in 988 AD. The story goes that he wanted to marry Princess Anna, sister of Byzantine Emperor, Basil ll, but she would not marry a pagan. So he converted.  Amazing what long lived effects love can cause.

That's me with my Moleskine travel notebook. I have many from the different trips but often my handwriting is not too legible.I've tried using a recoder but now when the camera and recorder are in one device it gets complication. 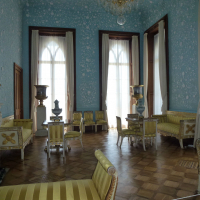 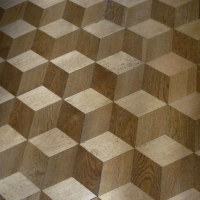 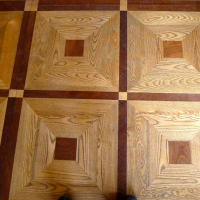 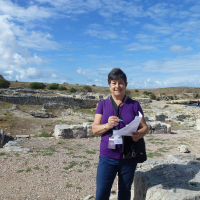 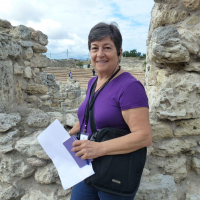