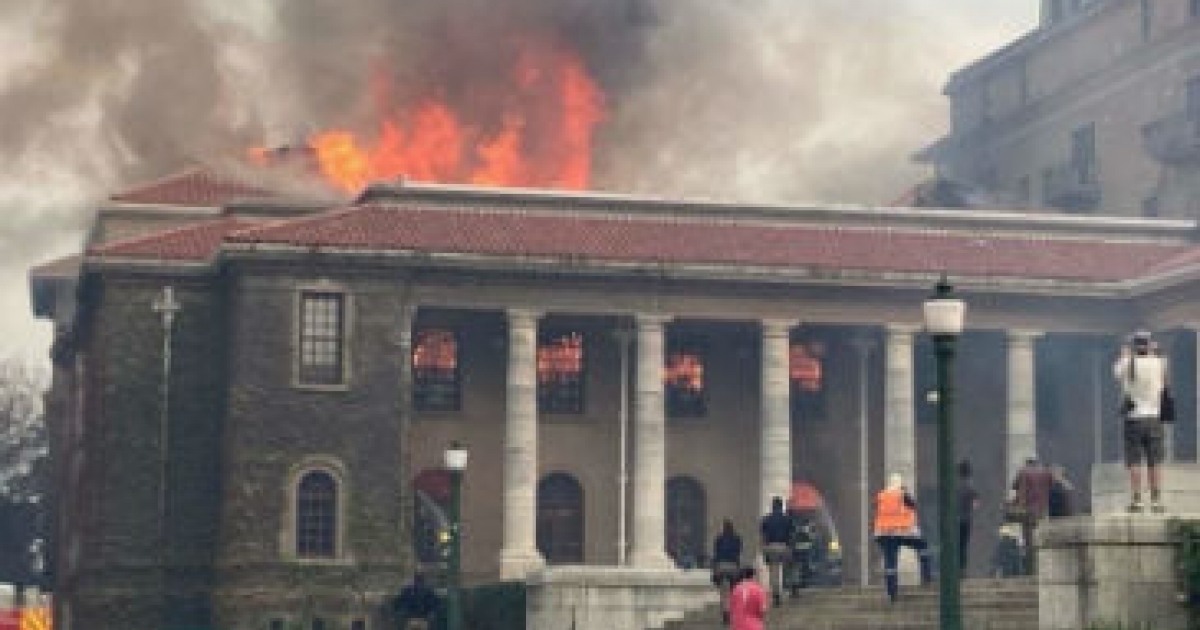 When, as a 17 year old, I began medical school at the University of Cape Town, I had just broken up with Bob, the man I fell in love with at 15, and who became my husband. He was studying Chemical Engineering at UCT, 4 years ahead of me, and he was one of the teaching assistants for our Chemistry labs.

Although in theory, I was still mad at him for the incident that happened at my prom and led to our break up, I used to sit and  have my lunch on the steps leading up to Jameson Hall (as it was called at the time), to catch a glimpse of him between classes.

Seeing those steps and the fire burning in the surrounding buildings brought up intense memories for me. Ironically today is the 21st anniversary of his death, We had been married 34 years.

Reading reports of the destruction wrought by this fire, triggered more memories. The now destroyed restaurant at Rhodes Memorial was where I had lunch with my cousin Sandra, shortly before she died of cancer.

The Kirstenbosch side of  the blazing Table Mountain was where we climbed one day, planning to walk across the plateau and take the Cable Car ride down, only to find that it was so windy and foggy that the ride had shut down. I slid most of the way down the mountain side, terrified of slipping on the steep trail, with tear-filled eyes barely able to see where we were going.

That Incident, still vivid in my memory today, reminds me of the time, as a new and very inept skier, that I somehow found myself at the top of a black diamond run at Lake Louise. That kind of ended my passion for skiing for ever.

So sad for the destruction of the library. You can rebuild the buildings but how do you replace the accumulated wisdom and history contained within them? 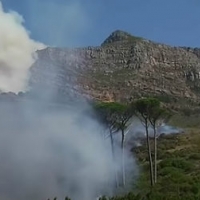