Bard on the Beach 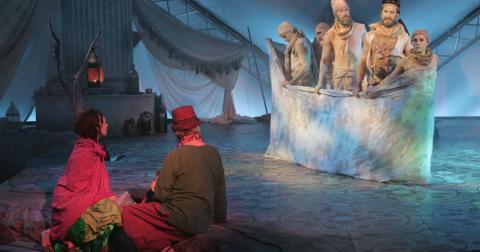 Vancouver, BC:  Pericles is one of the plays in the Shakespeare canon that has until now not made it to my list of "must read" Shakespeare plays. The first of the four romance or tragicomedic plays of the latter part of Shakespeare's career, (Pericles, Cymbeline, The Winter's Tale and The Tempest), Pericles introduces the theme of past injuries or injustices that are redeemed through magical or supernatural dramatic devices. 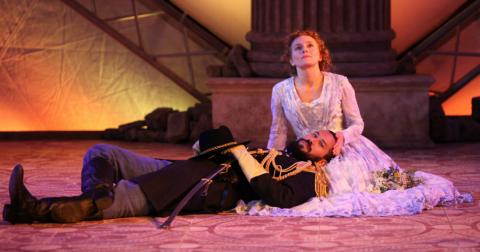 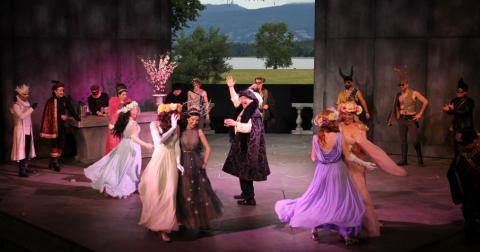 Vancouver, BC:  Shakespear's tragic tale of young love doomed by outside forces they are powerless to control, is a timeless drama beloved of diverse audiences around the world. The Vancouver rain was pounding on the big tent in Vanier Park as we listened to Artistic Director Christopher Gaze tell us that this pair of star-crossed lovers, Romeo and Juliet, will soon take their lives. An interesting choice to have Gaze start the play proper seamlessly from his welcoming statements, and joined for the last lines of the Chorus by the complete ensemble.  As Juliet and Romeo, Hailey Gillis and Andrew Chown, both newcomers to Bard on the Beach, took comand of their roles with a breathy vigor. 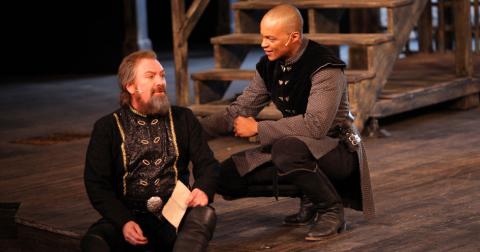 Vancouver, BC:  For some reason this production of King Lear sparked an unusual and different emotional reaction in me than I usually experience in response to this play. I thought it was one of the better productions of Lear that I have seen and when intermission came, I couldn't believe that an hour and a half had passed. 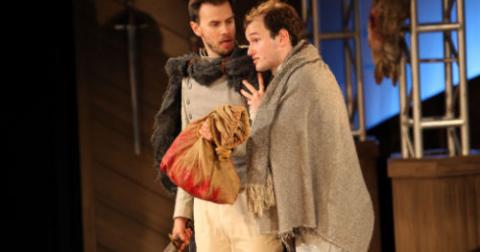 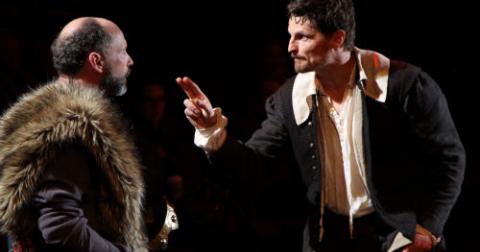 Vancouver, BC: I really enjoy the opportunity to see a play with a Shakespearean “connection”  as the 4th play in a Bard on the Beach season. These plays such as Mark Leiren -Young's "Shylock" or Stoppard's "Rosenkrantz and Guildenstern", that are not of the Shakespeare's writing yet complement the current productions, add a different dimension to the Bard on the Beach experience.

The Taming of The Shrew

Henry VI: The Wars of the Roses

The Merchant of Venice

Much Ado About Nothing

Bill's Birthday Breakfast: Bill, AKA The Bard, of course 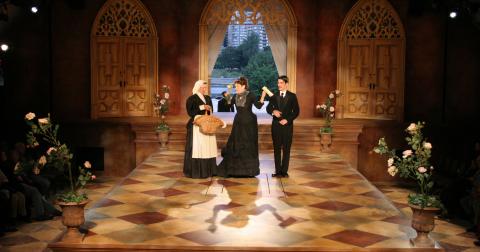 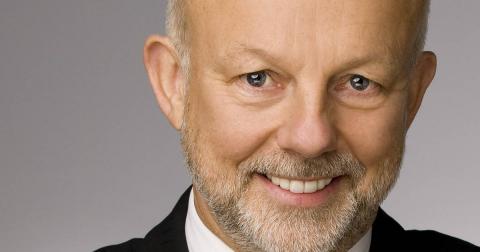 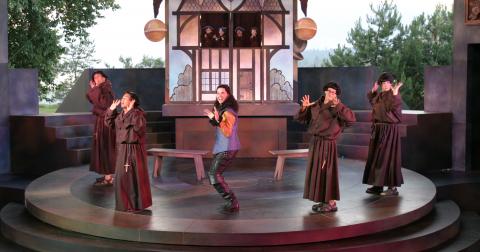 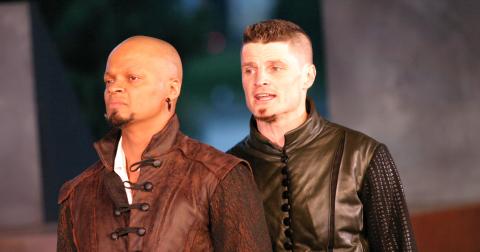 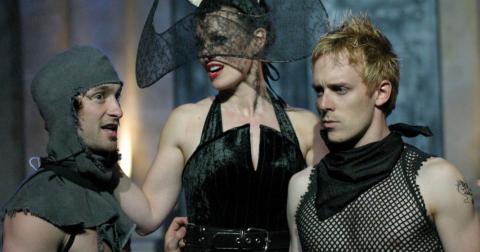 Vancouver, BC: It takes a deft touch to turn Titus Andronicus, Shakespeare’s gory tale of murder, mutilation and revenge into an excellent evening of theatre, but Kim Collier’s cast, stunningly outfitted by Christine Reimer, did just that. Despite the bloodiness, this is a production well worth seeing for outstanding performances. 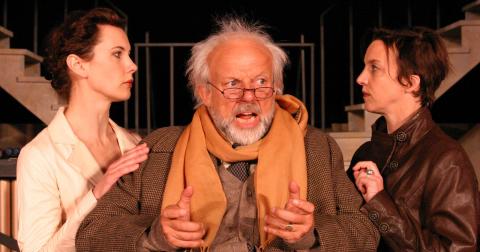 Vancouver, BC: I first read King Lear as a high school student, more years ago than I care to count. It was my introduction to Shakespeare and the start of an enduring interest in his plays, the tragedies and history plays perhaps more than the comedies. I have seen several productions of Lear, studied the play in an undergraduate course and continue to find it one of his perplexing and interesting plays. 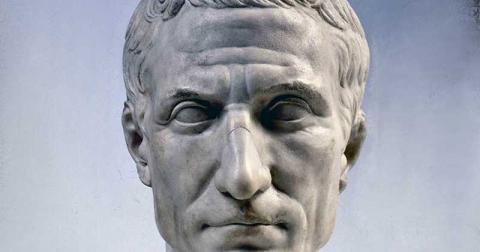 Vancouver, BC. I really enjoyed this performance of Julius Caesar, directed by Katrina Dunn, on the Studio stage at Bard on the Beach. Or more correctly, I should say I thought the first half had some of the most powerful performances I have seen in a while. It always seems to me that the high point of the play is the powerful funeral oration by Mark Antony while the second half of the play, armies clashing and men falling on their swords, comes somewhat as an anti-climax after the earlier dramatic scenes of betrayal and the power of rhetoric. 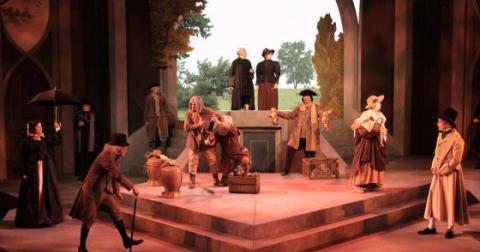 What a great start to the 2007 season at Bard on the Beach. Last night's opening of "The Taming of the Shrew" definitely ranks among the best productions I have seen at Bard. It's not just that Bob Frazer's Petruchio, even dressed in a grungy wedding cape, could turn the most committed feminist into a simpering romantic. Nor his commanding initial entrance as the "Lone Stranger," come to "wive it wealthily" in Padua City. Those jeans!  Katharine (Colleen Wheeler) clearly did not stand a chance of resisting him. 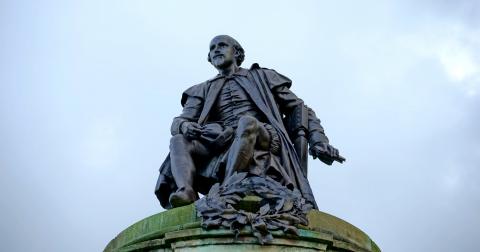 Vancouver, BC: Timon of Athens is one of Shakespeare's lesser known plays and not often seen on stage. This production directed by James Fagan Tait is innovative and compelling in its use of choreography and sound. Tait adopts a minimalist approach to staging. A giant white tablecloth covers the stage for Act I and chairs are the only props. In Act 2 the stage is bare and the surface is unbroken save for Timon's cave. 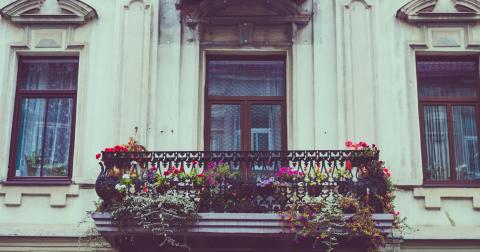 Vancouver, BC: Well it is two for two so far for Bard on the Beach Main Stage this year. Both Romeo and Juliet and The Taming of the Shrew provide great evenings of entertainment. Director Dean Paul Gibson's contemporary view of Romeo and Juliet had some really interesting interpretations both in character and in staging so there was plenty to talk about on the drive home â€“ always a sign of good theatre to me. 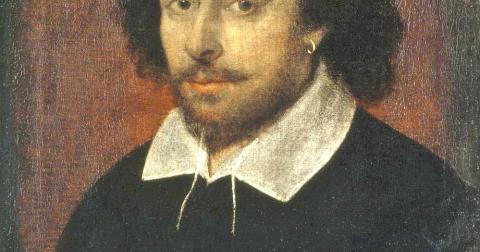 Vancouver, BC. It's five-thirty on a clear, still Vancouver morning. I watch the rising sun spotlight the boats anchored in the waters of False Creek while gulls swoop and cry. The aroma of freshly brewed coffee complements the fragrance of dew-laden air entering my window. I breathe deeply and contemplate Shakespeare's depiction of the warring "heroes" of Greece and Troy, and their women. 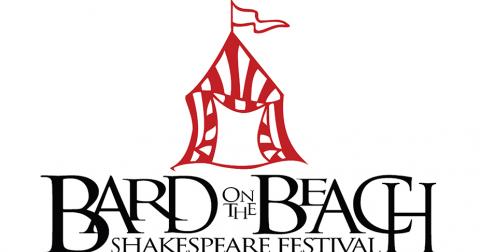 VANCOUVER, BC - I first saw  The Winter's Tale more than a decade ago at Maynardville Open Air Theatre in Cape Town. It was a warm summer night and as the sunlight faded to dark and the moon rose, a gentle breeze rippled through the trees surrounding the stage evoking the ambience of pastoral Bohemia. The image of Hermione, frozen in time, holding on to her belief in the oracle's prediction of her daughter's return, and my emotional response to Hermione's "resurrection" and her reunion with Perdita, have stayed with me over the years.