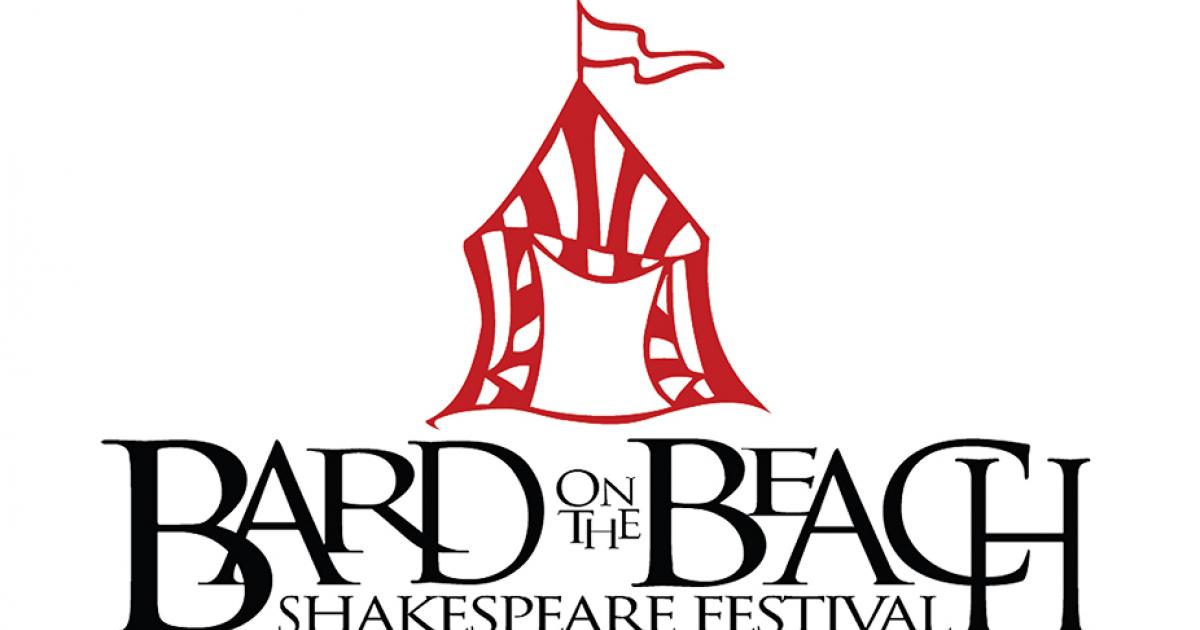 VANCOUVER, BC - I first saw  The Winter's Tale more than a decade ago at Maynardville Open Air Theatre in Cape Town. It was a warm summer night and as the sunlight faded to dark and the moon rose, a gentle breeze rippled through the trees surrounding the stage evoking the ambience of pastoral Bohemia. The image of Hermione, frozen in time, holding on to her belief in the oracle's prediction of her daughter's return, and my emotional response to Hermione's "resurrection" and her reunion with Perdita, have stayed with me over the years.

Unlike that balmy evening in Cape Town, on the opening night of Bard on the Beach's production of The Winter's Tale, a chill wind blew through the tent, twice toppling a statue from its pedestal. But despite nature doing its bit to enhance the dark psychological drama unfolding before us, this production was no less magical and emotional for me. The image of elegant and graceful white clad Jennifer Lines as the Hermione statue coming back to life will also stay with me for a long time

Between the two productions I had occasion to study The Winter's Tale as a literary text and found, as Michael Shamata also pointed out in his director's note, the apparent suddenness and inexplicable nature of Leontes' jealousy and suspicion to be troubling. As with Troilus and Cressida, this year's second play on the Studio stage, The Winter's Tale is classified by some scholars as a problem play because it is does not fit neatly into the genre of tragedy, comedy or history play and it certainly is a play with a split personality.

The duality of The Winter's Tale shows in more than the contrast between the two locations, Sicily and Bohemia. The first three acts, loaded with death and tragedy, false accusations, Hermione's imprisonment, the death of Mamillius, take place mainly in Sicily but end on the "shores" of Bohemia where Antigonus leaves Perdita, Hermione's newborn daughter to die. A brief commentary by Time tells us how sixteen years have passed. The second half of the play is set primarily in Bohemia, where Perdita has grown up as the Old Shepherd's daughter. It is light and comedic, until the final scenes back in Sicily when Perdita is "reborn" as the daughter of Leontes and Hermione. Thanks to Paulina's steadfast and skillful management of the repentant Leontes and her care for Hermione over the sixteen years, reconciliation takes place between Leontes and Hermione, and between Polixenes, King of Bohemia, and his son, Florizel.

Leontes' sudden severe jealousy of Hermione and his suspicion of Polixenes explode out of nowhere. Gerry Mackay's powerful performance conveyed the icy anger of Leontes' jealousy, emphasized by the stark white and blue lighting. Yet although I believed in his emotions, I still found myself questioning why and why suddenly now? As Harold Bloom points out, Leontes "is his own Iago". It is his own inner demon that causes his irrational jealousy. Such an inner demon would not appear de novo, just because Hermione convinces Polixenes to extend his stay in Sicily. Certainly the choice could be made to consider that Leontes had "nine changes of the wat'ry star" to brood about the relationship between Polixenes and Hermione. Perhaps if we sensed jealousy and suspicion from the moment of his first entry, that would make his later actions more believable.

Kevin McAllister's set and scenery design for the Studio Stage looks deceptively simple but is strong on symbolism. Upstage of the playing space, a long thrust stage, the two locations, Sicily and Bohemia are represented by props and art work on either side of the main entry doors. A drawing of a palace together with an elegantly draped figure (the aforementioned toppling statue) suggest the sophistication and urbanity of Leontes' Sicilian court. A boat signifies the escape of Camillo and Polixenes, and the journey of Antigonus with Perdita to Bohemia. On the opposite side of the door a landscape painting, flowers, two busts and two hour-glasses signify the wilderness and the countryside of Bohemia where both Florizel and Perdita grow to adulthood.

As the play begins, Mamillius, young son of Leontes and Hermione, enters carrying a toy ship and a bear. Ironically, these toys which would normally be objects of fun and play here foreshadow the deaths that will result from Leontes' actions. Antigonus will be eaten by a bear, his men will drown when their ship founders in a storm, and the young prince, Mamillius, himself will die.

Amongst the consistently excellent work of the ensemble, Jennifer Lines plays Hermione with a regal dignity and poignancy while Kerry Sandomirsky is a feisty and steadfast Paulina (perhaps my favorite Shakespearean heroine). The ladies of the Sicilian court look stunning in Mara Gottler's dresses, of richly coloured textured fabrics. In Bohemia, Florizel (Torrance Coombs) and Perdita (Anna Cummer) are appealing, credible young lovers. Andrew Wheeler as the roguish Autolycus steals purses, and outmaneuvers the Young Shepherd (Chad Hershler) and his father (Christopher Weddell) with alacrity. The moment when he surfed in on a shopping cart festooned with ribbons to peddle to the country girls, was one of the comedic highlights of the show. Hershler plays the naive young shepherd with honest humour, never falling into the trap of patronizing his innocence.

Along with Shakespeare's great tragedies, The Winter's Tale has always been one of my favorite plays. I enjoyed this production even more than that previous performance, so long ago and far away. The Winter's Tale plays on the Studio Stage till September 22. It's an excellent production. Don't miss it.