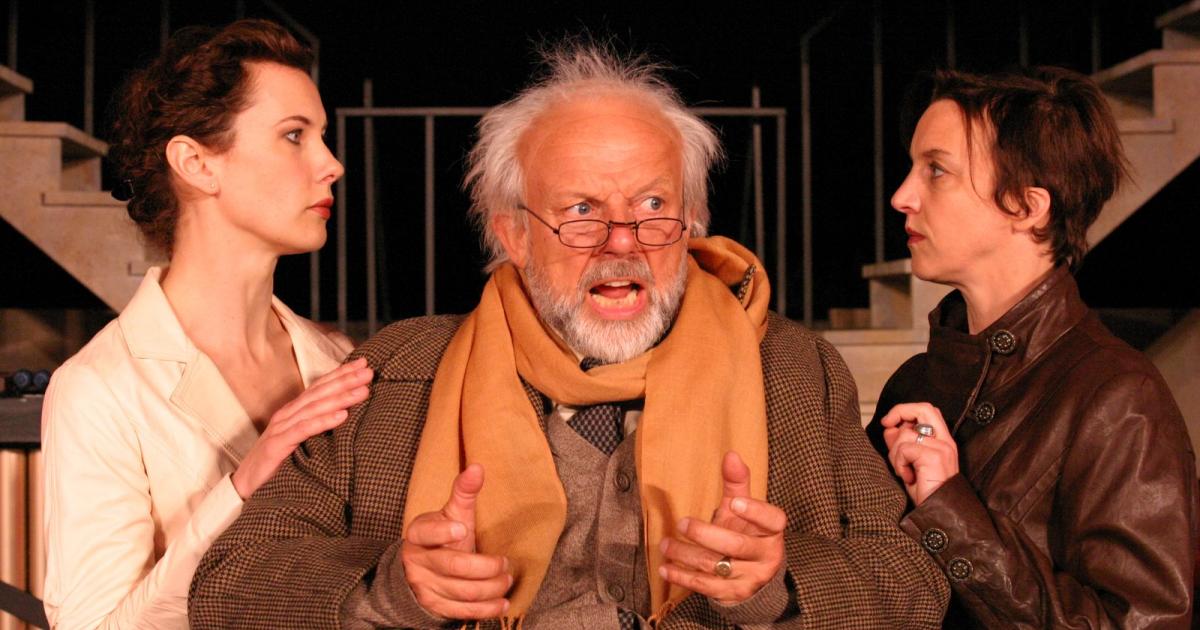 Vancouver, BC: I first read King Lear as a high school student, more years ago than I care to count. It was my introduction to Shakespeare and the start of an enduring interest in his plays, the tragedies and history plays perhaps more than the comedies. I have seen several productions of Lear, studied the play in an undergraduate course and continue to find it one of his perplexing and interesting plays.

I looked back at my last year’s review of Timon of Athens, directed by James Fagan Tait, in which I had found the production to be “compelling in use of choreography and sound”. So I was eager to see what he would do with King Lear.

Collaborating with composer, Joelysa Pankanea, Tait has made music a centre focus within the play. The first indication that this was to be a very different approach came with Cordelia’s first aside to the audience, sung prettily by Melissa Poll. Pankanea, who composed, directed and played together with musician, Mark Haney, and other ensemble members, was on stage throughout the show further emphasizing the centrality of the music. Aside from the music it was the most low-key performance of King Lear I have seen and as a result for me the music overshadowed rather than illuminated the text

The fascination of Lear lies in the intrigue and betrayals of both the primary and the sub-plot. The aged Lear (Christopher Gaze), hands over his kingdom to his two older daughters Goneril (Lois Anderson) and Regan (Tiffany Lyndall-Knight) who profess to love him, while banishing his youngest daughter, Cordelia when she refuses to be forced into false excessive declarations of love for him. Having acquired his power, lands and property, the sisters then make life unbearable for Lear who is cast out into the elements, accompanied by his Nurse/Fool (Patti Allan). Meanwhile Gloucester (Christopher Weddell), is fooled by his bastard son Edmund (Robert Moloney) into believing that his son Edgar (Todd Talbot) has betrayed him.

The apparent irrationality of Lear’s actions and the depth of the filial betrayal by the sisters and by Edmund should tug at one’s emotions. Yet although the directing was innovative and the subtle performances were heartfelt, the deeply visceral tragic response that I have always had to this play was simply not there.