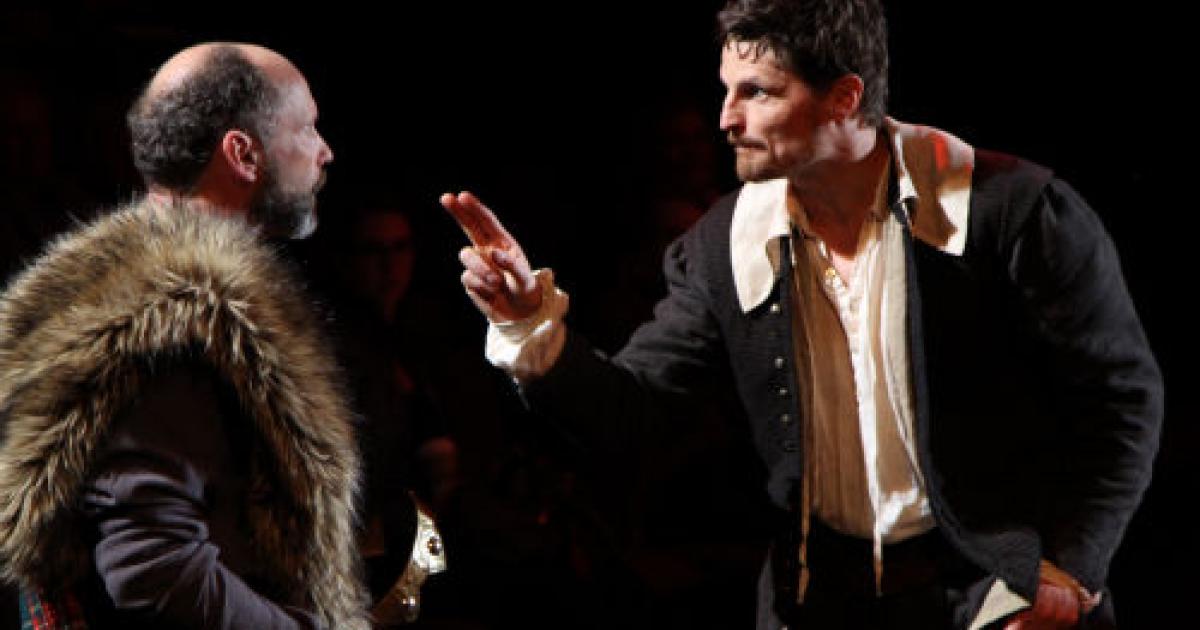 Vancouver, BC: I really enjoy the opportunity to see a play with a Shakespearean “connection”  as the 4th play in a Bard on the Beach season. These plays such as Mark Leiren -Young's "Shylock" or Stoppard's "Rosenkrantz and Guildenstern", that are not of the Shakespeare's writing yet complement the current productions, add a different dimension to the Bard on the Beach experience.

This year,Bill Cain’s "Equivocation", though not specifically related to any of the three other plays on stage,  was an excellent choice and I found the play witty and thought-provoking. Filled to the brim with allusions recognizable to the Shakespearean “in” crowd, it presents an tantalizing imagined tale of how Equivocation's Shakespeare character, Shagspeare, comes to produce one of the Shakespearean tragedies most admired and performed to this day. I'll leave it to you to find out which one.

Shag tells them of his assignment and reluctantly begins to write it. As he gradually learns more about the events his challenge is to tell the truth without being punished for treason.  From the Jesuit Priest Henry Garnett (Gerry Mackay), accused of being the instigator of the Gunpowder Plot, Shag he learns equivocation - how to couch the truth in ambiguous terms open to many interpretations. But he finds this impossible to cope with. Judith (Rachel Cairns),  Shag's daughter, despite her hatred for plays and soliloquies, helps him leading to an unexpected resolutionbut overall I found the character of Judith in Cain’s script to be somewhat obscure.

Bob Frazer as Shagspeare is intelligent and thoughtful as he tries to find truth without risking his life while Anousha Alamian is a deliciously creepy Robert Cecil. In their cooperative acting company roles the conflicts, insecurities and personality clashes in a 17th century troop of actors seem little different to modern times.

I found this an intelligent and engrossing play, cleverly directed by Michael Shamata and excellently  performed. It's well worth seeing. 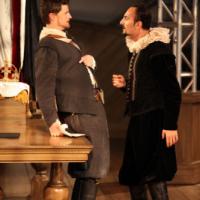 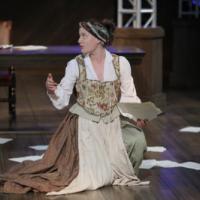