D is for Dancing 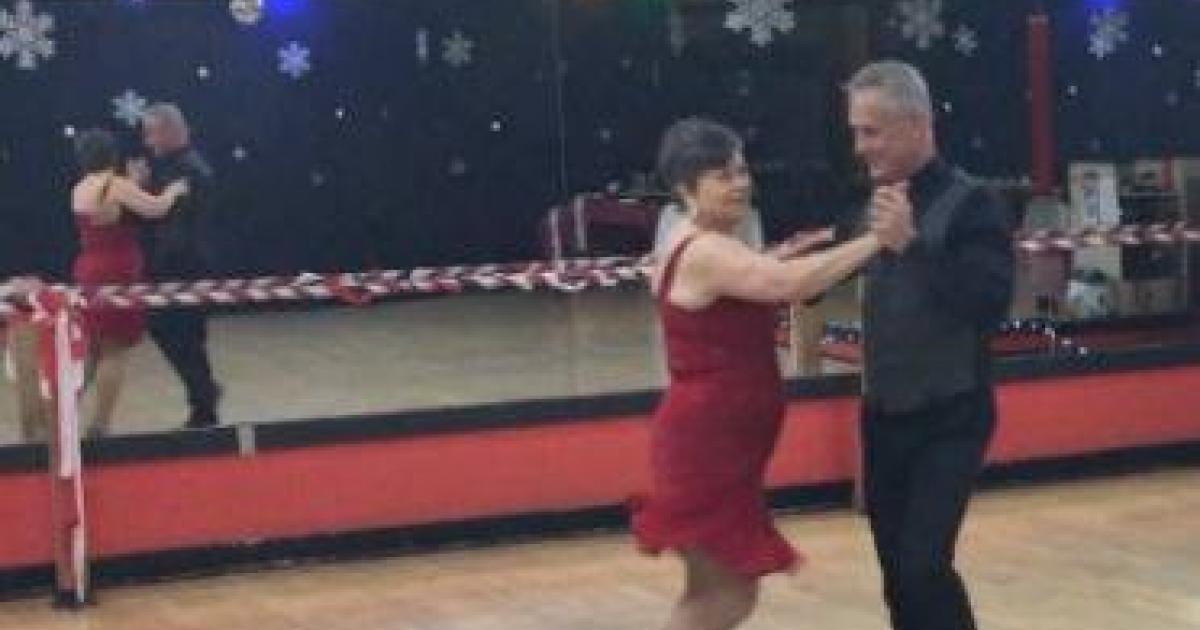 D is for Dancing

I took up ballroom dancing in my sixties, after I retired. In my blue print for a rewarding and fulfilling retirement, three activities topped my list; growing my website (reviewfromthehouse.com), studying ballroom dance and ticking off destinations on my travel bucket list. Becoming a network entrepreneur, as I did 10 years later, was not even remotely on my mind at that time.

So many people have since said to me  “ I wish I could dance but …” followed by “ I have two left feet,” or “I can’t remember the steps” or “I have no sense of rhythm” . But I believe that if you can walk, you can dance. And actually, if you have ever watched wheelchair dance (which is a competitive dance sport) you don’t even have to be able to walk to dance.

Dance, to me, is the ultimate fitness activity combining movement, kinaesthetic awareness,  musicality, interpretation and imagery.  Partner dancing as in ballroom and Latin dances adds other dimensions - sensitivity to the partner’s movement, initiation and recognition of movements. Dance is a specially great social activity and I have met many new friends  through dance. Check out some of my Travelblogues on dance cruising.

The picture above is of me dancing a freestyle East Coast Swing with my instructor at our 2017 studio Christmas party. Here is a video about learning a new step at an East Coast Swing group class.

Another great appeal for me is that unlike the repetitive stress on the joints from running or jogging, movements in dance are constantly varied. How many runners do you know that have needed knee or hip replacements? Dance is also relatively low impact and is a great aerobic sport.

Even though I have all these great reasons why dancing is so good for you, my reason for taking up ballroom dance as a priority on my retirement was simple. I love to dance. And over the years as I have become more proficient in ballroom dancing, my joy in dancing has only got stronger.

The biggest challenge I face in becoming a better dancer, is that I love all the ballroom dances.  I counted up the dances I am working on: American Smooth -  waltz, foxtrot, tango, Viennese Waltz and then quickstep as well.  Latin/Rhythm dances - rumba, cha cha,  east coast swing, mambo, bolero, merengue, samba, and the club dances, West Coast Swing, hustle, Night Club two step, salsa.Then there is Argentine Tango as well. I counted 17.  It's so much easier to become proficient when you just focus on one dance as the West coast swing, salsa or Argentine Tango communities generally do. But I just can't pick one.

In a study of preventing dementia, published in a top medical journal, dancing came out top, beating out other physical activities and crossword puzzles (even my favourite cryptic crossword form). Another study showed that freestyle dancing was more effective than dancing choreographed routines -probably because of the sudden reactions needed. However, sequence dancing in which there is a 16 bar choreographed sequence that is repeated several times during the course of a song, is a very popular dance activity particularly among more mature couples. While  widely done in the UK and Australia, it doesn't seem to be much known in North America.  We are learning the more popular dances here in the hope of getting a regular sequence dance club going.

I can’t believe that I am quoting Nietsche but he wrote “We should consider every day lost in which we have not danced at least once” and I agree.