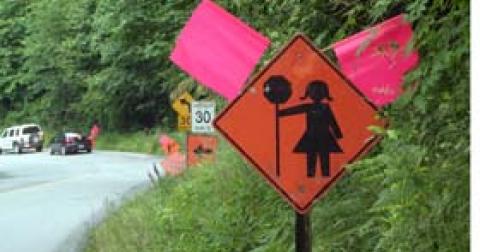 Vancouver, BC:  As a computer-nerd/technophile of long-standing I was intrigued by the concept of taking the multi-player video game concept into the theatre and eagerly anticipated the experience of my personal avatar interacting with some 200 other avatars to conjure up  a new society in BestLand. 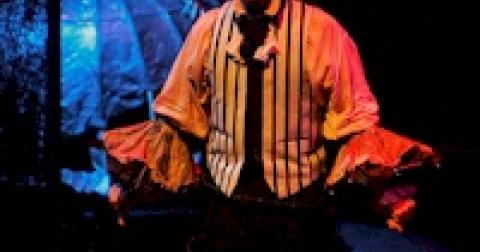 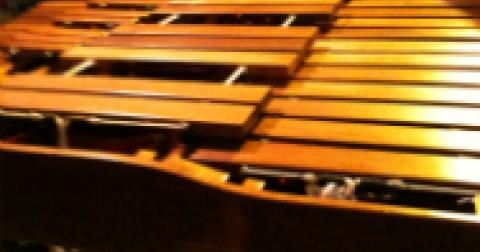 Vancouver BC: My insanely busy life living and writing on theatre, food, travel, and of course dance - the doing of it , not the writing about it, leaves me little time to go to music events but when I read about Sõ Percussion in the PuSh brochure, I could not resist going to this performance.  Rhythm is what my life's about at the moment - I feel the beat - all the time. Maybe a different kind of beat. I'm talking samba, chachacha, waltz, tango but rhythm trumps melody when dance and dance music plays all the time when I am at thome. 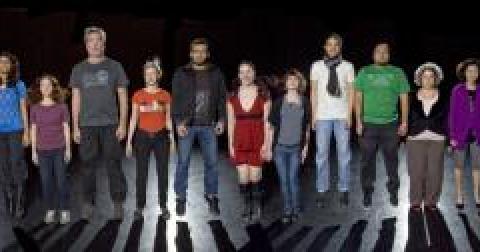 I was especially looking forward to going to see this show  because I anticipated that for several reasons it would be a bit of an adventure . Firstly this would be the first production I would see in the new Fei and Milton Wong Experimental Theatre in the Simon Fraser University complex, newly built on the old Woodwards site. As it turned out it is still so new that I was directed by a security man to an entrance to the theatre complex through a gap in the construction fencing that still surrounds much of the area. 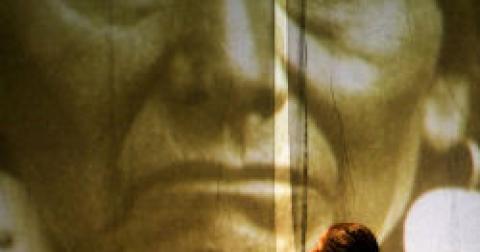 In a unique and rare conjunction, within a four day period, I saw two newly created theatrical works, dealing with similar themes but approached very differently - Beyond Eden and The Edward Curtis Project. After seeing The Edward Curtis Project, I stayed to hear the talk back session in which members of the cast succinctly summed up the common themes of these plays as "obsession and  appropriation". 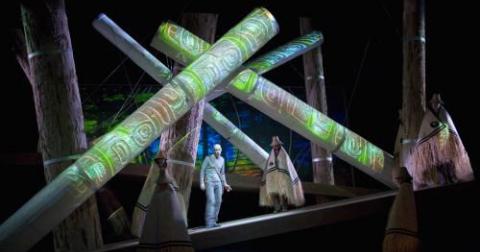 For our pre-show dinner before seeing Beyond Eden at the Playhouse, we decided to visit Chambar Restaurant. I knew that it had been some time since I had last eaten there but was not sure how long. As we were led to our table in a section of the restaurant that had been added since my last vist - our server told me that it had been added more than a year and a half  ago. I hadn't realized it had been so long but I guess time flies faster and faster as we mature! 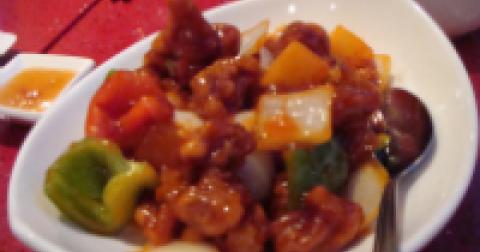 After a pleasant Sunday afternoon spent wandering around the neighbourhood of the new Simon Fraser University campus and the housing developments on the old Woodwards site, we decided to take in a movie at the Tinseltown cinema complex. 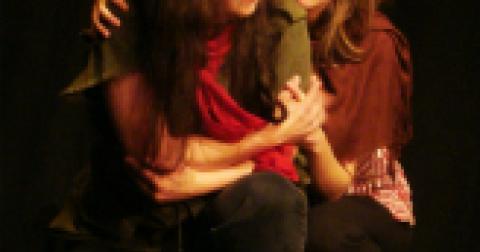 Vancouver, BC: Acclaimed Canadian playwright, Wajdi Mouawad was born in Lebanon and moved first to France and then to Montreal, arriving in Canada  at the age of fifteen.  From 1975 to 1990 Lebanon was ripped apart by a devastating civil war in which hundreds of thousands of Lebanese died, and massive atrocities were committed by the Syrian-backed PLO Muslim militias and Lebanese Christian militias alike.  Beirut, a once beautiful city known as the Paris of the East, was in ruins. For a brief time in his childhood, Mouawad lived in a country at war, and both of his plays that I have seen, Scorched and Tideline, reflect his overwhelming concern with the lives of those who lived through the events of that time.

On an icy cold day, when the wind whipped against my skin till it burned red as if scalded, a friend and I rode the Skytrain out to New Westminster Quay. We had spent the morning riding the new Canada Line to the Airport and back to the Waterfront Station. Our plan was to enjoy a pleasant lunch and explore the Quay area. 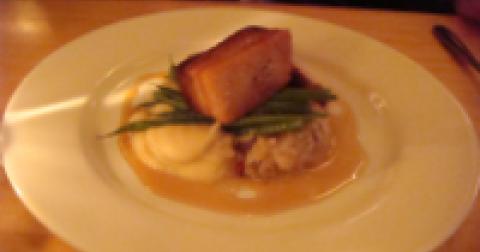 Prior to heading off to the Stanley Theatre to see Mrs. Dexter & her Daily my theatre buddy and I opted to have dinner at Cru. Surprisingly I have not been there before although it is really convenient for pre-show dining if you are going to the Stanley Theatre. And even though it is a slightly longer walk, it is also quite convenient if you are going to the Pacific Theatre at 12th and Hemlock. 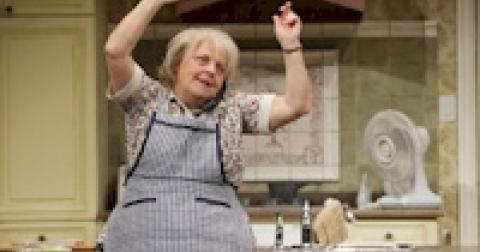 Vancouver, BC:   I loved this show. From the minute the "sunlight" of a new day began to brighten Pam Johnson's meticulously detailed set, the spacious kitchen and dining area of an obviously well-to-do family's home, I was drawn into the unfolding routine of daily life in the Dexter home. The design team, Johnson, Marsha Sibthorpe (lighting) and Philip Clarkson (Costumes) gave director Marti Maraden an attractively authentic environment which the characters created by Fiona Reid as Edith Dexter and Nicola Cavendish as Peggy Randall, the "daily", really seemed to inhabit. 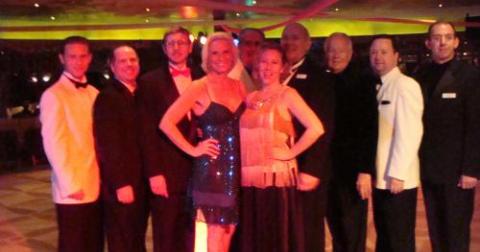 For more pictures click the "read more" link. If there is not a picture of you in this collection that means  I did not get a good one to post.  If you have a great picture of yourself or anyone else to post here please email it to me and I will add it to the collage. 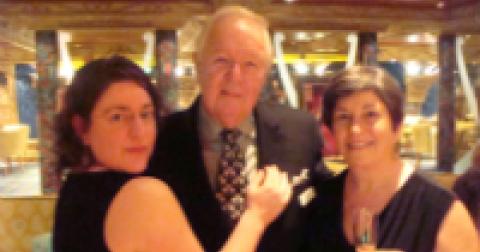 Last night we had a raucous and fun-filled New Year's Eve party. Despite  only a couple of hours sleep I was as energetic as usual when I woke up - though I was really craving coffee.  i think Mike got to bed about the time I usually wake up at home so I didn't think he would make it to the workshop at 10 am.  When our coffee and breakfast did not arrive at the expected time I called to find out where it was. Apparently some yoyos had taken the room service card off our door - it later turned up outside the door of an empty cabin further up the corridor.

By around 8 am we were docked at the pier in St. Thomas, one of the three main islands (with St. Croix and St. John) that comprise the US Virgin Islands. Once part of the Dutch West Indies the islands were taken over by America after the first world war and the islanders are now American citizens.  Charlotte Amalie is the capital and main port. 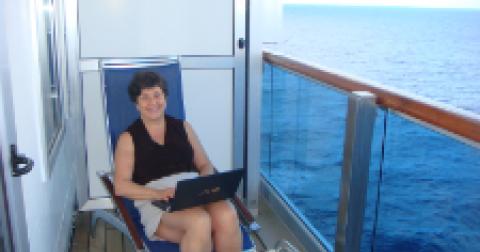 Today is the first of two days at sea and we have 2 hour dance workshops scheduled on both days; These will be on the 4 most common social dances  - rumba and foxtrot, and  waltz and chacha . On the return two days at sea, Wendy has scheduled bolero (one of my favorites), salsa (not my favorite), tango and swing. We were asked to be at Club Verde by 10  am. 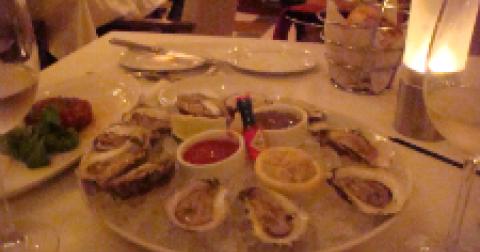 None of us had been to Fort Lauderdale before and we had one evening open for a nice dinner. Some research using food web sites on our I-Phones  led us to 3030 Restaurant featuring " modern American seafood"  by chef Dean James Max.