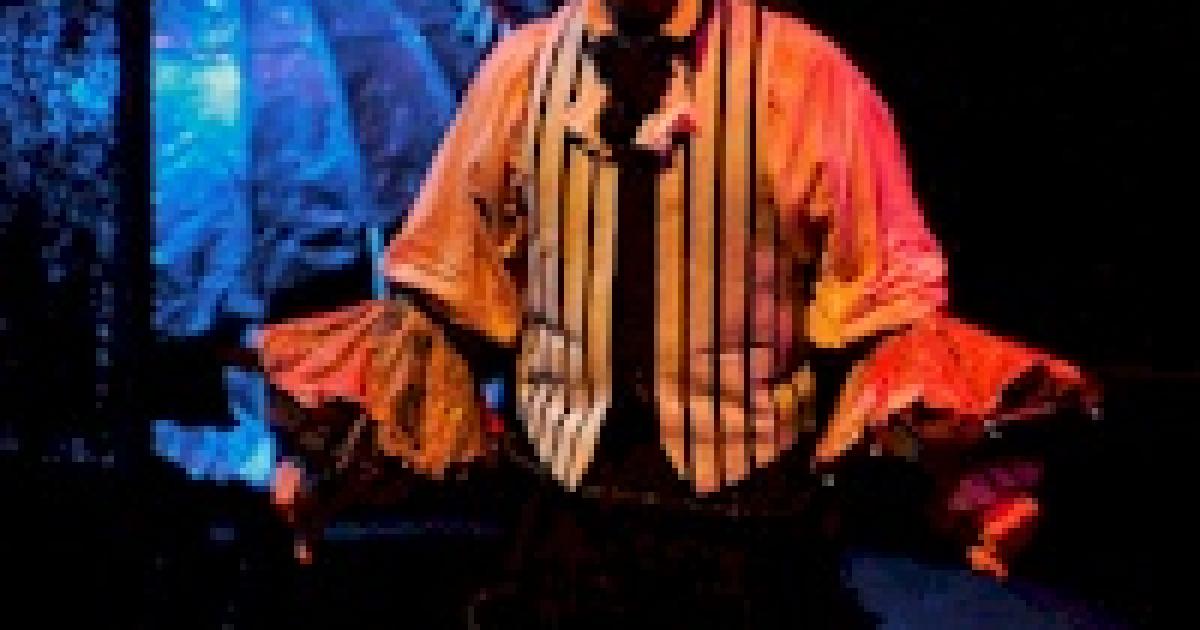 Vancouver, BC:  Wow, they just keep coming. One stunning show after another. I just love the cornucopia of art that is spilling out all over my beloved  city of Vancouver during the Cultural Olympiad. Nevermore is  another superb production not to be missed. The visual aspects  are  spectacular, the music haunting and the effect is strangely disturbing and other-worldly.

As you take your seat, you see a  bank of panels on an otherwise bare stage and think minimalism and simplicity. But these panels will confound your imagination and be transformed by brilliant lighting into transparent moving screens behind and through which strange characters move.  Clad in strikingly geometric and oddly shaped black and white costumes, coloured by red, blue and purple lights, these characters inhabit two bizarre worlds, the imagined "real" world of Edgar Allan  Poe's bitter life and those equally dark and bitter worlds created in his stories and poems.

In the creation of this work, Christenson and Gerecke re-imagine the life of Edgar Allan Poe (played by Scott Shpeley), from his birth to impoverished actors, Eliza and David Poe, to his mysterious, never explained death on the streets of Baltimore.

His life was one of loss, from the desertion of the young family by his father, the death of his mother from tuberculosis,  to the separation of the orphaned children so that Edgar lost contact with his brother Henry and his sister. And the darkness comes through strongly in the half dream/ half nightmare world created on stage.

The rest of the ensemble (Shannon Blanchet, Sheldon Elter, Beth Graham, Ryan Parker, Garett Ross and Vanessa Sabourin)  slip easily in and out of multiple character roles, as Edgar's siblings Henry and Rosalie,  his two loves, Virginia and Elmira, and uncaring foster parents John and Fanny Allan among others.

This is a great  ensemble piece with superb performances by the entire cast; they are strong individual singers and the voices blend together well in various combinations of the chorus. The strange physicality of the dance movements heighten the fantastical feel of the show created by the amazing costumes and sound and lighting effects.

This show is definitely one of the highlights of the PuSh Festival. There are  several excellent shows in this year's line up to see but Nevermore is another "don't miss" production for sure. 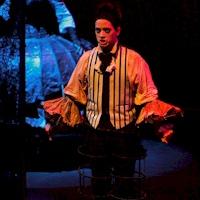