Hop-on, hop-off or stay on for the ride 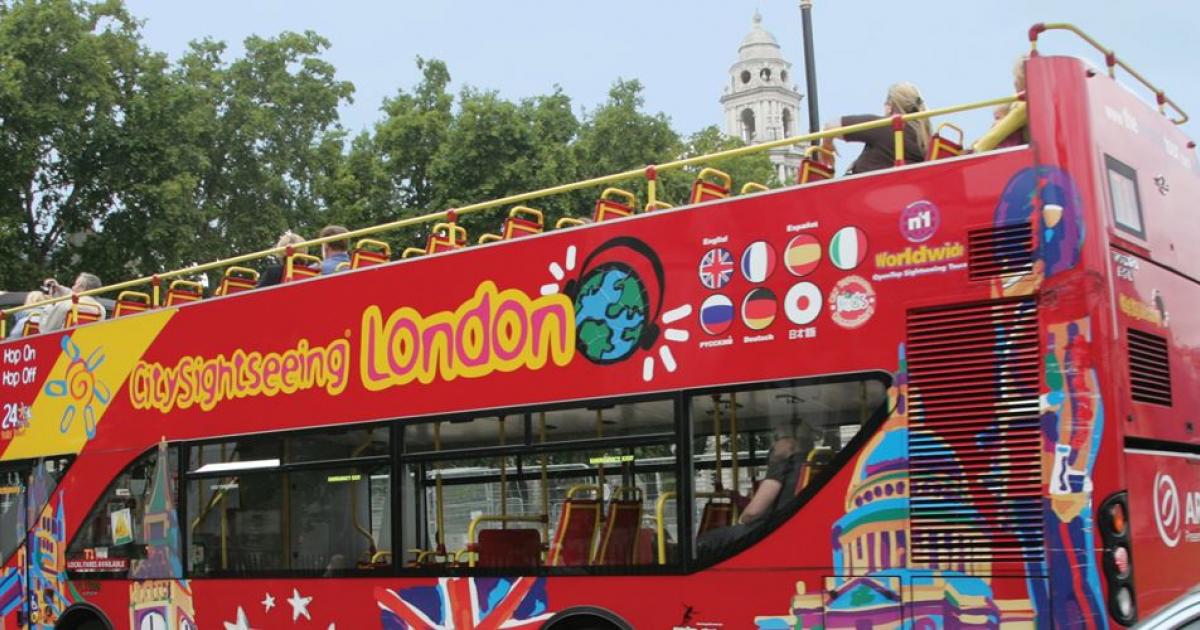 Hop-on, hop-off or stay on for the ride

With nothing special planned till this evening when I go to see “A Voyage round my Father at the Wyndham’s Theatre, some more sightseeing was in order. With a limited amount of time, I thought I would take a tour and see where I wanted to spend my last free day in London tomorrow.

The ever helpful concierge showed me a brochure for the “Hop-on, hop-off” sightseeing tour of London and I thought “this is perfect” so voucher in hand I set off to Leicester Square to “hop-on”.

Although during the course of the 2 and a half hour tour we passed several other tour buses that looked fairly packed for some reason there were only about ten people on the one I took. I sat on the open upper deck with a cool breeze blowing thorough my freshly washed hair. Fortunately, thanks to a quick visit the day before I left, to Emma who has been cutting my hair for about twenty years now, I can just run my hands through my short haircut and it looks kind of ok. As long as I remember to do the running hands bit!

Actually speaking about the weather, which today is mercifully a little cooler than the last few days, I think the Weather Network is playing with my mind. I go on line, make sure I am looking at London, UK not London, Ontario or the other three Londons that are shown, and check out the prediction for the day. For three days in a row it has shown the little icon with rain pouring down, and for there days in a row I have carefully packed my rain jacket in my purse – and not a drop has fallen. Interesting. I find they are much more accurate at home.

The bus went past all the usual sights and tourist attractions. The tour guide had quite a funny patter but he seemed a bit obsessed with “ex-mother-in-law” and “my ex-wife” jokes and comments which were funny the first time but got a bit much. He may be bitter about alimony (is that what they call it here too?) or whatever but that’s his problem – if he really had a wife. The other subject that came through loud and clear was a resentment of the wealthy and especially those who apparently own half of London. More of the class thing, as in the play the other night. I know that this is always a huge issue in Britain but again the snarky comments got a bit boring after a while. And I was actually relieved when we arrived back in Leicester Square.

Among the most interesting sights for me on the tour were the unusually shaped buildings designed by Sir Norman Foster. The first picture is London City Hall, completed in 2003, also known as The Egg. Affectionately, I wonder?. The second is, I believe, a commercial tower, nicknamed the Gherkin and completed last year. I found the design of the Egg particularly of interest because of my curiosity about the spiral design of the high rise building that is going up just opposite my apartment back home. I guess spiral is in vogue in buildings right now. I wish I would have the chance to see inside. The shape seems to be uneconomical on interior space, specially at the top.

Well, just going to pick up some more fresh fruit on the way back to the hotel and then get ready for the theatre.