X: Xenopus Laevus - the frog that changed my life 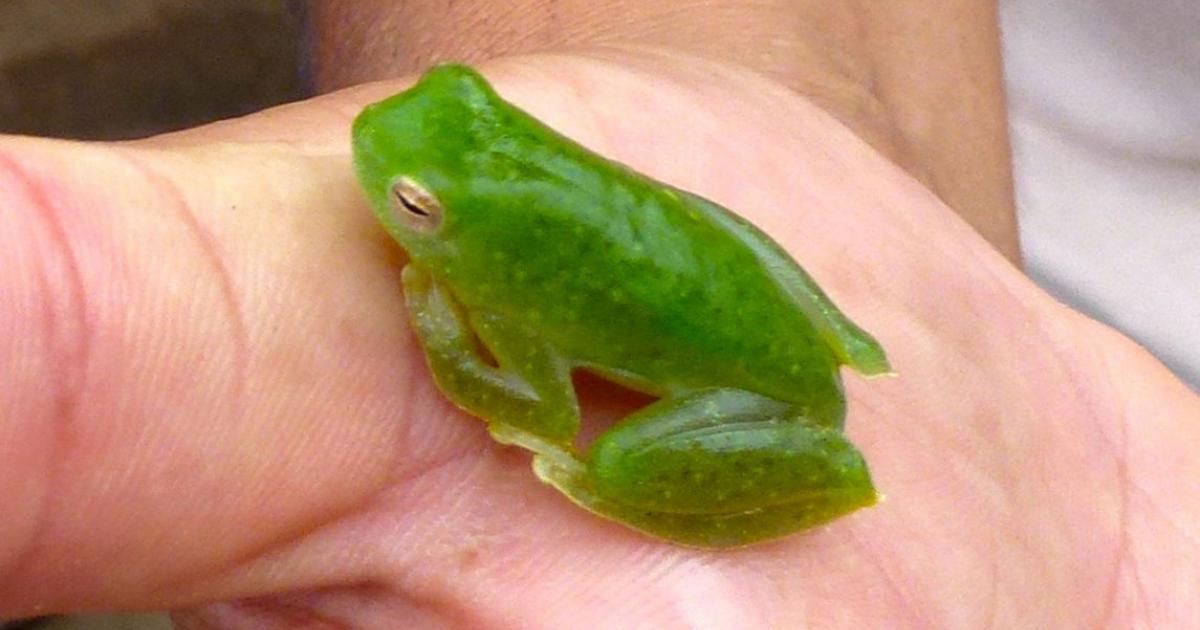 X: Xenopus Laevus - the frog that changed my life

Xenopus is a genus of clawed aquatic frogs native to sub-Saharan Africa. There are about twenty known species in this genus. I first made the acquaintance of Xenopus Laevus, the best known celebrity of this family, in zoology, in my first year at medical school. At that time the primary laboratory investigations that we carried out were simple dissections.  It was in zoology class that I realized that I was far too squeamish to be a surgeon.

If I couldn't even bear to cut up a frog how could I possibly slice up humans? I decided the kind of medicine I wanted to practice involved solving puzzles rather than fixing them which ultimately landed me on the best possible academic career path I could have ever dreamed of in that first year lab. So I have Mr. Xenopus Laevus to thank for 30 wonderful years of medical practice and research.

Anyway I am digressing from Xenopus and its amphibian relative Mr.Toad. As I learned from Wikipedia, frogs and toads are one of the three orders of amphibians.

They are the Anura (without tails) as opposed to salamanders which are the Caudates ( they have tails).

The third order consists of snakelike creatures that I have never heard of; caecelians

The reason I  am writing about Xenopus is because  we saw many different varieties of tiny frogs or toads in our Amazon excursions.

The distinction between frogs and toads is apparently  a very fine line. In general frogs have  longer legs, a shiny mucous covered skin while toads are -  well, more toadlike - with short legs and a thick wrinkled often warty skin.

These frogs pictured here are not part of the Xenopus genus.

I don't know what genus is native to the Amazon area and I have no idea whether these three examples are frogs or toads, but they definitely have no tails.

The green frog looks just like a leaf until you look closely and see it is actually a creature.

Actually when you look at it straight on as in the top picture the brown and black frog could also be mistaken for a leaf.

This last picture is not a frog or a toad but he looked so totally relaxed on his tree branch that I couldn't resist showing him off. 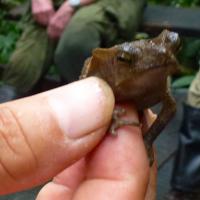 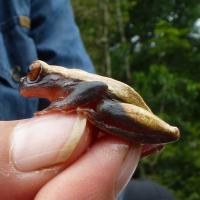 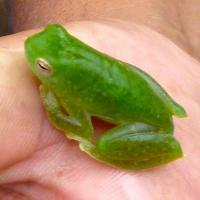 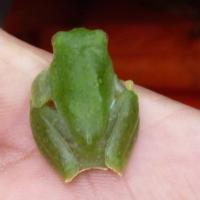 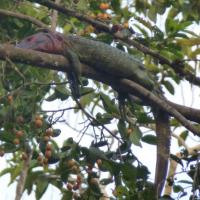