Let the Dancing Begin – and the First Formal Night 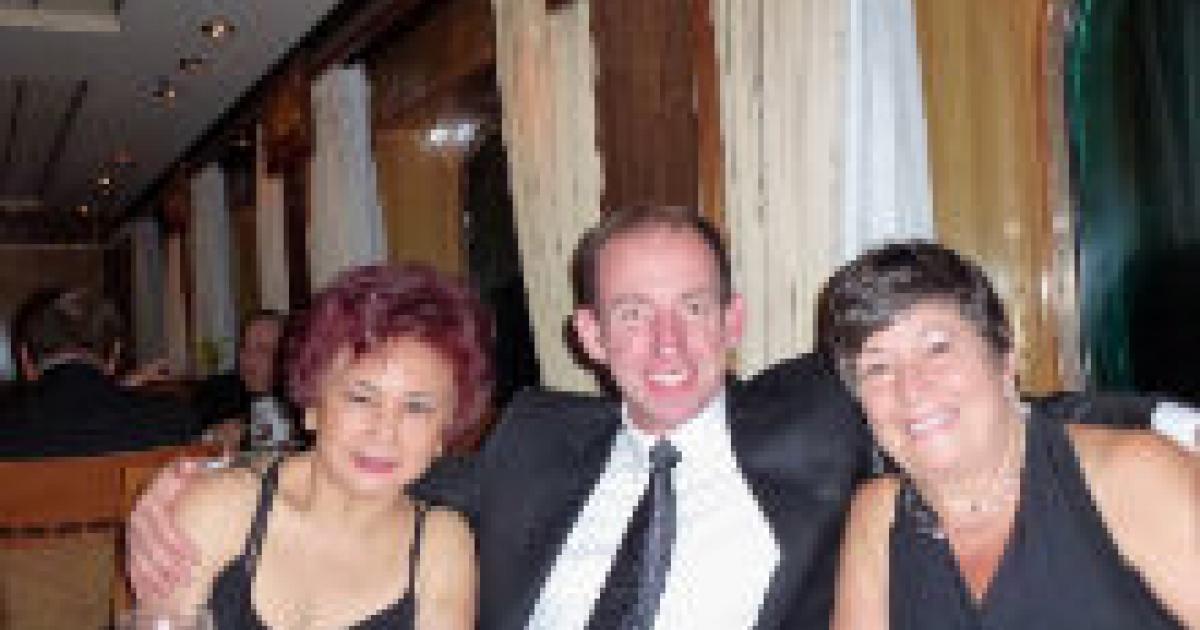 Let the Dancing Begin – and the First Formal Night

With 10 days out of 16 at sea, we will have plenty of dance workshops. The first dance workshop was scheduled for 9:30 in the G32 Disco just behind the Queens Room Ballroom.

All 8 of us were there for the workshop, and Robert had also invited Horst, (one of the QM2 dance hosts, who is also a frequent DAS host) to join us. So for the first time in any of these workshops I have ever been at, there was a dance partner for each of the women.  No complicated rotations were needed. It was great.

For this first workshop Robert had scheduled rumba. After the basics of frame and posture were reviewed and we had warmed up by getting comfortable with the American rhythm rumba count, “1 and 3, 4” versus the “2,3, 4 and” of International rumba, we practiced a simple sequence of the “open Cuban walk.”

How do those professional Latin dancers get that sexy  walk? No matter how hard I try my hips just dont move like that. But my arms are getting better, at least in lessons, so maybe bythe end of this cruise I will have that sexy rumba walk as well.

After the workshop I had lunch in the Kings Court buffet – nothing too inspiring – but then I plan to leave this cruise ship weighing less than I did when I embarked, not more.

That evening our group met before the formal night dinner, in the Commodore Lounge for our welcome cocktail party. All of the rest of us had cruised together at least once before but this was our first chance to meet Dora, who was taking her first cruise with Dancers at Sea, and welcome her to the group.

Just after 6 we headed down to the Britannia Restaurant for dinner.

I decided to try the crab and mango salad from the Canyon Ranch Spa menu, followed by the beef and lobster main entrée.

I have found that lobster on the cruise ships is often overcooked, but both the beef and the lobster were perfectly cooked.

The music in the Queens Room for the Black and White ball was scheduled to start at 9:45 with the Queens Room Orchestra under the musical direction of Terry Quinn.  From 9 until 9:45 prerecorded ballroom and Latin music was played and so we got the chance to get some dancing in before the floor got very crowded for the formal ball. With four guys and four gals in our group, we did not have to miss a dance unless we were too exhausted to hit the floor.

I loved the elegance of the evening with women in every imaginable combination of black and white, with the occasional colour thrown in. The men look so great in their formal wear.

We all took part in the usual Officers Gavotte, which is supposed to get guests mixing, but apart from a smile and friendly greeting, there is hardly time to actually meet anyone.

To explain the Officers Gavotte: People line up around the ballroom, with each man having a lady on either side. Then there are a repeated sequence of steps as follows: - 8 steps forward, 8 steps back, underarm turn for the woman on the right, then turn for the woman on the left, air kiss the woman on the right, then the woman on the left and then the women send the man forward to the ladies ahead, and greet their new partner. The orchestra plays the tune I know as The Teddy Bears Picnic  - I don’t know if it has any other name – and get faster and faster with each sequence.  It is good fun and it gets people out on the floor that otherwise would not venture out.

By the time Robert called it a day, I was quite exhausted but equally exhilarated. None of our group is going to be able to complain about not getting enough dancing, that is for sure. 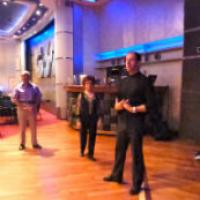 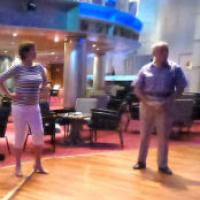 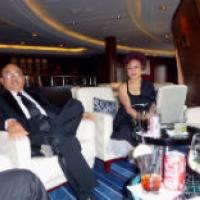 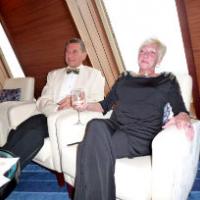 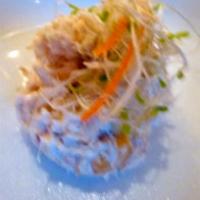 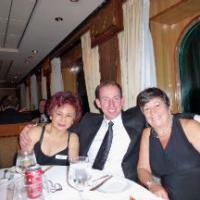 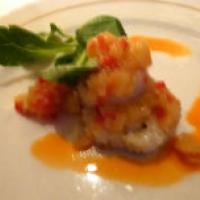