Cochin: From Fishing to Fighting 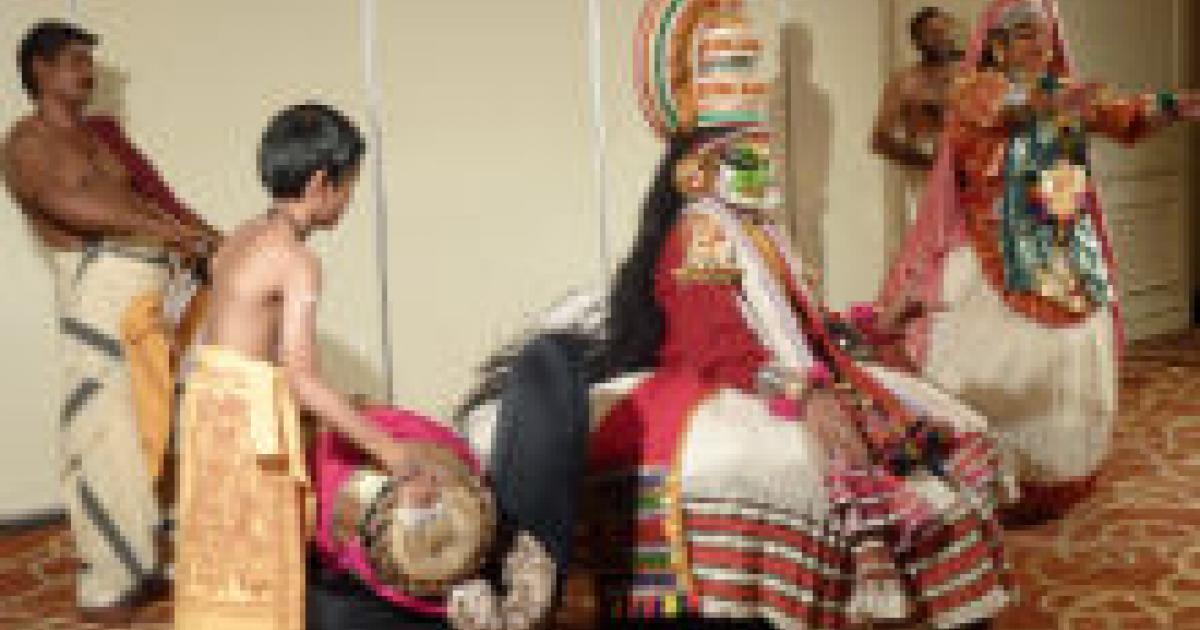 Cochin: From Fishing to Fighting

Cochin or Kochi, is a port city in the Arabian Sea, on the west coast of India in the state of Kerala. The name Kochi translates to "small lagoon" in Mayalam. Mayalam is the local language in Kerala,  derived from Sanskrit and Tamil and is one of 22 official languages of India. It is one of the 85 related Dravidian languages, spoken by 215 million people. Amazing what one learns when going on a ballroom dance cruise!

Anyway I signed up for an excursion that featured two highlights - the Chinese Fishing Nets of Cochin, and an introductory demonstration of Kathakali (the classical dance drama of Kerala) and Kalaripayattu, the ancient martial art of Kerala. Check out the links below to my four YouTube videos of these highlights.

First up on the tour we drove to the entrance to the harbour to see the huge cantilevered Chinese fishing nets. They were thought to have been brought to the area by Chinese traders from the court of Kublai Khan  more than 1000 years ago. We watched how they lower and raise the nets, and Richard decided to try to help raise one of the nets. The video,  Chinese Fishing Nets shows how they are operated. The fish that is brought up in the nets is sold in seaside stalls like the one shown here.

We wandered around the area for a while and then headed back to the bus to go to the 5 star Vivanta Hotel, where we were going to see the demonstration of Kathakali and Kalaripayattu.

Kalaripayattu, we were told, is one of the oldest Indian martial arts forms. It is a compound word, kalari meaning school and payattu meaning fighting exercise. It is the martial art form of Kerala and there are regional differences in the style of performance. Here is a brief video clip illustrating some of the elements of Kalaripayattu.

Although awed by the flexibility and dexterity of the martial art performs, I was most interested in the demo of Kathakali. First developed in the 17th century and based on stories from Hindu mythology, this is the classical dance drama of Kerala.

The art form blends literature, music, painting, dance and acting and the characters do not speak. Everything is conveyed through physical acting, classical facial and hand movements, while the narrative is sung by a different performer.

The five elements of the art are Natyam, the facial expressions, Nritham, the dance with emphasis on rhythm and movement of hands, legs and body, Nrithyam, the drama with emphasis on Mudras which are hand gestures, Geetha - the song and vocal accompaniment and Vadyam, the instrument accompaniment. The instruments are the Chenda (a drum played with sticks), Maddalam (drum played with fingers), Chengila (gong) and Llathalam (cymbals).

Before they performed a brief scene, we watched a demonstration of the some of the elements that comprise Kathakali.

The female character demonstrated the facial expressions that indicate emotions, and then went through the Mudras, hand gestures that tell a story. The facial expressions demonstrated nine different emotions by subtle movements of eyes and eyebrows. The next demonstration was of the 24 mudras, hand gestures that tell a story, that make up the alphabet of Kathakali. These are like a sign language, so you need to be able to read the minute alterations in the position of the fingers and the hands to fully understand what is being conveyed.

The segment we saw featured two characters, a male and a female, who performed to music sung by a male vocalist, and accompanied by percussion instruments.

There are apparently at least 101 different stories thought not all are in current use. Many stories are full of violence. The segment we saw involved a hero killing a female demon by slicing off her breasts and then flicking away the blood from his sword. Nice! 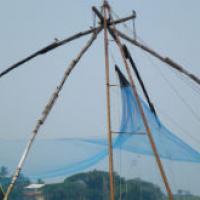 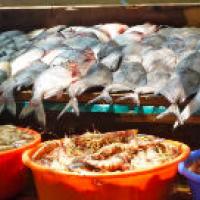 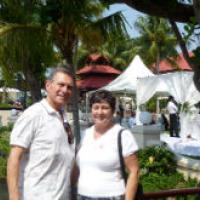 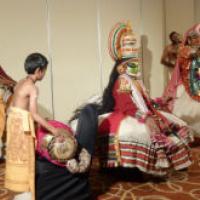 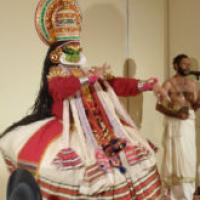 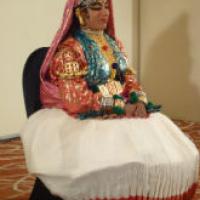