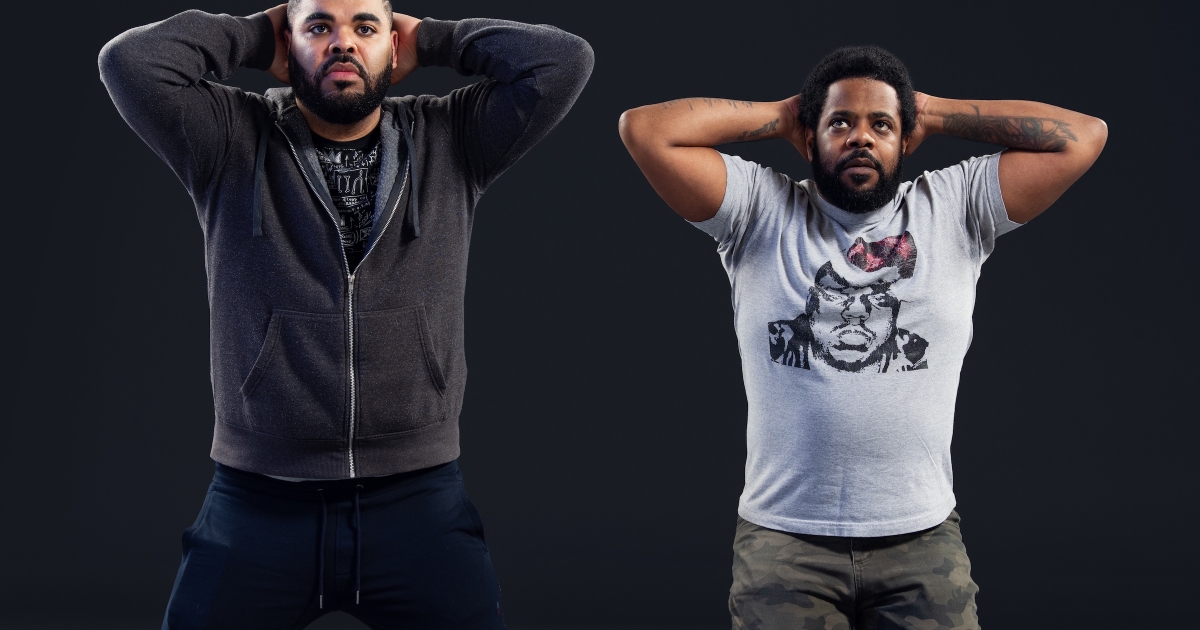 Two young African-American men, Moses (Chris Francisque) and Kitch (Kwasi Thomas) hang out endlessly near a lamp post on the corner of a crime-ridden urban street. As they talk and debate whether they can ever "git off dis block" and escape their mindless existence, they hear gun fire and speculate who is the latest in a very long list, that the po-pos (police) have killed. As the hours pass, they dream of passing over – escaping the city block - and they divert themselves with listing their Top 10 things to have in their Promised Land. At first they talk of champagne and caviar but the reality of simple collard greens and pinto beans, and clean socks in a drawer soon takes over.

The dialogue is fast and they consistently address each other as "nigga". Jarring to me, with constant repetition it becomes background noise in the highs and lows of their conversation.  But then, Into this black ghetto, wanders the very white Mister (Alexander Forsyth), elegantly dressed in an all-white suit, carrying a picnic basket crammed with gourmet deli foods. The n-word so shocks him that he can't even say the word. The same actor also plays the white, racist police officer, a subtle device - or maybe not so subtle - suggesting two conflicting sides to liberal sensitivities about racism and white privilege. i see a contemporary parallel to ultra-liberal district attorneys in several US cities, who seem to care more about the criminals they release back into their black communities than the innocent children and other lives lost when these people reoffend.

All three actors gave excellent performances and the pace was perfect. Unlike Beckett's Waiting for Godot where, as critic, Vivian Mercier wrote, "nothing happens twice", for these two Black men, hoping for the promised land but trapped in hell, something is happening all the time. Nwandu trumps Beckett in that respect.

With Marjorie Prime, and now Pass Over, Ensemble Theatre has brought two remarkable plays to Vancouver. I hope they get the audiences these plays deserve. There are 6 performances left, 3 of each play. I recommend them both.