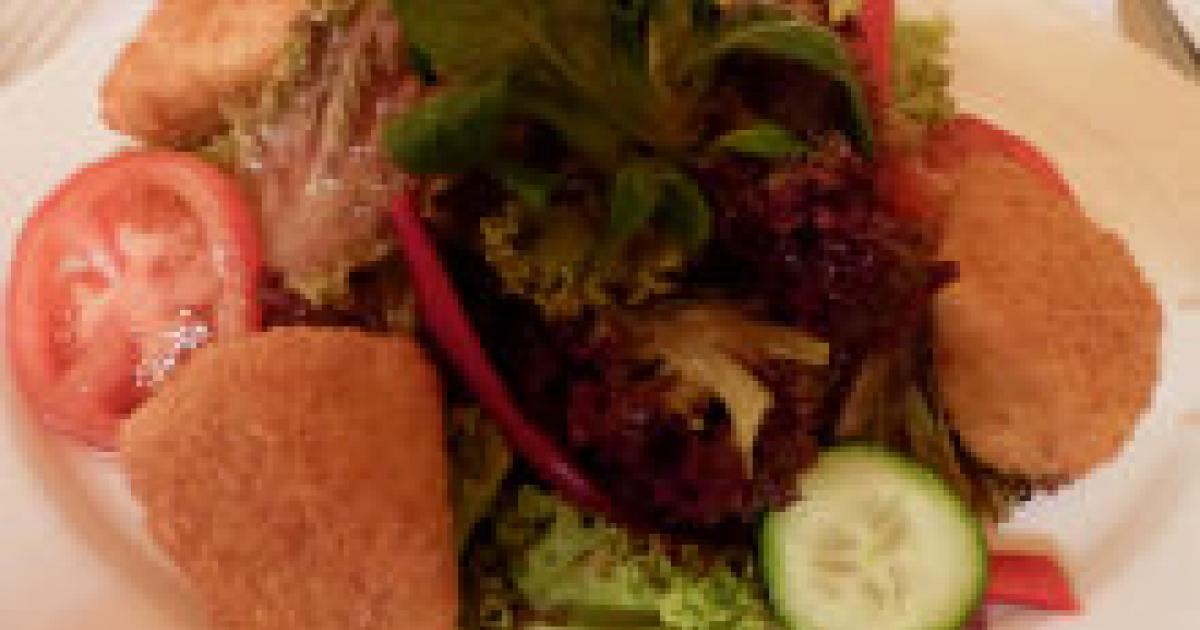 For our last evening in Vienna we chose to have supper  just up the road from our hotel, at the Restaurant Koenig von Ungarn. It was located right near the building where Mozart  lived for three years from 1784 to 1787 during which time he wrote Le Nozze di Figaro.

For starters we respectively chose the Erdapfelsuppen (creamof potato soup) and the Pflücksalate (green salad with fried sheep's cheese).

My main course of Flugentenbrust (duck breast with orange-cranberry sauce), red cabbage and potato noodles) was very good though I did not eat the potatoes, which were more dumpling style than noodle.

To conclude the last meal in Vienna, at this time at least, dessert naturally was the apfel strudel. 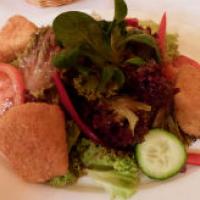 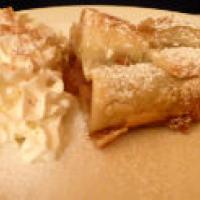 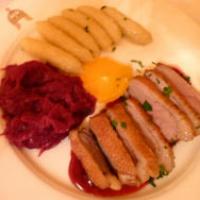