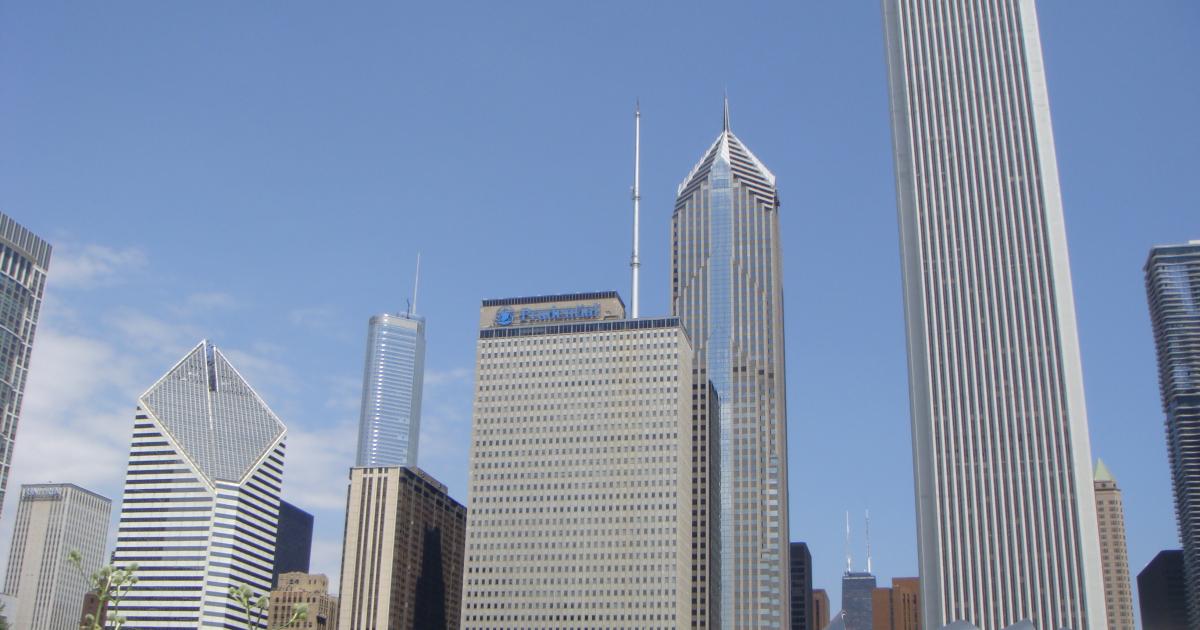 Chicago is one of my favorite US cities to visit - a feast for the eyes, the heart and the mind.  Stunning architecture and man-made green spaces complement  the natural beauty that comes from its location on the south-west shore of Lake Michigan.  As I wrote on my last visit to the city in 2006, Chicago has a  theatre scene that rivals New York or London - (Why Chicago dominates American Theatre, Part I  and Part II) - and it is also a paradise for foodies. Reluctant as I was to leave Vancouver at this glorious time of year, I was anticipating my five day trip to Chicago with excitement.

This venture began when I opened a letter from the Canadian Society of Clinical Chemists informing me that they were honouring me with the 2009 Education Excellence award that would be presented at the 2009 joint conference of the CSCC and the /American Association for Clinical Chemistry. I was initially stunned by this recognition - but rapidly became excited at the thought of attending the conference and renewing friendships with  colleagues from all over North America, whom I regularly met at conferences during my medical career. As well, one of my closest friends from medical school days in Cape Town now lives in  Chicago and I planned to visit  her and her husband for a couple of nights before checking in to the hotel.

My United flight was scheduled for 9:04 but as usual I got to the airport with plenty of time to spare. Yesterday I drove my kids to the airport after their visit. Both yesterday and today I found the airport to be unusually quiet for this time of year. On my drive in the taxi driver confirmed that things were much slower than the same time last year. I guess it is a combination of the decrease in cruise traffic through Vancouver, and the fact that people are traveling less with the recession. Or maybe YVR is gearing up to deal with massive crowds next  year for the Olympics and things are just working more efficiently than before.  We will see how fast the luggage appears on the carousel on my return trip!

Perhaps it was the fact that my mind was occupied with enjoying my kids visit, or maybe its just a question of some vanished neurons  but somehow I managed to have a problem with on-line check in. I had booked my flight through Air Canada but it was a code share flight operated by United- which meant no seat selection was available at the time of booking. When I tried to check in on line as usual, the Air Canada site would not allow it. Hmmm, I thought - just have to get to the airport even earlier than usual.  Four hours later a lightpbulb lit up in my brain - check-in on line through United, you dope, I thought. - I guess it must have been a question of vanishing neurons!  But by the time I did my on-line check in through the United web site there were only three economy seats showing as available- all centre seats in the last and second last row. I decided to heck with discomfort and paid for an upgrade to Economy Plus where I could get an aisle seat.  Good decision even if it cost me quite a few dollars.   When I arived at the couner to drop off my bag, the agent changed my seat to an exit row - great- even more comfortable.

The flight was packed full and we actually left minutes before the scheduled time. The people seated next to me were uncommunicative and the film shown was of no interest to me so I worked on my cryptic crossword puzzle - about 5 clues left to figure out before next Saturday - did a couple of sudoku puzzles on my Nintendo trying to decrease my solving time - its that old competitive streak- even though i am only competeng with myself -and began a book on my EBook Reader. Speaking of the EBook Reader, it has proven to be an absolute boon. As a voracious speed reader, my suitcase always used to be weighed down by books. Now I download about 10 books at a time onto my reader and it gets me through my travels with no problem. My back and shoulders thank Sony!

The flight was smooth and we arrived early. Of course there is no food provided unless you buy their packed meals but I fortified myself with a Trail Mix of nuts, seeds and dried fruit that I washed down with water. As I was making my way to the baggage carousel I saw my friends walking in  the area. Great timing. I was amazed that the bags were out in minutes. It could not have taken more than 5 minutes for me to make my way to the baggage area, and my bag was already there. Amazing when you consider the volume of flights through O'Hare. Vancouver Airport should take some lessons from the baggage handling at this huge busy airport.
We retrieved my small suitcase and made our way to their car to head out to their apartment in Lincoln Park.  With only two evenings to exploit we had a lot to pack in.

After I settled in and hung up my clothes, I munched on a small plate of cheese, crackers and sliced turkey while we planned our schedule. With only four nights and five days in Chcago and the conference to attend, I needed to be strategic in my coice of dining and hopefully at least one theatre expereince.  Our first venture was dinner that evening at Takashi Restaurant - and by 7:30  we were seated in the restaurant enjoying a glass of wine and an excellent meal. By the time we returned home, despite the fact that Vancouver is two hours behind Chicago time, I was ready for bed and looking forward to the next day's explorations.
. 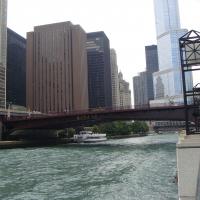 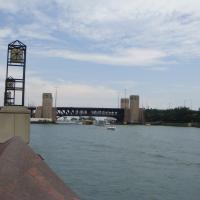 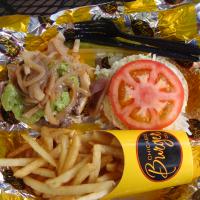 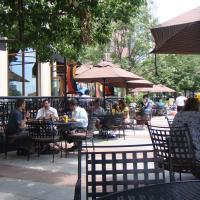 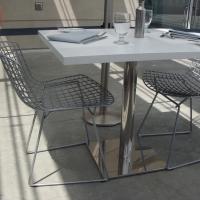 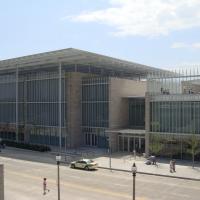 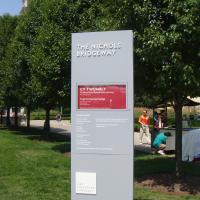 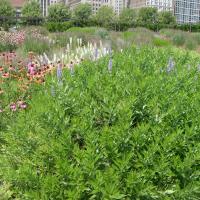 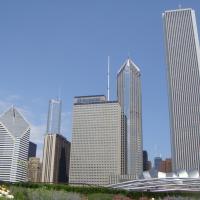