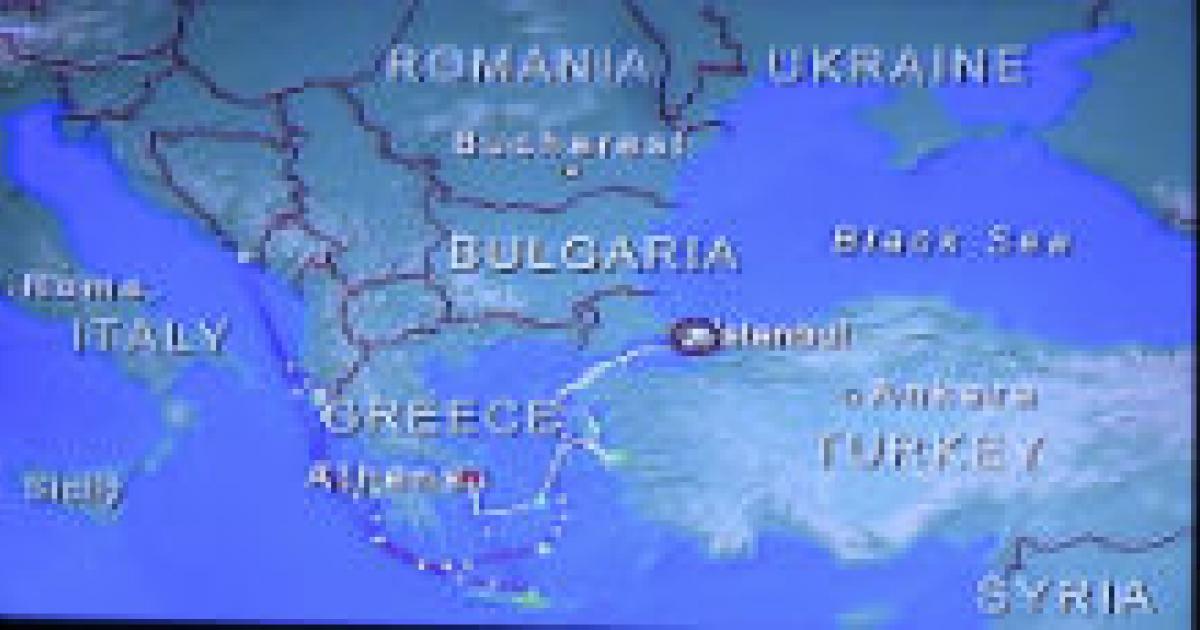 Istanbul was founded by a Greek colonist, Byzas, around 660 BC, and known as Byzantium for nine centuries. Later in 330 AD the Roman Emperor Constantine renamed the city Constantinople. Over the next 16 centuries till modern times it was the capital of four major Empires. These were the Roman Empire (330-395), the Byzantine Empire (395-1204 and 1261-1453), the Latin Empire (1204-1261) and the Ottoman Empire (1453 to 1922).  Today though, Ankara and not Istanbul, is the capital of The Republic of Turkey.

To reach Istanbul the Queen Elizabeth traversed the Dardenelles, a narrow strait that connects the Aegean Sea to the Sea of Marmara. The Dardenelles used to be known as the Hellespont - a name known for the fateful love story of Hero and Leander. Hero, virgin priestess of Aphrodite, and Leander fell in love. He swam the Hellespont at night to visit her. One night when the guiding light from her tower was out, he drowned, and she learning of his death drowned herself.  In 1810, the English Romantic poet, Lord Byron,  swam the Hellespont in honour of Leander.  Today there is an annual swim in August from the European to the Asian side to commemorate victory in the Turkish War of Independence.

The divided sections of Istanbul as you can see from the picture lie at the entrance to the Bosphorus, the strait which connects the Sea of Marmara to the Black Sea. The Golden Horn is an estuary which branches off from the Bosphorus where the strait enters the Sea of Marmara. This curved river formed a natural harbour for the ancient city of Byzantium. It separates the European section of Istanbul into two areas.   To reach the peninsula where the Blue Mosque and Topkapi Museum are located you travel across the Galata bridge.

We booked a cruise on the Bosphorus for the following morning but for the first day in Istanbul we planned an excursion to take in those “must sees” of Istanbul;  the Blue Mosque, The Hagia Sophia Museum and Topkapi Museum.

Even this late in the season the line ups to enter these sites were horrendous and much as I admired the splendid blue mosaics of the Blue Mosque, and the glittering artifacts of the Topkapi Palace Museum,  I got the "been there, done that,  don't need to see it again" feeling after the tour. My favorite stop was the Hagia Sophia.

The Blue Mosque is still a functioning mosque so tourist visits are allowed in between the prayer times.  After ages in the line up, you enter a passage where you have to remove your shoes. Rather like the airports, I would rather deal with shoelaces and wear socks and runners, than have the convenience of sandals but walk in bare feet.

The interior is attractive with a variety of blue patterned tiles but the place was jam-packed with other gawking tourists all trying to take photos, and I was happy to leave and get into the fresh air. As a tourist in religious edifices like cathedrals and mosques I am a bust. The thought of the money and labour poured into these massive creations, turns my atheist blood cold. So much evil has been committed, and still is being committed,  in the name of religion.

After exiting the mosque and putting on our shoes we walked over to the Hagia Sophia. I found this place much more interesting as an engineering or architectural feat. Now a museum, the Church of Wisdom was built around 535  by Justinian, and became a mosque when the Turks captured Constantinople in 1453.  The famous central dome lies between two half domes, which originally together equaled the diameter of the central dome. Even though looters removed some of the marbles, gold and silver, the interior is still quite beautiful.

From there we went to the Topkapi Museum. Again the line-ups to see the various artifacts and jewels were very long. There was pressure for people to move quite quickly past the various showcases as more people crowded in from behind, and I found it difficult to see much over the shoulders of large pushy people.

Then it was back to the bus for a ride to the area of the Grand Bazaar. First we were taken to watch a demonstration of how Turkish carpets are woven. We saw a panoply of exquisite designs while they served us apple tea. I am not a tea drinker but I had to admit that this was quite delicious.

Then we wandered around the Grand Bazaar for a while before heading back to the bus. Saw some tempting treats.

As we were in port on the Europe side of the city, our intention had been to get a taxi and go across to the Asia side for supper, but our guide dissuaded us as there was major construction going on and the rush hour traffic was horrendous. So instead we returned to the ship and then met to go and eat in one of the restaurants on the harbor front about a twenty minute walk from the ship. We enjoyed a terrific seafood and salad dinner, at a table with a view out over the harbour.

The Queen Elizabeth remained in Istanbul overnight and the next morning we were up early for a river cruise up the Bosphorus towards the Black Sea. The  overall tour was about 3 hours and we traveled along the Western or European shore for about 90 minutes and then sailed back along the Eastern (Anatolian) shore. Much of the Eastern shore was lined with attractive -looking vacation homes, as well as cafes and restaurants.

We sat on the open upper deck of the boat, which allowed us great views and photographs. It was sunny but quite chilly and of course the wind on the open deck at times necessitated bundling up to keep warm but overall I enjoyed this river excursion more than the land tour.

Later that afternoon, the ship left the harbour to continue the cruise south to Izmir.

Later in the theatre we saw Hotel Royale, a lively and funny musical performance. I have been quite impressed by the technical elements of the shows.

The sets have been fantastic, the lighting is great and the acoustics of the theatre are excellent. I love the fact that we can see an entertaining show almost every night, and the four singers on this cruise work together so well. 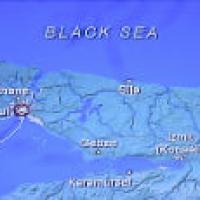 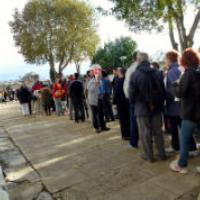 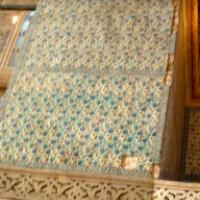 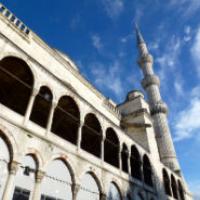 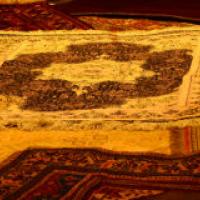 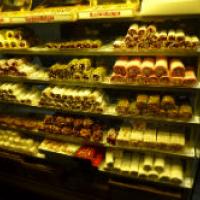 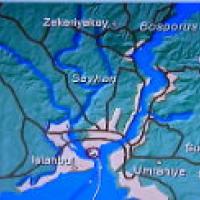 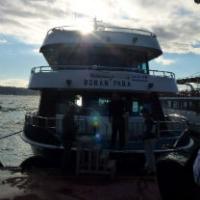 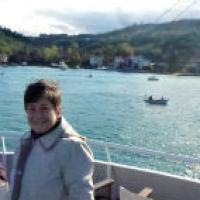 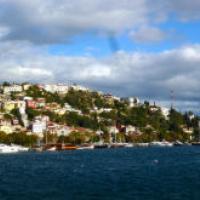 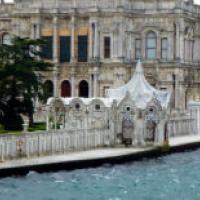 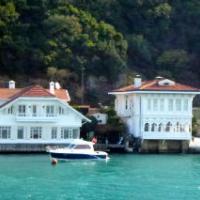 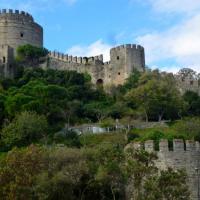 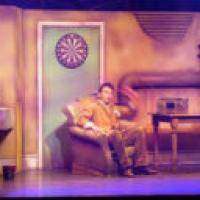 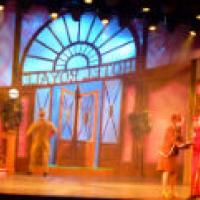