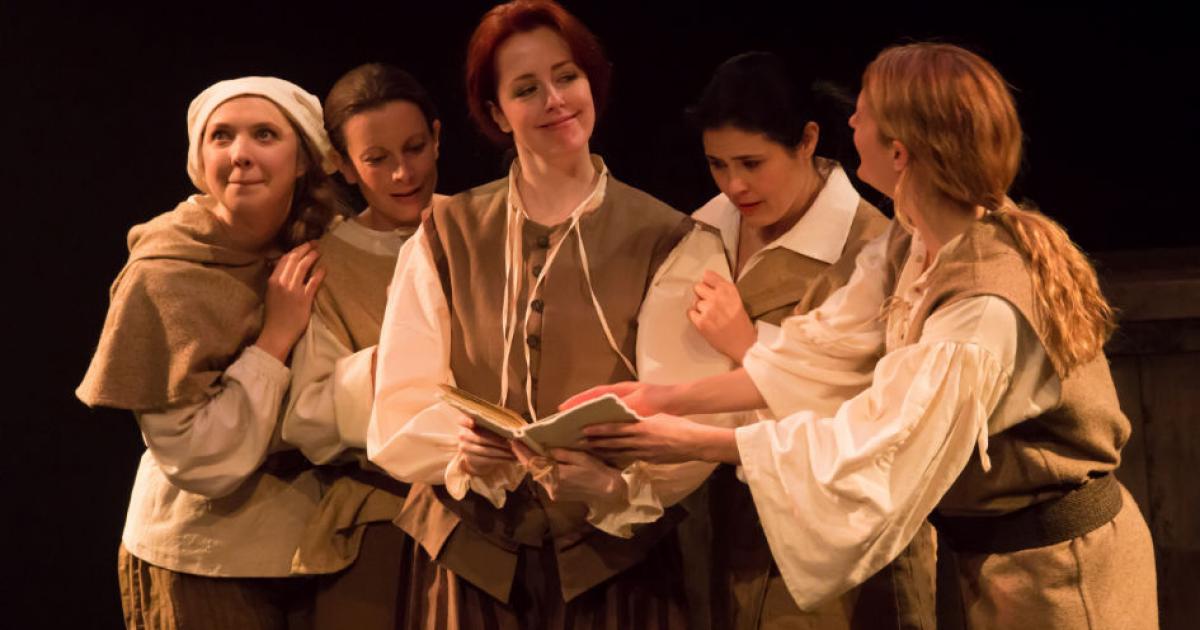 Miss Shakespeare
Book and lyrics and choreography by Tracey Power
Music co-written with Steve Charles
Directed by James MacDonald
Musical Direction by Steve Charles
The Escape Artists in association with Musical Theatreworks
Performance Works
Playing in repertory with J. Caesar, May 5 to 18th, 2015 at Performance Works
and May 21 to 29 at the Kay Meek Centre, in West Vancouver.

At a time in our society when women students outnumber men in many of the professional schools we forget that it is really not that long ago that women were discouraged from becoming doctors or engineers and were steered into more "feminine" careers.  So Judith's rebellion against the status quo struck a chord with me.

Written by the talented team of Tracey Power and Steve Charles who created and directed the wildly successful musical Chelsea Hotel, Miss Shakespeare brings together an ensemble of seven talented women, each of whom plays a character with a story that illuminates a facet of life as a woman in those times.

Susanna (Caroline Cave) is Judith's older, married sister, who loves Judith and wants to support her, but can't risk the disgrace that she could bring on herself and her family. Hannah (Pippa Mackie) lives with the disgrace and shame of being the child of an unwed mother. Katherine (Medina Hall) has yet to deliver a live child and tells the story of her 14 miscarriages in a haunting song.  Margaret (Erin Moon) is married to a church man who has never consumated their marriage and wants desperately to be loved.  Isabel played by Power, is a tomboy daughter with a whole swack of brothers  to keep her in her place.

Judith convinces Tom (played in turn by several of the actresses) to let them use the basement to rehearse. There Judith is visited by Quiney (Susinn McFarlen), an ambiguous character who sometimes dons a mask as The Bard to dispense parental advice while also getting inspiration from his rebellious daughter. After months of rehearsals, the girls head out dressed as men to stage their play - with an unexpected result.

Loved the music and the clever, often raunchy lyrics, the costumes and the ensemble work. It's great to be present to see the birth, so to speak, of an exciting and innovative new musical.  Definitely worth a visit. See it. 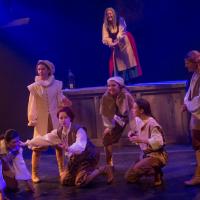 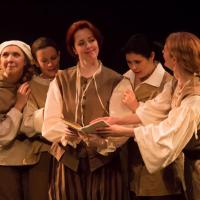 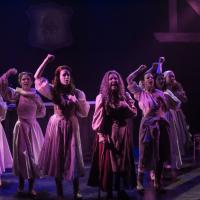