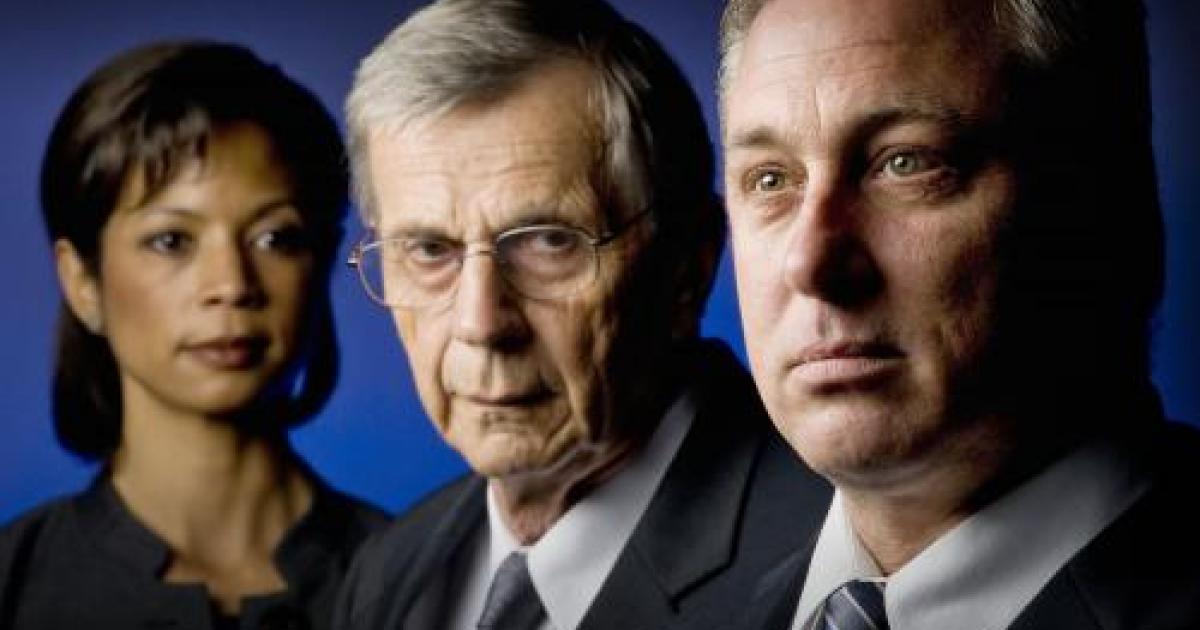 Vancouver, BC: I eagerly anticipated that  British playwright, David Hare's "Stuff Happens", about  the road to the  Iraq war,  would be a fascinating and provocative  play. Unfortunately for me it wasn't. During the time that I used to write "Rants, Raves and Reviews" it was not often that I felt compelled to rant. This time I do. Despite some interesting performances I found this play  annoying, superficial and far too long.  It runs three hours and even in the first act  I was wishing that my watch had a luminous dial.  But I will point out that at least after the first 90 minutes as I walked out to the foyer mumbling irritably to myself, several of my friends were quite animated in their enthusiasm for what they had seen so far.

In the author's note,  Hare describes this as "a history play which happens to centre on very recent history." Through a series of commentaries addressed directly to the audience, interspersed with discussions and "meetings" of  George Bush, Tony Blair and their key advisors, Hare attempts to create a devastating indictment of the way in which  Bush and Blair drew their respective countries and their allies into the war in Iraq. Hare states that he quotes people verbatim and that nothing in the narrative is knowingly untrue.  I think one woud be hard pressed to find anyone today who does not consider that the conduct of the war and post-war activity  is a disaster, so the play is preaching to the converted. It really isn't necessary to hammer home this single message like a pile driver  - pound, pound, pound. Couple that with Glen Cairns' portrayal of Bush as a moronic hillbilly, and the rest of his advisors as spineless sycophants, it results in a one dimensional,  Michael Moore-like mockumentary (no I am not a Moore fan!) with no narrative arc and no dramatic tension.

Director Donna Spencer's  large cast of experienced actors have their work cut out for them.  Although several may bear a physical resemblance to the characters they are playing, they do not convey any sense of the immense power that these people wield. Long before she became National Security Advisor and then Secretary of State,  I watched  Condoleezza Rice gave a keynote address to a conference of several hundred CEO's and CFO's from major American and Canadian companies. An elegant, charismatic, eloquent speaker, she captivated this hardboiled audience. For an hour you could have heard a pin drop in the hall. Yet although Catherine Haggquist converys a sense of  Rice's style and intelligence, in this play she is reduced to the "token girl in an old boys' club."

Well enough ranting. Did I like anything about this production? The saving grace for me was the  work of Craig Alfredson and James Foy in the design and programming of the stunning scenes projected on to 10 large screens. From razor sharp images of the White House to the devastating pictures of the horrors of  9/11, this was really well done. Focussing on cool green projections of the tree-lined access to Camp David and  mountainside views  helped me keep relatively calm.

This play may make fervent  anti-Bush and Anti-Americans feel good but it's not great entertainment and certainly not a comedy,  although on opening night one woman laughed loudly at almost every line. But it  just seems to me that if you want to question how it came about  that these leaders of the free world could trap us in such a quagmire, you won't make your point by turning them into cartoon characters.

I rarely am as negative about a show as I have been in this review. If you disagree and think it's great theatre I encourage you to comment on my review. Obscene language will not be published but otherwise feel free to express your views.