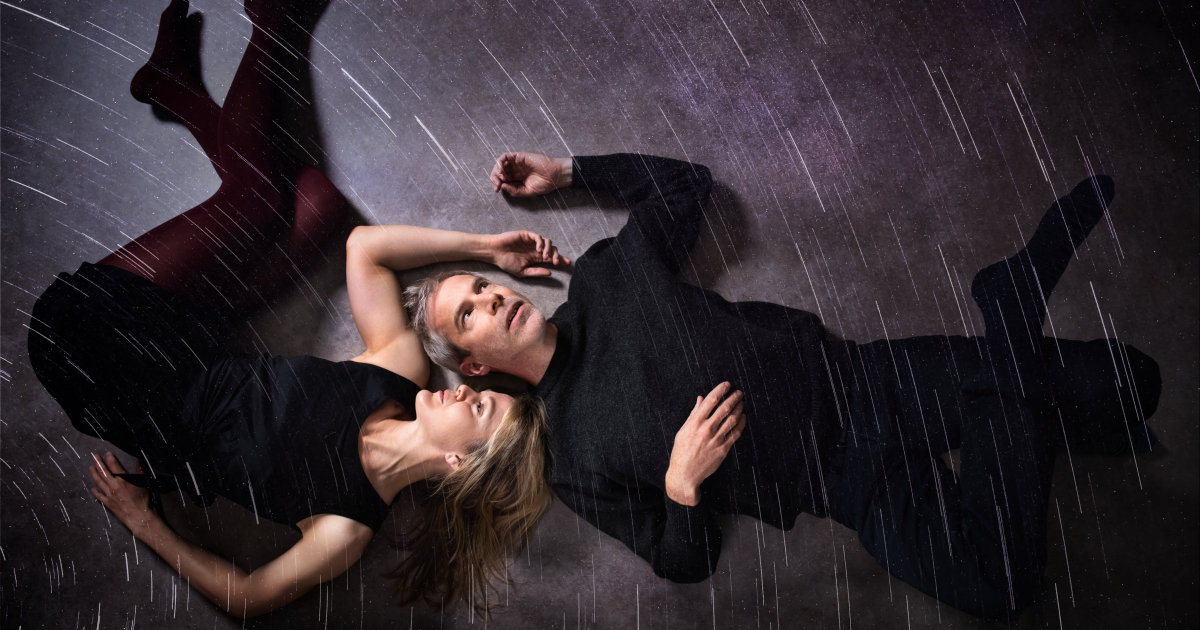 Vancouver, BC:  Time suddenly became of paramount importance for me when out of town travel and a January snow storm converged to almost cause me to miss seeing this play.  Having appreciated Hannah Moscovitch's work since I first saw East of Berlin and the double bill of The Russian Play and Mexico City, a decade ago I was curious to see how she could create an engaging work about a physicist studying the nature of time.  As an aside, one of my sons is a theoretical physicist, excellent at explaining abstract concepts yet the only part of his PhD thesis I understood was the dedication.

When Elliott (Jonathon Young), a single-minded theoretical physicist, and Carmen (Amy Rutherford), a musician and composer, meet at a party, it sets off an unlikely relationship. Elliott is obsessed with finishing his PhD about the nature of time and becomes even more so as his thesis evolves into a search for a unifying a theory of everything.   He is attracted to Carmen and intrigued by her work because music intrinsically deals in time, and embodies time through its changing time signatures..  Carmen gives birth to a daughter, and her music becomes secondary to being wife and mother. Elliott has no time to spend with his wife and child although he works while listening to one of her compositions. As a couple they seem to inhabit two distinct worlds operating on different life schedules.

Not surprisingly with two intelligent parents  who are at the same time such conflicted role models, the daughter Sarah-Jean, (Emily Jane King) a mathematics major, is academically smart yet seemingly incapable of healthy relationships.

At its heart, this play highlighted a dysfunctional relationship between two intellectual individuals, that, as in many families, left their equally brilliant child socially adrift. Written with many moments of humour cutting through the abstractions, and presented through three excellent performances, this play held my attention, engaged my mind but did not capture my heart.