The Full Light of Day 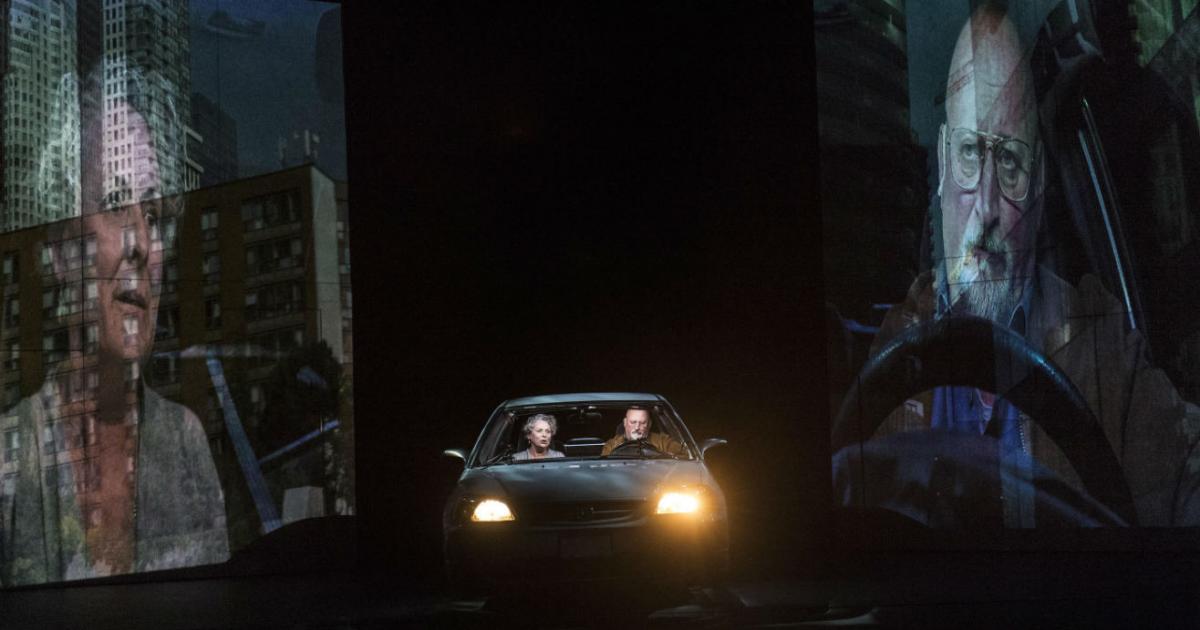 The Full Light of Day

Vancouver, BC: I was a long time subscriber and  financial supporter of the now defunct Vancouver Playhouse Theatre Company and an early on-line local theatre reviewer. (See Great Mischief from 2006, in the archived posts of Review From The House). I was  saddened by the abrupt demise of the company in 2012, and the resulting absence of an ongoing, regular series of stimulating theatre in the Vancouver Playhouse venue.

It was therefore a good feeling to be back at the Vancouver Playhouse, eagerly anticipating the Electric Company’s inaugural production of The Full Light of Day. On the acting front and  technical aspects the production lived up to my expectations. I was ambivalent about the script.

The story of a family fractured through their life choices and inability to face their own realities, is told through an amalgam of stage performance and film. Harold (Jim Mezon) is the patriarch of a wealthy family with a unquestioning, supportive wife Mary (Gabrielle Rose), sons David (Dean Paul Gibson), Joey (Jonathon Young) and daughter Jane (Jenny Young).  In the course of accumulating his wealth as a developer of downtown high-rise buildings, Harold made illegal and unethical deals that placed him within the power of violent criminals. This ultimately leads to a life changing decision around preserving the life of his younger son.

As Mary is dying from cancer she acknowledges to herself that by her silence she has enabled Harold’s bad decisions and lifetime destructive behaviours, and was thereby complicit in the fractured relationships of her family. Ironically, her daughter-in-law, Sherry (Jillian Fargey), the only character who is open and unapologetic about the compromises she has made in her marriage and life, is the only person who can comfort her in her last moments. A humorous moment breaks the tension of a harrowing scene when Sherry was asked how she knew what to say at the bedside of a terminal person - she replies that she googled it. A bit of contemporary reality!

This production was superbly staged. Julie Fox’s set pieces were fluid and versatile, facilitating the filmic aspect of reiterated scenes, shown from a different viewpoint. A standout scene was the destruction of his home by Harold. Lighting (Michael  Walton), sound (Brian Linds), original compositions (Peter Allen), Photography and Projections design (Brian Johnson, Jamie Nesbitt, Craig Alfredson) through the filmic elements of the busy downtown Toronto environment,  seascapes and landscapes, seamlessly brought  both nature and the urban concrete jungle into the theatre with us. Costumes by Nancy Bryant helped distinguish different characters assumed by several of the actors.

While on the one hand, the technology made the contrasting  environments which the characters inhabited vividly real, the onstage realtime camera closeups on the actors’ faces had an alienating rather than an intimate impact. So did the microphones, surely not necessary other than for select moments, such as Sarah’s dying breaths.

Yet despite the technical brilliance and the virtuoso acting I found myself unmoved and emotionally unengaged with any of the characters, including Mary. There were too many unanswered questions. What exactly were Harold’s crimes? We learned a little about bribery surrounding his high rise building.  The truly evil deed was his choice to sacrifice his son!  Was  Hans (John Ng) his conscience? How could Mary have a “come to Jesus” conversion after hearing the sermon, (albeit brilliantly delivered by Jonathon Young), about cutting,  bleeding and flagellation to purify oneself. To me the religious concept of original sin necessitating redemption is itself a significant source of evil in the world. One becomes what one believes oneself to be. Sinner or saint! Ultimately I just didn’t care about what would happen to any of the characters (except perhaps David and Sherry’s children, Jake (Henry Bolan) and Lorna (Vanessa Chen), whose innocence was already damaged by the family dynamics.

Reflecting on the play a day later, my initial post-theatre emotional negativity became somewhat blunted. The overarching theme of personal choice and the consequences of those choices, really does resonate with me, as long as our choices reflect our personal responsibility to be the best we can, rather than to appease a supernatural entity to  be rewarded in an afterlife.

Great theatre provokes thought and debate. And after all this production did that for me.