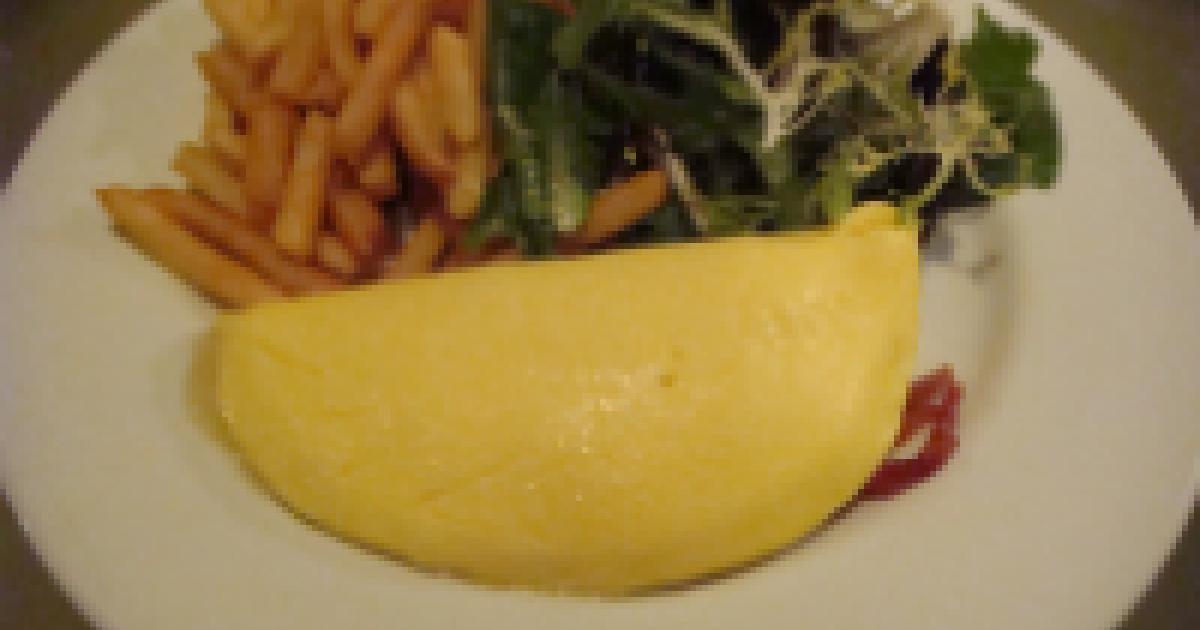 For a late-morning brunch in Mid-town Manhattan, my dining companion suggested The Brasserie, as much for the look of the restaurant  (see New York, New York: Part I) as for the brunch menu.

As I followed the hostess down the green glass steps, I appreciated my friend's choice.  We were shown to one of the booths lining the wall. Each booth comfortably seats four and pale green leatherette walls create the illusion of  privacy..  I admired the foam green resin tabletop which my  friend  told me  a class mate of hers from Parsons Design School had a hand  in making.

Soon after we were seated, our server brought water and a whole crisp baguette with a mound of butter.

The lunch menu offered a variety of dishes ranging from seafood and salads to omelettes. There were two special soups offered today and my companion chose the gazpacho with tempura  lobster. I tasted it. It was pureed which I prefer to the chunky style, with a piquant flavor and quite delicious. She followed it with the crab cake and salad.

I was craving eggs, so I decided to try the bacon and gruyere omelette, which came with salad and a mound of fries. The fries were nicely prepared, crisp yet chewy, and I was good about restraining myself from wolfing the whole lot down. The omelette was also good, with plenty of melted cheese and nice chunks of bacon.

Overall it was a  good choice for a light lunch. By the time we left the place was filled with the lunch crowd who obviously agree. 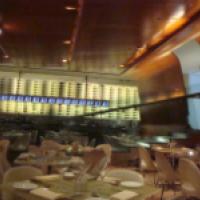 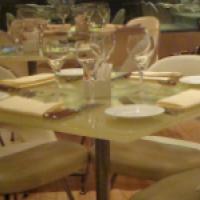 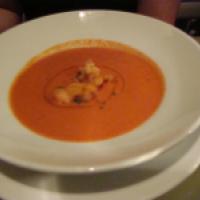 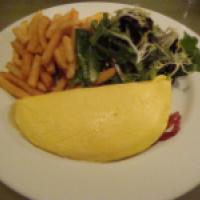