Pigeons are again trying to check in to Hotel Jill 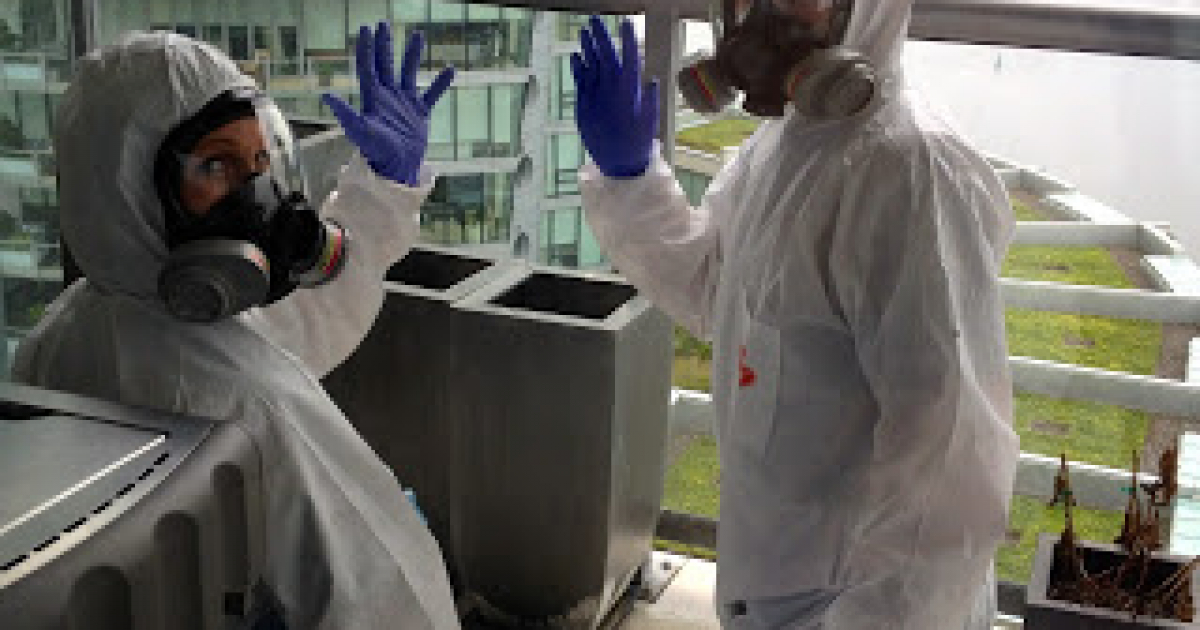 Pigeons are again trying to check in to Hotel Jill

Coo-roo coo-roo  Such a gentle sound but the effect on me was far from gentle. I was diligently working on tomorrow's AtoZChallenge entry, L is for ... when coo-roo coo-roo had me charging out to my patio. As I opened the screen door a flutter of wings confirmed my worst fears. Pigeons were again stealthily plotting to take up residence on the patio at Hotel Jill.

Lest you think I am unnecessarily inhospitable, here is the story of my previous encounter with pigeon squatters.It was about 8 years ago but the nasty memories are still fresh in my mind.

I had just returned home from a dance cruise when I realized that a pigeon pair had made a nest in one of the unused planters on my patio. Mea culpa for leaving them a potential luxury residence. I should have put in my summer plants before I left and let the spiky leaves dissuade them from nest building.

In the nest were two small perfect white eggs, and the pigeon parents were very diligent about sharing the "egg-sitting" duties.  Unfortunately I romantically anthropomorphized these creatures to the extent of imagining their anguish when the eggs disappeared or failed to hatch.

At a dinner party that evening my friends, more pragmatic than me, emphasized the importance of not letting these eggs hatch in my planter. They warned of dire consequences. Bird droppings fouling my patio. Pigeon parents thinking that this could be their permanent residence for annual reproductive ventures. I was warned to either remove the eggs, or shake them to addle them.  As the days passed I just could not bring myself to do anything.

"Well"  announced my house-guest, "you are now an avian grand-parent." And there in the nest were two little yellow balls of fluff. When I attempted to approach to take a peek, the parent bird flapped around so violently that I feared she would injure herself, but several days later when the nest was empty of a parent guardian, I managed to take a picture. I hoped it would not be long  before the babies could fly and my planter would be my own once again.

So off I went on my babysitting duties for my real ie. human grandchildren in California - and then returned home via a quick trip to Toronto to help my daughter finalize her move back to Vancouver.  Two weeks was far too long to be away.

Came home to find my patio a pigeon-poop biohazard area, and a pigeon having wedged itself behind one of the metal strips.  Phoned Wildlife Rescue. They don't come out to get injured birds- you have to take it to them.

Well I am a bit too squeamish to handle flying things (no doctor jokes please!) and I was not sure if I was dealing with a dead bird or not. I thought that the area was a definite biohazard, so got a-googling for biohazard cleanup in Vancouver.

A most helpful man from Trauma Scene Biohazard Cleanup Services called me back, and I booked an appointment for them to come that day. Punctual and efficient, Chantelle and Jacob arrived, suited up and got to work while I escaped to the gym to be tortured by my trainer. He was not too hard on me as I told my tale of woe so I could think mean thoughts about pigeons instead of him. The crew were marvelously efficient and shortly after I got back from the gym they were done.

So with a spotless and biologically clean patio -  and a much emptier bank account, I vowed to be absolutely ruthless if any future pigeons tried to land on my patio. Ironically this isolation thing means no cruises or travel right now, so pigeon parents - the No Vacancy sign is up at Hotel Jill ... and I'm listening for coo-roo coo-roo. 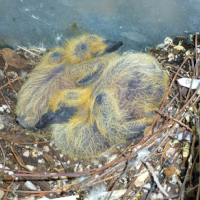 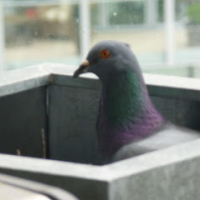