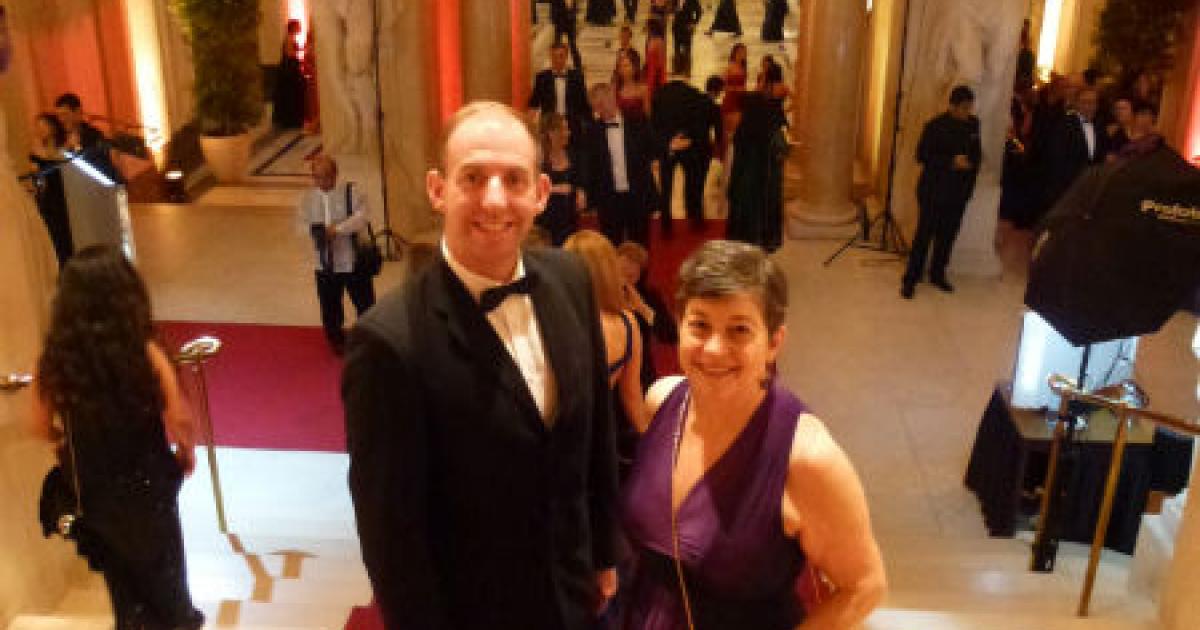 The IAEA Ball at the Hofburg Palace was a larger and seemingly more formal affair than the Johann Strauss Ball of the previous Saturday. Because of the International nature of the sponsoring committee there was an amazing array of different national dress to be seen, as well as exquisite gowns worn by so many of the guests.The men all looked so elegant and handsome in their dark suits and tuxedoes. This time there were no ticket mishaps or funny stories so this post will mainly feature pictures from the ball.

When we entered the main hall for our first Viennese waltz, the floor was far less crowded than at the Kursalon. We could move down the line of dance and actually  dance several times around the floor. This was the surreal experience I had anticipated but not really experienced in the crowded Strauss Ball - to be dancing a full-out Viennese waltz in a beautiful palace in Vienna. And it truly felt surreal.

After a Viennese waltz and a slow waltz, the orchestra struck up a polka. This was a first for me but I made it to the end of the music and several times round the floor without being too out of breath at the end. It was loads of fun.

After a few dances we went off to find others from our group and to explore the rest of the Imperial Palace.

As well as the main ballroom, there were several other dance venues – one a Latin-salsa room, a jive room, a disco–type room and we took advantage of each of them.

I have had no foot or shoe issues during this dance camp week and I was wearing my very comfortable Latin shoes, but by 1:30 AM even my feet were aching. I think it is definitely worth bringing a couple of pairs of shoes and switching them out if your feet get sore.

I loved to see the incredible range of dress styles. They had a couple of models showing designer fashions on the grand staircase. The dresses were stunning but not very practical. The staircase was a great location for photos.

The time went very quickly and somehow it was midnight and by the time we got back to the main ballroom, the floor was packed and the quadrille was underway. I got a couple of video snippets which I will post later.

I just looked at the new version of IMovie and realized it's going to take me a while to figure out how to use it.  Those darn upgrades! So wait for the video- it will come. 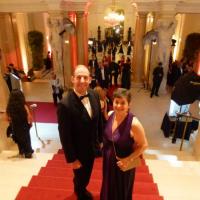 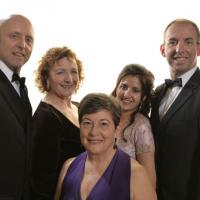 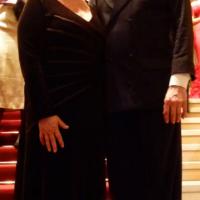 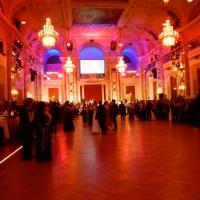 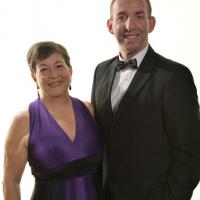