Swimming with the Penguins- really! 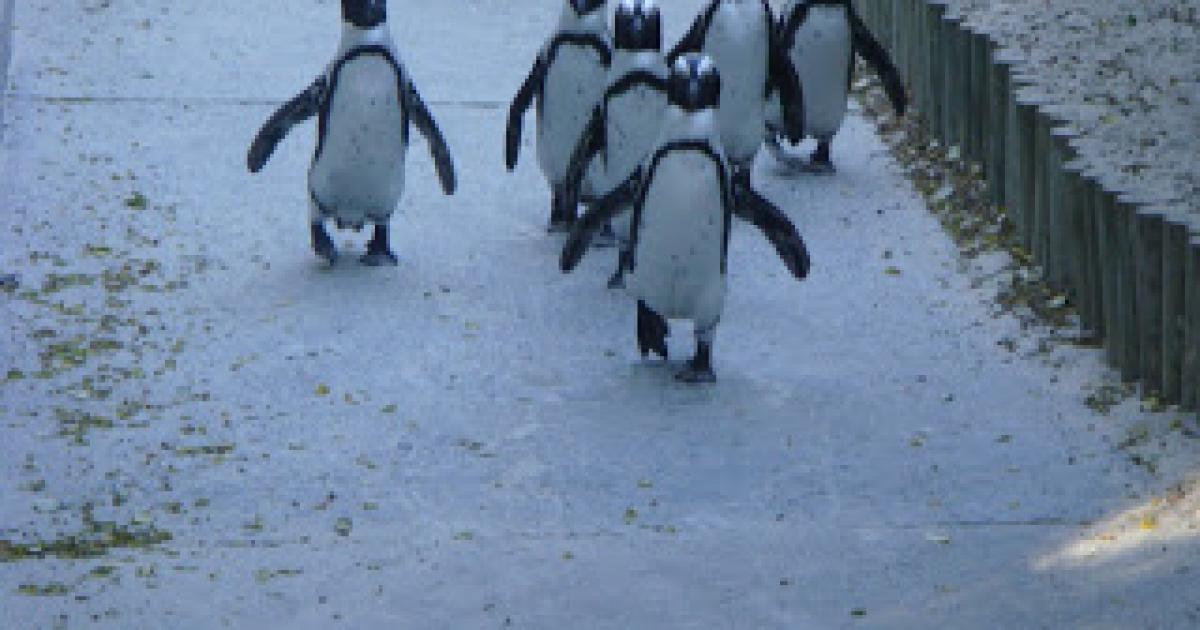 Swimming with the Penguins- really!

I arranged to meet Brin and Sherida downstairs at 7 am so we could drive out to the Boulders and then out to Muizenberg, to swim. Sherida’s mom, Olive, who helps with her in her clothing shop, came along too. We are all cryptic crossword puzzle nuts!

The Boulders is a reserve for the Cape Penguin, who used to be known as Jackass Penguins for the sounds they make. There is a huge colony there. I will let the pictures speak for themselves. The beach at Boulders was as beautiful as I remembered it but I couldn’t help thinking that penguins probably pee in the water just like humans, although probably less surreptitiously. Hmmm…..

Just to comment that the water at Muizenberg, which I fondly remember as relatively warm, was freezing cold. Well according to Brin it was around 17 degrees. Cold by my standards. Still I swam at both the Boulders and Muizenberg. At Muizenberg I was horrified to hear they have to have shark spotters stationed on the mountainside overlooking the bay as there have been shark attacks. Getting to be like Australia! Anyway, although I did not venture out any where near where sharks would venture, I did not stay in the water very long!

We had brunch at a lovely little restaurant and bakery in Muizenberg called Kneads, meandered around Westlake looking for a dance shop that I found on the internet – the dance shoes here definitely fit me better than the British and German imports I have tried in Vancouver. Then a dash back for dance lesson at Camps Bay, and later dinner at Greens, in Tamboers Kloof with Brin, Sherida, Gaby and Hayden