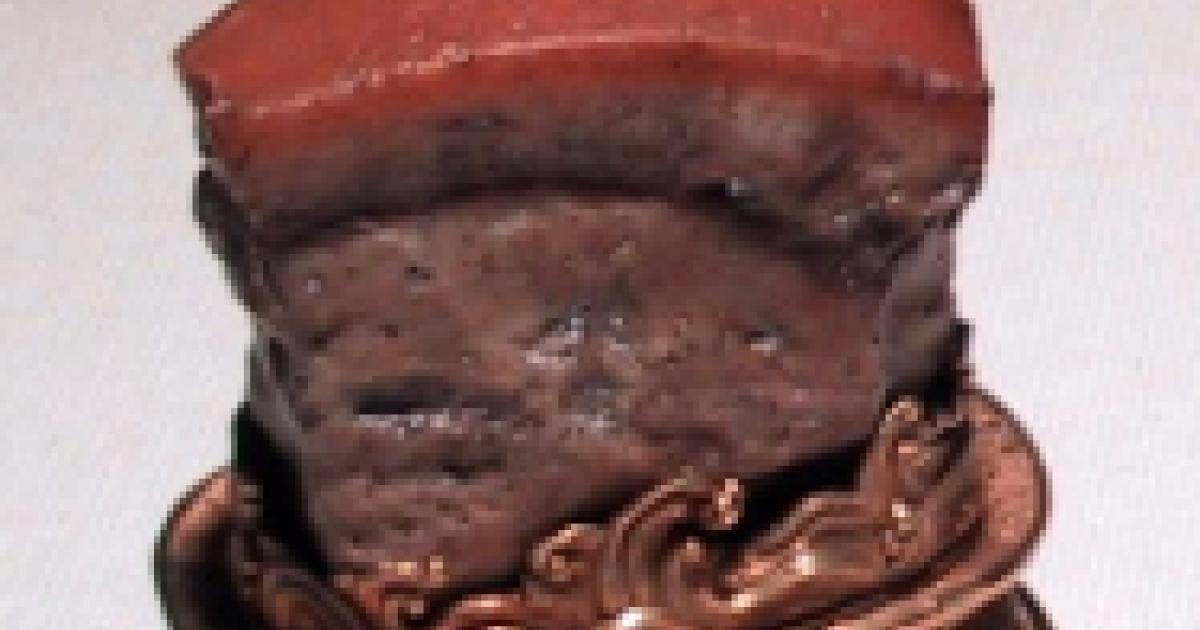 The Diamond Princess traveled from Okinawa on a west-south Westerly course through the East China sea to the place where she would board the pilot who would take the ship into Keelung. The port of Keelung is about 18 miles from the 100 year old city of Taipei.

The first thing that struck me about the island of Taiwan was how green it was. Taiwan is a large island, just under 14,000 square miles, lying in the Pacific Ocean about 100 miles east of mainland China. Previously known to the Portuguese seafarers as Formosa (the Beautiful Island), Taiwan is densely forested and subtropical, one of 79 mostly volcanic islands that are now claimed by China to comprise the province of Taiwan. A Central Range of mountains, with several peaks rising over 10,000 feet, runs down the island. Most of the 22 million inhabitants live to the west and south west. Farming, mainly rice but also sweet potatoes, peanuts, soybeans and sugar cane, is an important part of the economy, although Taiwan is noted for its industrial activity and manufactured exports.  Made in Taiwan!

It was actually quite fascinating watching the Diamond  Princess dock. There was what seemed to be a very small space between two large ships that this mega-ship had to get into. I thought it was a great example of parallel parking and sent a picture to my theatre buddy to tell him that his place as world champion parallel parker had to be ceded to the captain of this ship.

But then he pointed out that the captain was probably aided and abetted by a tug boat which nudged the ship into position. So his title is still secure.

Impressed by the greyness of the weather, while I was reading about Taiwan on the web and in the great brochures from Princess, I got distracted by the terms monsoon and typhoon. I had this vague idea that the terms were interchangeable and meant big wind with lots of rain. But no!

With apologies to those of you who paid more attention in geography class than I did, it seems that - to quote Wikipedia - "A typhoon or hurricane is a regionally specific term for a tropical cyclone." So a tropical cyclone that arises in the NorthWest Pacific Ocean west of the dateline is called a typhoon. If it arises in the North Atlantic Ocean, the Northeast Pacific Ocean east of the dateline, or the South Pacific Ocean, it is called a hurricane.

And what is a tropical cyclone you may ask? Well to paraphrase - it is a storm system with a large low pressure system that forms over tropical or sub-tropical waters, with thunderstorms producing strong winds and heavy rains that cycle counterclockwise in the Northern hemisphere and clockwise in the southern hemisphere. A monsoon on the other hand is a seasonally reversing wind that reverses direction and degree of rainfall with the season.A simpler definition is that of a wind from the southwest or south that brings heavy rainfall to southern Asia in the summer.

I knew that! Somewhere inside my brain that information lurked but my retrieval system is faulty.

Anyway back to Taiwan, its capital city Taipei, and the port of Keelung where we docked. The island has had a checkered history of occupation according to our guide. In the 16th to 17th century it was occupied by the Spanish for about 16 years and then the Dutch for 38 years until a general in the Ming dynasty kicked them out. China held Taiwan in 1680 and it was largely settled by Chinese from the 17th century onward. From 1895 to 1945 the Japanese held Taiwan. After WW II Taiwan again came under Chinese control and Chiang Kai-Shek established his Nationalist gvovernment there when the Chinese mainland came under Communist control.

We will probably see much of this history illustrated during our tour.

Carol and I had signed up earlier to do the Taiwan highlights sampler excursion - as had half the ship it seemed. And the timing by the tour company was not well coordinated because it seemed as if all the buses arrived simultaneously at the first stop, the National Palace Museum.

Unfortunately due to the crowding by our fellow tourists it was only possible to catch a glimpse of some of the exquisite treasures as we moved past. You are also not allowed to take photos inside although I saw some people do so. Here are the Jadeite Cabbage which is about 200 years old and was made for a concubine of the Emperor to give him as a gift. The other picture is the Meat -shaped stone.

From the museum we were taken to the Martyrs Shrine where we saw the changing of the Guard. It was interesting to see the almost robotic postures and movements carried out while tourists were getting in the faces, photographing and videoing them. The Martyrs Shrine is dedicated to approximately 330,000 men who sacrificed their lives to the overthrowing of the Ching Dynasty before the establishment of the Republic of China in 1911, and who fell during the Sino-Japanese war (1938-1945) and the Chinese Civil war (1945-1949).

Next we went to the Chiang Kai-Shek Memorial Hall. Here we heard about his history, including his marriage to the sister of Dr. Sun yat Sen's wife. The outer wall surrounding the Hall is known for the 246 windows, each of which is a slightly different shape.

Finally en route back to the port, we stopped off to get pictures of building 101 - the highest inhabited building in the world - although it is (? was) soon to be eclipsed by the tower going up in Dubai. Now that there are all the financial woes in Dubai, I wonder what will happen to the tower. 101 is intersting in that it is built in blocks of 8 floors - a lucky number. Hmmm... It is in the heart of "Wall Street" or financial district. Hopefully it has fared better than the real Wall Street in the past year.

When we got back to the ship, we all met as usual for dinner in the Savoy. it was a hilarious meal with Raoul and Helene competing to top each other's jokes. I had not met Helene, one of my fellow Canadians, until this cruise but I immediately took to her joie de vivre. Maybe I can get her to teach me how to tell a joke without laughing before I get the punch line out.

After supper we all trooped into the Princess Theatre to see the Show "Do You Want to Dance". It was absolutely terrific. A few of us sat in the front row of the theatre where you could really see the dancers up close, from the fast footwork and the muscle contractions to the beads of sweat on their foreheads. It was a fast and high energy show and I loved it.

The show finished around 9:15 and we danced to the music of Flare in the Wheelhouse Bar.

The Diamond Princess sailed south through the Taiwan Strait, later turning west to head to Hong Kong.  The DAS group had workshops scheduled for Bolero and Swing.

Carol and I decided to have breakfast in the International Restaurant instead of heading up to the buffet. It was surprisingly quick and actually much more pleasant than the crowded and noisy buffet.

Then Greg taught bolero and swing - East coast - like jive. In bolero he focused on the S curve action - something I was not consciously aware of before since I just basically learned this by trial and error - so followed what was being led. He also worked on the cross body lead and a couple of patterns.

Then in swing we worked on what was called "sliding doors or something like that and now is called "passing change|, where the rhythm of the dance changes from two sets of triple steps to one. Sort of like the "stop and go" step in jive, only you can pass behind or in front of your partner.

Spent the rest of the day doing chores like laundry. For a dollar for the washer, a dollar for the dryer and a dollar for powder you can do your own laundry versus sending it off to the ship laundry for a whole lot more. Also I like the fact that I can wash my dresses and bras and hang them to dry whereas the laundry would shove them in a dryer. So I guess with each cruise experience one becaomes a little more savvy.

Tonight was formal night on the ship. Everyone dressed up and looked fantastic. Lots of pictures.

The guys looked great in their formal wear as you can see. We attended the Captain's Circle Cocktail Party and after dinner danced to the Ballroom Blitz in Club Fusion.

It seems that on these formal nights many couples who don't normally dance venture out onto the floor. 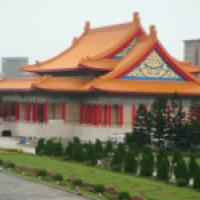 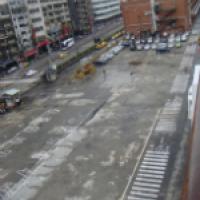 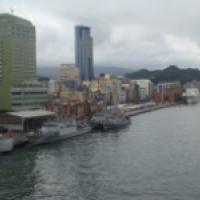 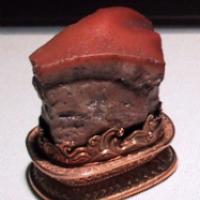 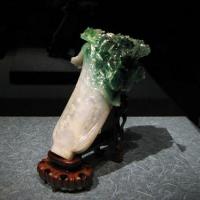