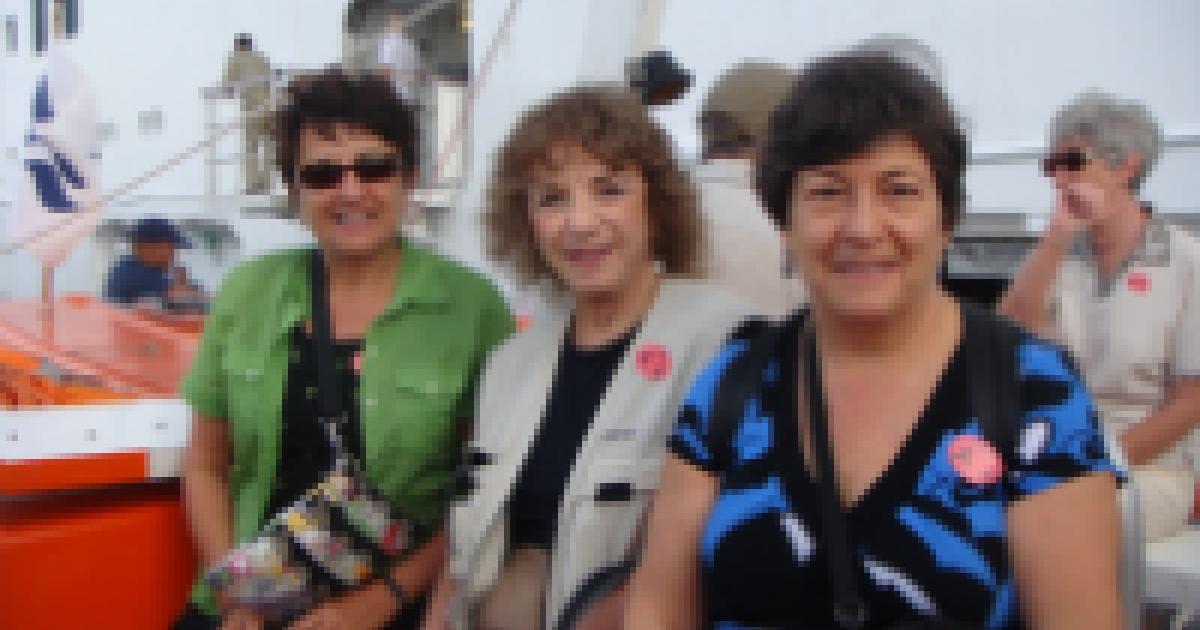 Unlike Hong Kong which I had visited on several occasions, where I found that most people could speak some English and many were fluent, Vietnam was an unknown for me. I had never visited the country before and did not feel comfortable trying to get around by myself. As well the ship was to dock quite a distance from the places we were to visit.

So Joan, Bernie, Raoul and I had all signed up for a tour in Nha Trang. Later Jeane and Carol decided to take the same tour.

The ship anchored off shore from Nha Trang, a small town in the south centre region of Vietnam, with fishing as its primary industry. The warm waters and white sand beaches also make Nha Trang a favorite holiday destination.

Our group met at 7 am in the Princess Theatre as the tour was scheduled to start 7:30 and we had to tender ashore. Our "sampler" excursion itinerary included the Ponagar Cham Tower, the Buddhist Shrine at Long Son Pagoda and a visit to see how Vietnamese silk picture embroidery is made.

Nha Trang was originally the centre of the Kingdom of Champa that ruled the area from the 2nd century to the 15 century AD. They were defeated by the Ly Dynasty who founded the independent state of Vietnam. The south, central and northern areas of Vietnam are now one country with a population of over 83 million people, and governed from Hanoi in the north.

After we tendered ashore we got onto buses for the short drive to Nha Trang. We stopped off to see the Long Son Pagoda with its massive white statue of Buddha. We were inundated by hordes of people selling everything from postcards to fans and prints. It was actually quite uncomfortable as they get in your face, begging you to buy stuff. I actually ended up buying some really attractive prints.

I find it fascinating that though Buddhism is supposed to be a non-theistic spiritualism, Buddha has almost it seems been elevated to a god and places  seem to vie to see who can have the largest Buddha statue. Something seems a bit odd with this picture. Not my photo of course!

Next we stopped at a beach restaurant called something like Nha Haru Bia Tua Louisiana which translated into Louisiana Brewhouse!

This was a refreshment stop where we were presented with coconut milk in a coconut shell. For me it was sour and astringent and I just had a few sips.

There was lots of  time for us to walk along the beach and we enjoyed the fresh sea air. Raoul got to demonstrate his skill as dance partner.

Then we piled back into the buses for the drive to Ponagar where we were to visit the Cham Tower.

The bus let us off on the far side of a bridge over the Cai River Estuary which we walked across in single file. This gave us an opportunity to look down on the fishing boats in the bay before we followed our guide up to the Towers.

The Cham Towers are quite well preserved ruins built of stones held together by a mix of sand, sugar and honey.They date back to around 780 AD.

As we were about to climb up the steps to the site, a sudden heavy downpour ensued. From out of nowhere, a box materialized containing plastic sort of rain gear that we all donned wth varying degrees of  success. By the time we got the plastic covers on, most of us were soaked, and the rain promptly stopped.

We were treated to a commentary on male and female religious entities and various statues showing blends of the two. It was a little hard to follow.

The next stop was a visit to the Silk Embroidery Factory where we saw some stunningly beautiful examples of needlework. I couldn't help wondering how long it takes before their eyesight diminishes. The work is so fine. Although they do seem to work under quite bright light conditions.

I wanted to buy something but we were quite rushed and I ended up not being able to make up my mind. Too bad because it really is exquisite work and quite unique.

We were back to the ship by sometime after one. By late afternooon the ship set sail south to our next stop at Phu My, the starting point to visit Ho Chi Minh city or Saigon.

The port of Phu My where we would dock was 23 miles from the nearest town of Vung Tau, and 43 miles from Ho Chi Minh City.

So Carol, Marci and I signed up for an organized full day trip to Ho Chi Minh city. The tour was supposed to leave at 7:30 am and our assembly time in the Princess Theatre was 7 am.

The ship took on the local pilot at 5:32 am to transit up he Song Saigon River and theoretically we should have been able to dock by the scheduled time of 7 am but the whole business turned rather farcical.

Apparently a crane was parked in the precise spot where we were supposed to tie up and nobody could find the crane operator with the key to start it up so it could be moved.

So all the folks who were going on excursions sat in the theatre watching barely audible reruns of news from CNN International while the Captain periodically came on the speaker to update us on the search for the missing crane operator.

Eventually they managed to manouevre the ship into position so that the gangways could be lowered, but as we walked off the ship it was scary to see exactly how close the crane was to the side of the ship. In the picture it actually seems as if the two parts are touching but there was about a foot or so between them.

Our guide for this trip spoke good English and was fairly easy to understand. He treated us to a lecture of various aspects of Buddhism, Vietnamese history, and daily life in this part of Vietnam. He joked that the population of Saigon was 8 million people and 4 million scooters,and indeed scooters were everywhere.

Ho Chi Minh City is the largest city in Vietname, basically divided into the downtown area, Saigon, and the Chinatown area, Cholon. The name was officially changed from Saigon to Ho Chi Minh City in 1975 when the 30 years of war between North and South Vietnam ended.

We visited the National History Museum. They had a fascinating chart showing 54 ethnic minorities that make up the Vietnamese population. I wished I had more time to learn about the different origins of the Mon-Khmer and Viet-Muong languages as well as the rest.

A highlight was a Water Puppetry show. According to our guide, the Vietnamese art of water puppetry began as far back as the 11 th century in the flooded rice paddies of  the villages of the Red River delta in the north of Vietnam. The puppetry was to appease the spirits.

The wooden puppets are controlled by long bamboo rods held by the puppeteers who stand in the water behind a bamboo screen that resembles a temple facade.

When the show is finished the puppeteers emerge, waist deep in the water, to take a bow.

We were treated to a fairly good buffet lunch at a downtown restaurant-  supposedly a mix of Vietnamese and Western food - well they did have french fries though I eschewed them in favour of other deep fried things like shrimp!

Then we were taken to a handicraft centre where they produce quite beautiful lacquer products.

I bought two sets of 4 exquisite small plates that I could use as appetiser plates. I wish I could have got more but between carrying things back and the customs restrictions, I decided to be careful not to exceed my allowable amount.

We also visited the South Vietnam Presidential palace now renamed as Reunification Hall. We saw the Cabinet Meeting Room where the South surrendered on the last day of the war, the Conference Room, the large state dining room and the huge basement kitchen.

And then it was another long ride back to ship in time for the 6 pm departure.

After supper dancing that night was a bit confusing. We went to Club Fusion where they had a "Ballroom - All request" with reasonable music till about ten and then the ship held a "tropical deck party" with music by Flare- out on Decks 14 and 15. It actually was quite a shambles. Lots of the usual line dance and disco music - the conga line - which I confess I abhor but people seem to like.  The party was bigger, noisier but not as good as the smaller deck party held on the Pacifc Princess on the South Pacific Cruise. So there was really little chance to dance. I chatted to Greg for a bit over fruit and some party desserts, and then I took off to bed by 11-ish. 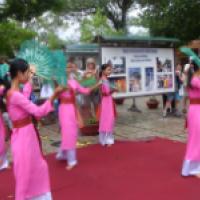 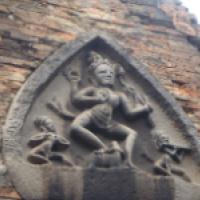 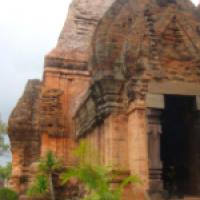 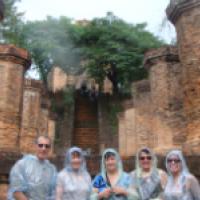 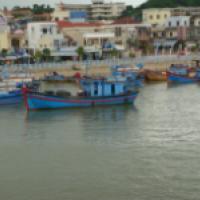 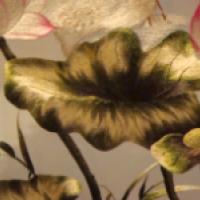 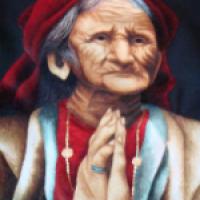 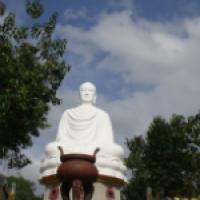 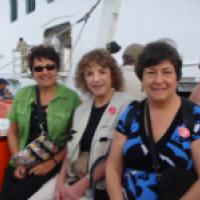 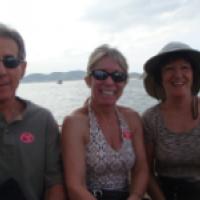 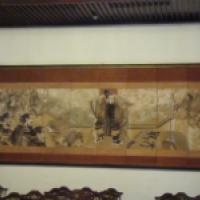 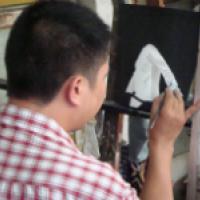 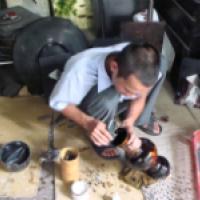 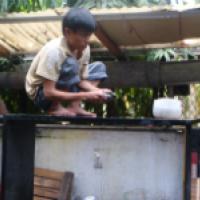 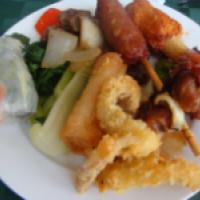 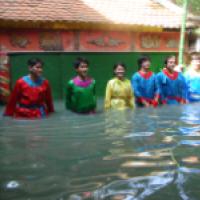 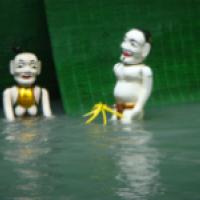 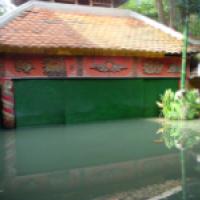 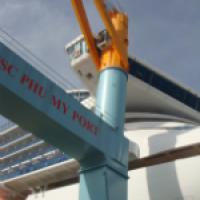 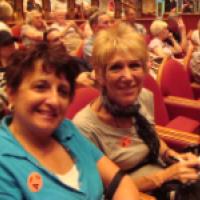 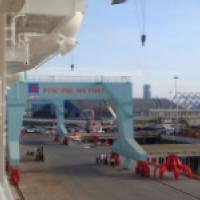