[Re]View From The House: The History Boys 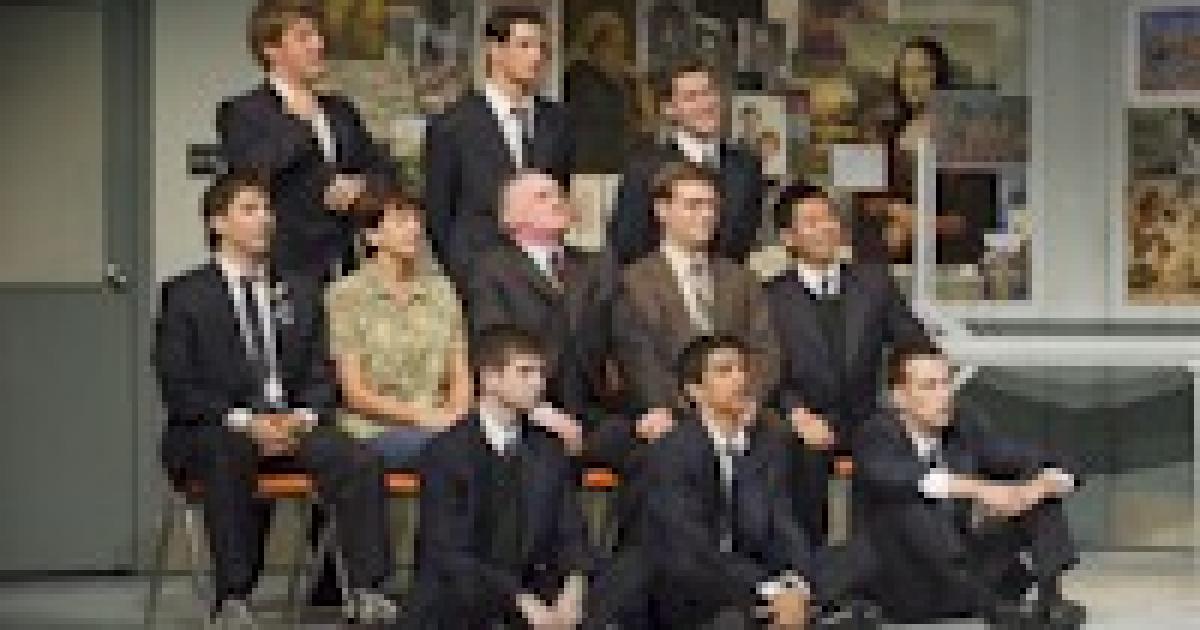 [Re]View From The House: The History Boys

Bernard Cuffling and Kirk Smith in the Arts Club Theatre Company’s production of The History Boys. Photo by David Cooper.

Vancouver, BC: At first glance it would seem that a story set in early 1980s Northern England, about preparing a class of grammar school boys to write university entrance examinations for Oxford and Cambridge would provide little target for heated debate on the way home. However as I and my companion for this evening, a teacher with a life-time of experience in special education,  have previously had many intense discussions on the pros and cons of standardized tests, school report cards and the politics of education politics, I was anticipating his take on the play with great interest and indeed there was much to discuss.

In a 2004  essay on the  genesis of The History Boys, Bennett calls this play "both a confession and expiation", of his own experiences as a Yorkshire grammar school boy, in learning to work the examination system by developing test-taking strategies - much as Irwin promotes in the play.  As Bennett says, though it was not dishonest, was not cribbing and was within the rules, on looking back he considers this learning towards exams a sort of cheating; "false pretences anyway".

In a way this jibes with my own experience. My matriculation history teacher is actually one of the few that I remember clearly. Her lessons were absorbing but presented as facts - as Rudge says, "just one f--king thing after another '" - with no room for interpretation. So if you were blessed with a good memory (as I was at that time!) and could regurgitate the details of her lessons, you would emerge with an A in History, a structural knowledge of  the periods studied but no sense of the cultural and political nuances of the times. Taught to pass exams but not necessarily educated to think.

But back to the play. I saw The History Boys at the Wyndham Theatre in London earlier this year and had previously seen the film version directed by Nicholas Hytner so I was curious to see what local director, Dean Paul Gibson, would do with this play. And I think he did a outstanding job. It's a long script, both acts running almost an hour and a half but a sharp team of young actors and strong performances by the more senior cast members successfully sustain both tension and humour.

Scenes shift seamlessly from classroom, to staff room, to principal's office or corridor as the cast moves  pieces of  Ted Roberts' set  while Brian Linds' soundscape and Jamie Nesbitt's video projections draw our focus. Then Marsha Sibthorpe's glaring lights go up and it feels like I am back in the classroom.

Hector ( Bernard Cuffling ), a long standing teacher of English  and General Studies wants the boys to become educated, cultured human beings who love languages and literature. Mrs. Lintott  (Jane Noble) teaches History. Their  joint efforts have been good enough for their students to earn places at oher universities but this is not good enouuogh for headmaster (Duncan Fraser ). He wants Oxford and Cambridge placements and quantifiable results. If it can't be measured it has no value. To ensure that the boys pass the Oxbridge tests,  he brings in John Irwin (Kirk Smith) a pragmatic young teacher whose tells the boys that truth is irrelevant; just find an angle that  will make your essay stand out. When the headmaster learns of Hector's predilection for groping his students while riding his motor-bike, he has the excuse to blackmail him into early retirement and insist that  Irwin co-teaches his class.  All this plays out against the background of  emerging adolescent sexuality and repressed or inappropriately expressed adult sexuality.

Bennett has an amazing talent for creating truly memorable characters and Hector is one of them. Cuffling does full justice to the role, hiding his existential angst beneath a exterior of bonhomie, until the moment he cracks and we see  his underlying sense of failure.

The boys,  Akthar  (Pablo Silviera), Crowther (Vincent Tong), Dakin (Charlie Carrick), Lockwood (Daniel Johnston), Posner (Daniel Karasik), Rudge (Kyle Cameron), Scripps (Danny Coleman) and Timms (Gord Myren) do a creditable job with their accents.  The rapid fire intellectual thrust and parry as the boys try to come up with essay ideas is great to listen to and their  singing during Hector's memorial scene really moved me.

I enjoyed this play a lot. It is an excellent production and well worth seeing. Score two for two for the Arts Club this year. I look forward to more of the same quality.