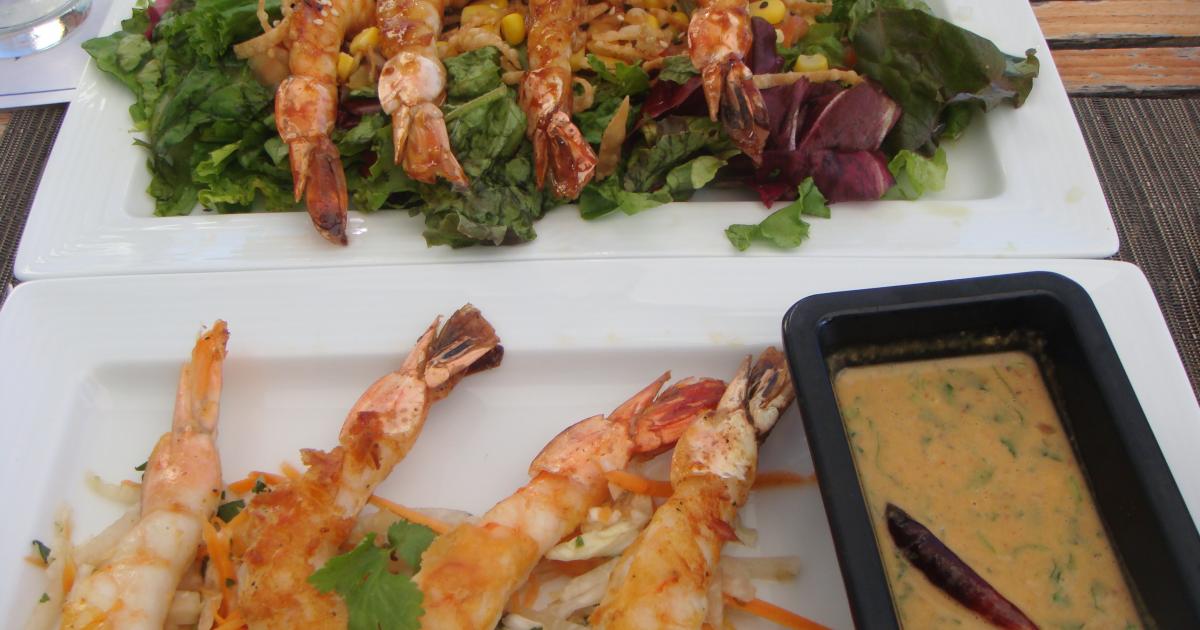 Since I often seem to be travelling when Dineout Vancouver and A Taste of Yaletown are on, I was pleased to note  that  Orange County has a Restaurant  Week  in Orange County - a similar program, it seems. Although the dates on the web site indicated that it  officially ran during the last week in February, a number of restaurants extended the program by a week, till the 7th March.  Our decision to go out for a nice meal on Saturday, meant that we e caught the tail end of the program.  We went to OPAH Restaurant in Aliso Viejo, which was one of the places that had extended their Restaurant Week special.

Regardless of special dining programs, there is an enormous number of eat-in and take -out places around here. The many malls and shopping centres in this area  all seem to have an arrray of eateries at  different price points. And thanks to the great road system here, nothing takes too long to get to. After one late afternoon expedition to pick up birthday supplies we dropped in to a location of Wahoo's, a Mexican fast food place that is said to have invented the fish taco. Although I inwardly shuddered at the idea of fast food, Mexican or not, and of fish tacos, the steak enchilada I had was surprising tasty, and CJ and her mom loved the rice and black beans that  came  with their quesidilla and chicken enchilada. The place was packed with young families getting a relatively inexpensive and filling meal. I also learned that Wahoo is a type of fish. The stuff I don't know is seemingly endless! But that means there is always something new to learn.

Another evening we headed out to Mangia Bene Restaurant in Laguna Niguel, a casual Italian eatery where they bring you plates of the most wonderfully garlicky bread ever. I ordered a calamari salad which turned out to be a heaping plateful of salad, piled high with crisp golden calamari. Between that and the irresistible garlic bread  no vampire would have come near me for at least a week.  Really tasty food and good value too.

I am really looking forward to trying some of the more "fine dining" places as well although with a preschooler, however well behaved, that becomes a little more of a challenge.