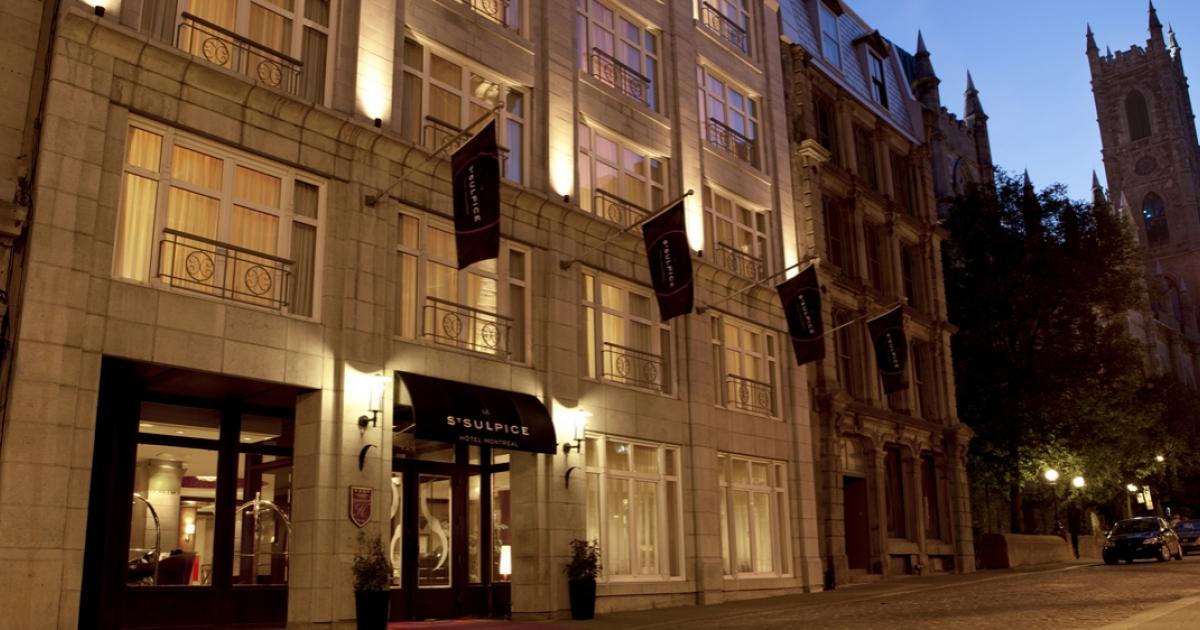 On my way back, gazing skyward to admire some of the buildings, I heard an urgent "pardon, mademoiselle". Delighted at the "mademoiselle" bit, rather than madame - well, people have been saying I look years younger since I retired - I stopped abruptly, just in time to avoid a huge pile of something I did not want to step in. After thanking the men for the warning, I kept my eyes on the ground on the way back to the hotel.

Apart from the occasional gastrointestinal doggie gifts, and the rather larger ones from the horses pulling the carriages near the square, the streets were remarkably clean.  But even more remarkable was the relative absence of cigarette smoke that had previously made visits to Quebec so unpleasant. Perhaps it was that I was in a very touristy area, but overall there was very little smoking.  A pleasant surprise.

The conference hotel, Hotel Saint Sulpice, was a delightful boutique hotel where staff members go out of their way to be helpful.  Very useful, indeed,  as I found out the following night. I arrived back from the theatre after 11 pm when the kitchen had just shut down. My stomach was reminding me that I had not had dinner.  At the suggestion of the front desk clerk I trotted downstairs to the restaurant, where the staff was tidying up. A simple request to the friendly maitre d' resulted in keys being retrieved, refrigerators unlocked, and a promise to deliver a cheese and fruit plate to my room in a few minutes.  And before I could finish reading the program of the play I had just seen, there was a knock at the door â€“ the cheese plate had arrived. Mind and tummy comfortably sated I curled up under the down filled duvet and drifted into sleep, next day's lecture waiting to draw me back from art into the world of science.