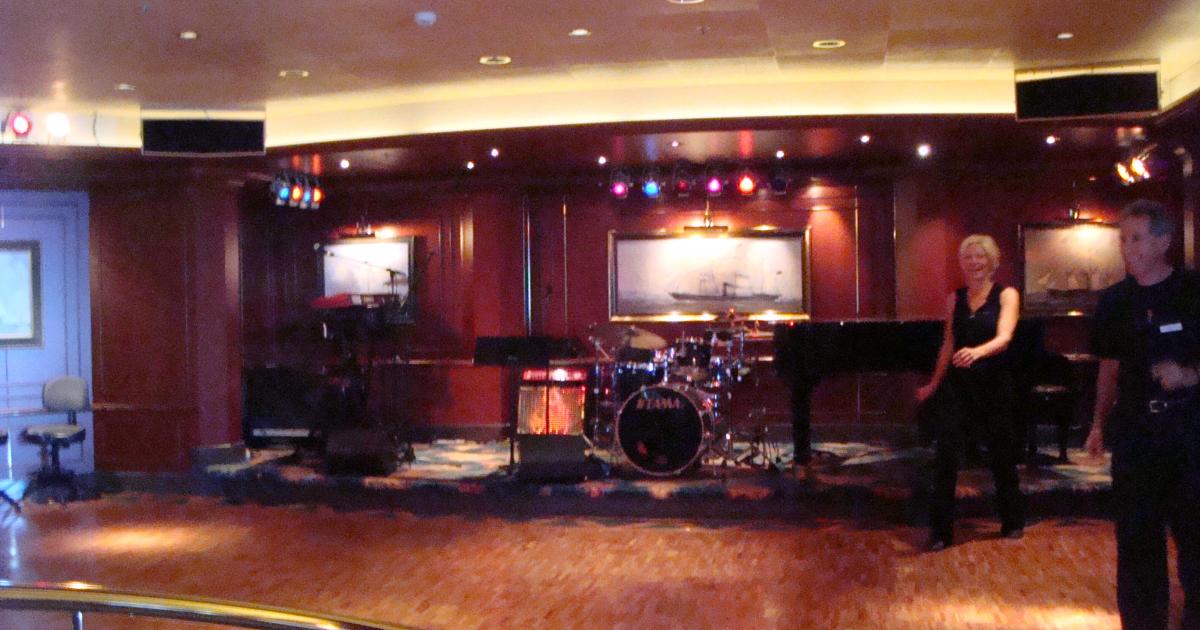 Since dance is what this cruise is about,  at least for most of the members of the Dancers at Sea Group, the idea is to dance non-stop from after dinner till midnight. On various evenings some folks may choose to attend the song and dance shows which are at 8:30 or 10 pm in the huge Princess Theatre or hit the casino or whatever but dancing is on for anyone in the group who prefers to dance.

There are two main venues we use for dancing, at either end of Deck 7, the Promenade deck. The Wheelhouse lounge features a band called PASSION who play a reasonable mix of music in sets which  run about 45 minutes. The dance area, seen in the photograph,  is a fairly small semi circular space - fine for Latin and Swing but less great for the dances that move around the floor like quickstep, Viennese waltz or even samba. So how does this work?

Well, in between sets when the band PASSION took their breaks, the group would pick up purses,  water glasses and drinks and  move over to Club Fusion. The dance space there was great - a large almost circular floor where one could dance a proper quickstep or Viennese waltz or really flow with an open style waltz and foxtrot. The band in Club Fusion called XTASEA also played approximately 45 minute sets. In between sets  there was either music by DJ Jesse - or else the ship programmers, in my not so humble opnion,  wasted that fantastic dance space by putting on a Karaoke contest or bingo! Both of which could have been better held in the Wheelhouse or Explorer's Lounges

There were two other dance areas. A third dance floor on Deck 7 in the Explorer's lounge was marginally bigger than the Wheelhouse floor but we did not get there till the last evening as most evenings they featured stand up comics, game shows or movies.

Then on the  15th or 16th deck, right at the top was a night club, Skywalkers, where the instructors were able to get some quiet space for lessons during the day. However the floor was small and uneven- one of those glass night-clubby floors with ridges round the panels of glass - really only good for rock.

I soon found that my anxieties about inexperience with American smooth, Latin and rhythm dances were unnecessary as Stephen had assured me in my Cruise 101 lesson a few days earlier. The waltz and foxtrot are much more open and relaxed than the International versions. I even got to dance quickstep and Viennese waltz and I found that with the discipline of the training I have had in the International Standard and Latin dances (thank you Bernice and Aegide from Vancouver Ballroom) it was really easy to follow the strong leads of the dance hosts through virtually any of the dances. Just a question of relaxing, lagging rather than anticipating, and just having fun. And fun it was.

It was really great learning a variety of new dances. Stephen had introduced me to the 4 step hustle and I found I could easily follow the various moves. It's an energetic dance but the jive gets one fit enough to last through any of the other swing dances. I also learned a variant, the six step hustle, from Roger.

I wonder though whether the bands actually think about the fact that people are dancing! In Club Fusion XTASEA began to play a samba and I got out on the floor with Piero. It was great- I really love the samba beat – but I swear they played the samba non-stop for about 10 minutes and even my endurance was severely tested. On later occasions we switched from samba to merengue. It is not one of my favorite dances – feels a bit like a lazy person's lateral samba – sort of shuffling rather than bouncing - and hell on the hips! but not as energy consuming as the samba.

By the time we called it a night at midnight I was still full of energy and could have gone on for hours but the dance hosts looked pretty tired! Anyway for Sunday in Santa Barbara I had booked a Wine Country tour that left early so sometime I needed to get some sleep. I made my way down two flights of steps to the Plaza level deck 5 and after some half-hearted attempts at stretching (Julie and Cale I really tried!), I was out like a light and did not stir till my alarm went off at 6 am. 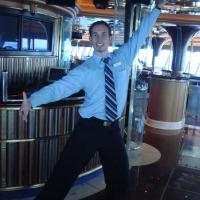 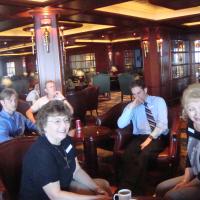 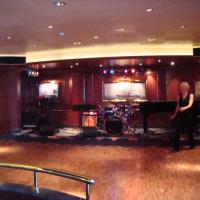