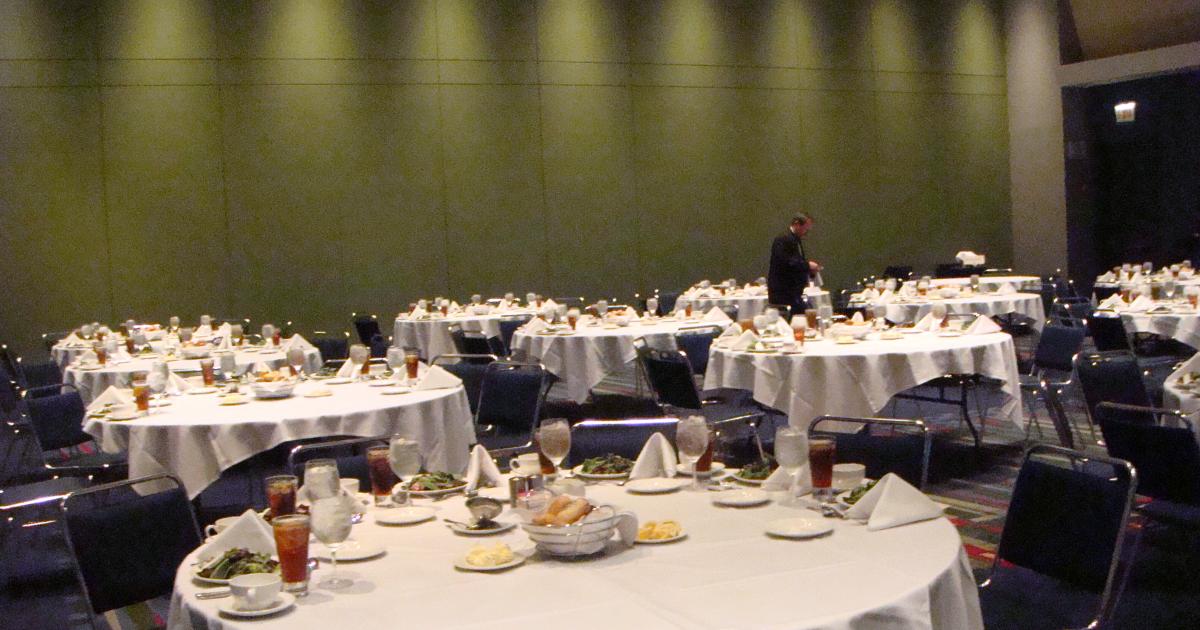 I had a great sleep, curled up among a variety of pillows on the comfortable Sheraton bed and woke at  my usual 6 am time, full of energy.  I decided to have a leisurely breakfast and then go down to the Link cafe and take care of my on-line check-in for tomorrow before heading over to the conference centre.. This is a terrific feature that the Sheraton has - they don't charge for Internet access using the computers in their Link Cafe. Unusually for me, I did not bring my laptop on this trip, so I forgot to check wether wireless Internet access using one's own laptop is also  free.

Anyway it was simple to check in with United on line and print my boarding pass.  Then I decided to check my email - and found an urgent message sent late yesterday with an apology for the late notification,  telling me that I should be at the opening of the Plenary Session for the morning, as a short presentation of  the CSCC award winners would be  made and we were supposed to be there to stand and be acknowledged.  Hmmm. I looked at my watch. It was 9. 20. I had missed it. Oops.

I felt really bad but  nothing could be done about it at this stage, so I decided to carry on with my schedule as originally  planned. Shortly I changed into the suit I brought for this occasion -  a rare chance for me to dress up a bit, as my life these days is very casual. I tend to wear pants more than dresses and skirts when I go out. This suit, a turquoise silk skirt and jacket, felt quite dressy.  Can't remember the last time I wore stockings other than for ballroom dancing.

I dashed downstairs just in time to catch the shuttle bus leaving for McCormick Centre.  Found myself sitting next to a woman who is in charge of  the satellite reference laboratories for one of the major referral labs. It was interesting to hear her take on private laboratories and US health care and the conversation kept us occupied until we got to the Centre.

When I got to McCormick Place it was too early for the lunch meeting so I went to check out the exhibits.The AACC/CSCC  exhibit of laboratory-related equipment, reagents, software, booksellers, and technical organization booths is gigantic- big enough to thoroughly tire out feet in high heeled shoes, long before your head is exhausted. Anyway I strolled around encountering all sorts of people i had not seen for several years.   That's what I used to love about the annual meeting - meeting friends from all over the US and Canada and catching up on the previous year's events.

Just before noon I headed off to the room where the CSCC lunch and AGM was to be held.  Sherry gave a presentation speech before  presented me with the plaque and award. I was touched by her speech and really appreciated the fact that my work was valued, and acknowledged in this way.

Later that day I attended the Canada party hosted by the CSCC.  Again it was great to see old friends and so many of them. I caught up with a friend that I had met  when I first joined the executive of  what was then called the Pediatric Division - more years ago than I want to count -  Barbara, who was currently this year's President of the American Association for Clinical Chemistry.  As you can see from the picture we both like blue! Our dress code  was unplanned.

We arranged to meet for later for dinner to catch up on a couple of years worth of news. That turned out to be an interesting dining experience in Shula's Steakhouse.
It had been a very busy day for me and even more so for Barbara so we decided that a quiet dinner in Shula's Restaurant which was located in the Sheraton hotel, was the best choice for us.
However as we were being shown to our table we passed a table of ten of our friends and colleagues from the meeting so it took a while for us to settle down and pay attention to the spiel from our server. And the restaurant was packed and not exactly quiet.
Finally when we were seated and ready, the server brought a large green football on which was printed the menu. Well I guess every place has to have a gimmick and Don Shula was the winningest football coach so what else would suffice but a menu on a football? Next our server wheeled round a huge trolley on which sat huge slabs of meat. We both decided that even the smallest cut was just too much meat for either of us to eat, so we ended up ordering a  10 oz fillet and sharing it. And believe me that was more than adequate. With it we ordered a side of mushrooms which turned out to be enough to have fed four comfortably. The steak was beautifully prepared. Fortunately both of us like steak on the rare side of medium, so that worked out well.
By ten I was back in my room and getting packed up for my early flight back to Vancouver the next day.
This was a great visit to a city I really enjoy. I was happy to have seen so many of my old professional friends, and to have spent some time however brief with Bobbie and Roy. But as I headed back to the airport I felt a tinge of nostalgic sadness.
Over a twenty year period I collected coffee mugs from each of the AACC conferences I attended. When I moved out of my house and downsized in 2005 I gave away my collection keeping only a few mugs from the meetings I had enjoyed the most. I did not pick up a coffee mug at this meeting. I guess it's symbolic of my present mind-set. I doubt whether I can justify attending any more of these conferences now that I have so completely refocused my life away from medicine and into the arts.
Well it was great while it lasted. Adieu! 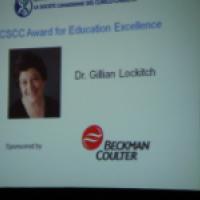 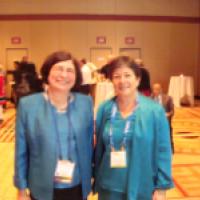 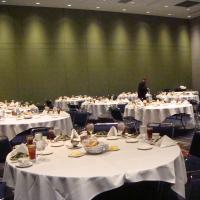