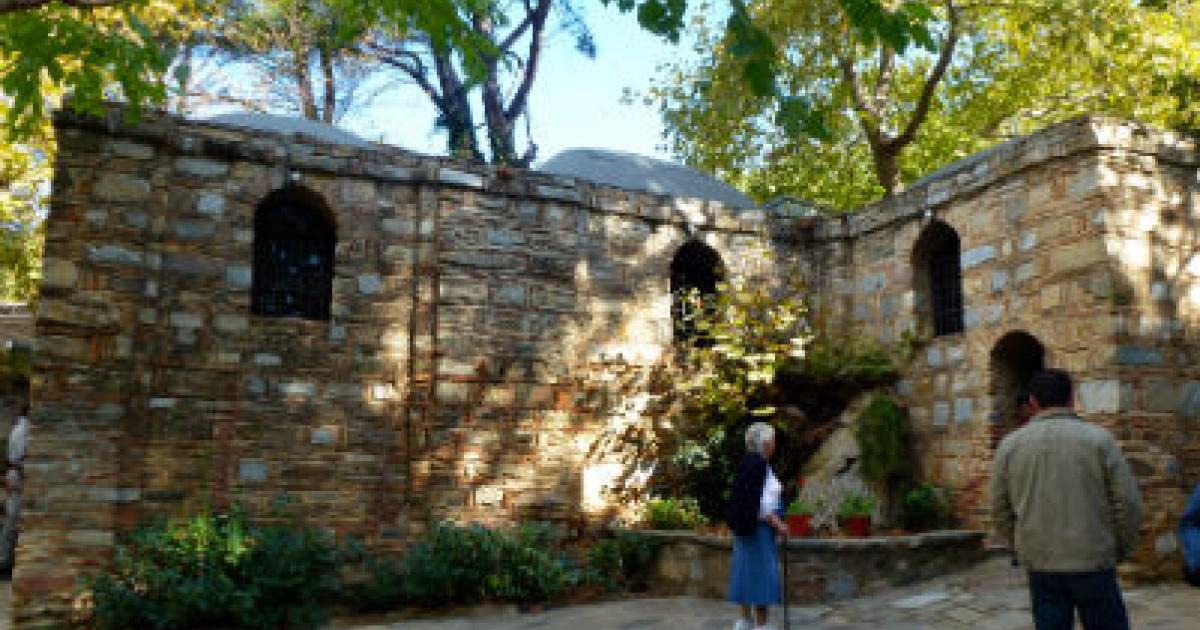 After Istanbul, our second port in Turkey was Izmir, once the ancient town of Smyrna, at the head of the Gulf of Izmir on the Aegean Sea. It has been suggested that Homer may have been born in Smyrna. The modern city of Izmir is third in population after Istanbul and Ankara.

About an hour away from Izmir is the town of Selçuk, near which the city of Ephesus once stood. Ephesus is one of the best-preserved ancient sites in the world and is Turkey’s most important heritage site. The history of the city is fascinating. Believed to have been founded  on the site of a Bronze Age settlement  from around 1400 BC, in its hey-day as a Roman city it  had around 200,000 inhabitants. St Paul is said to have spent three years in Ephesus and St. John is believed to have written his gospel there.

Of the several available excursions, I chose a tour to Ephesus with lunch at a resort hotel in Kusadasi and a folkloric show. The tour was 7 hours and by the end of it I decided that for the future, full day excursions are too long a time for me. My limit is about 3 to 4 hours. I must admit the the ruins at Ephesus were pretty awesome, but I am not good with  crowds and long line-ups, and I go nuts when people can't  obey a simple instruction to be back at the tour bus by a given time.

But back to this tour.
Our first stop was to see the House of The Virgin Mary, where Mary is said to have lived the last years of her life. The building was rediscovered in the late 19th century by Lazarist monks from Smyrna after a vision described by a German nun. The site is officially a shrine of the Roman Catholic Church and was visited by Pope Paul VI in 1967, Pope John Paul II in 1979 and Pope Benedict XVI in 2006. It is a small rather nondescript stone house, which looks misleadingly bigger in the photos than it actually is. We had to line up to enter it and then were "encouraged" to walk though rather rapidly, to put it mildly.

Once everyone had returned to the bus (yes there were "stragglers") we drove about 20 minutes  to the ruins at Ephesus. This is what I gathered about the history. The ancient Greek town of Ephesus was founded in the 10th C BC. It thrived until around 650 BC when the city was razed by the conquering Cimmerians. Once they were defeated, the city again thrived until conquered by Croesus, king of Lydia (he of "rich as Croesus" fame).

The facade of the Library of Celsus, built about 135 AD, was reconstructed from original pieces. It once held nearly 12,000 scrolls.
The Great Theatre which was rebuilt several times had a seating capacity of 25,000 people.  For comparison, we can seat about 19,000 in our Vancouver hockey arena, the Rogers arena, and around 54,000 in BC Place.

Opposite the remains of Hadrian's temple, is the area where the Terrace Houses are being excavated under cover.

The oldest inhabited dwelling in this area has been dated back to the 1st century BC. These houses give some insight into the homes of the wealthy during the Roman period with colourful mosaics, and frescoes.

From Ephesus we drove to the resort town of Kusadasi  for a lunch highlighting Turkish specialties in a five star hotel. During lunch we watched a folk dance show.

It was fascinating to see the site of Ephesus and the ruins, but after 7 hours I was more than ready to return to the ship for a nap! 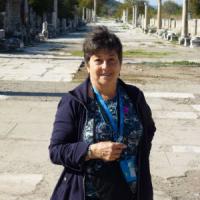 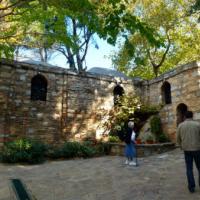 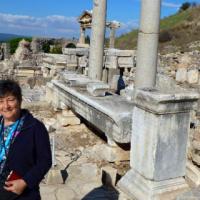 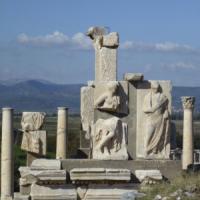 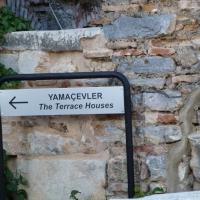 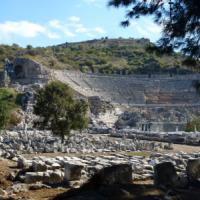 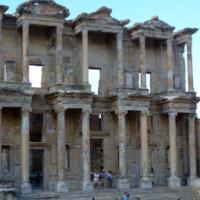 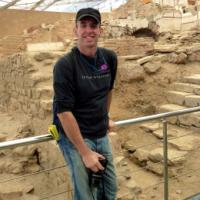 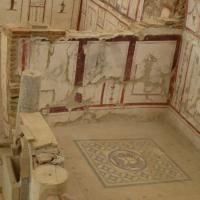 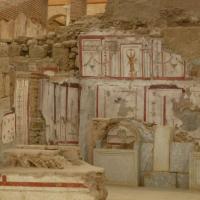