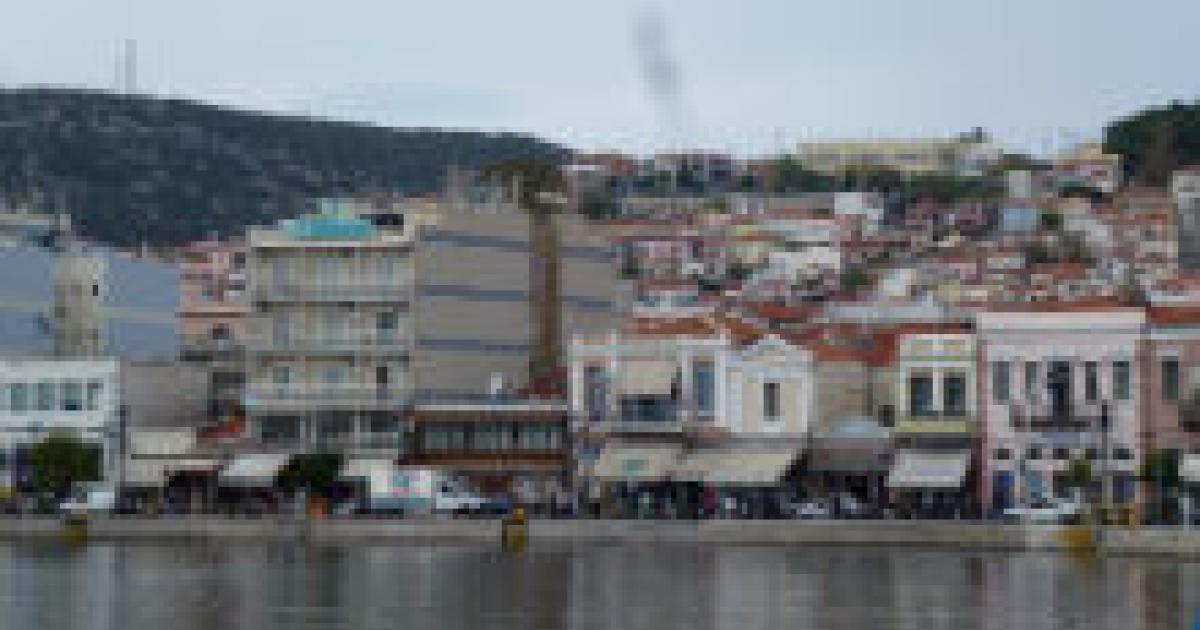 On this cruise, I chose to book several excursions as there is so much to see and I was hoping for excellent and knowledgeable guides.  However in Lesbos I planned to simply walk around the harbour area of Mytilene and find a taverna to have a lunch of calamari and Greek salad.

Amazingly for this time of year, the weather was again very good- sunny and quite warm.  For this dance-camp on board we decided to schedule dance lessons for mid-morning. I was craving the authentic Greek style calamari that I remembered from years past so the plan was to go ashore and find a seafood tavern in the harbor area.

There were no activities scheduled in the Queens Room although tender tickets were being handed out  there.  The morning rush for passengers taking excursions was over. When I got there and put on my dance shoes, the Queens Room was empty but for the ship staff and the occasional person who wandered in to get a ticket to get on the tender, so I was quite happy to have a lesson there.

For the first part of the lesson I was working on basic technique for smooth dance movement. From years of desk and computer work my posture has not been great, and with lots of recent social dancing on the East Coast cruise and at home,  I was slipping back into old bad habits, and losing good posture and frame. So there I was on the empty Queens Room dance floor, working hard, trying to stretch my body into a semblance of good dance posture, extend from the hip, push, and “move my head across the floor”- you know the drill - when suddenly hordes of people streamed into the Queens Room and sat down to wait for their tender number to be called. I guess it was the  later group of tours.

I was momentarily distracted - well maybe more than monetarily -  but a stern reminder to FOCUS brought me back to the task at hand. So for the next while, my lesson continued while a couple of hundred fellow passengers sat waiting to be called, with nothing better to do than watch the "show" taking place on the dance floor. Interestingly over the rest of the cruise, I met  all sorts of people who recognised me from that lesson and dancing in the evening and wanted to chat about dance; quite a few made comments about "such hard work when you are on a holiday." But I just smiled and replied that if you want to get better at anything, it's going to be hard work.

After the lesson we went off to our cabins to change out of dance gear, and then met at the tender to go ashore. I was surprised to read that Lesbos is the third largest island of Greece. The largest is Crete, and then Evia, an island I had not previously heard of and actually still don't know where it is.

In the 7th and 6th centuries BC, Lesbos was a major cultural centre. Throughout the civilized world,  Lesbos is known for being the birthplace of Sappho, the famous poetess who established a school for girls on the island. Apparently the other big claim to fame of the island was the local poet Terpandros who invented the seven-stringed lyre and was called “The Father of Greek Music.”

We walked all around the harbor till we found a tavern and ordered Greek salad and grilled calamari. The calamari was delicious, not tough and chewy as one sometimes gets it. The salad was laden with red luscious tomatoes and cucumbers with a huge chunk of delicious feta on top.

After lunch we wandered for a bit along the harbour wall, and I got some pointers on improving my photography.  Robert took off to take photos and I experimented on exposures and perspectives with my camera.

I watched an interesting looking old man fishing,  and then went back along the harbour wall to catch the shuttle and tender back to the ship.

That evening was the first formal night, the Cunard Ball. Everyone looked elegant, the women in formal gowns and men in the black or white jackets and tuxedos. The Queens Room Orchestra under musical director Maurice Williams with vocalist Paul Christopher, played ballroom and Latin music. As is usual with the formal nights, the floor was very crowded but still  the dancing was wonderful. The professional couple Eugene and Darya performed - very impressive.

At 10:30 we went to the late show of Vanity Fair in the Royal Court Theatre, and I was again blown away by the quality of the singers and the dancers. Very well rehearsed, I guess they repeat these shows week after week so they should be good. 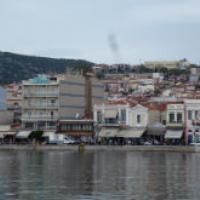 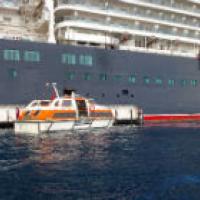 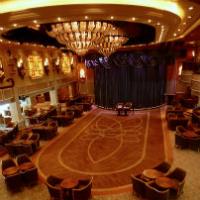 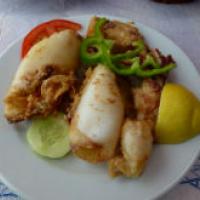 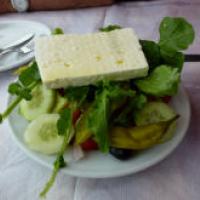 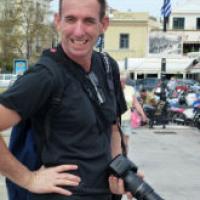 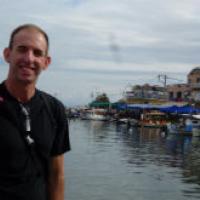 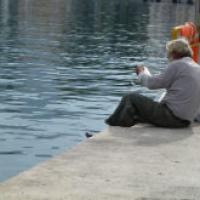