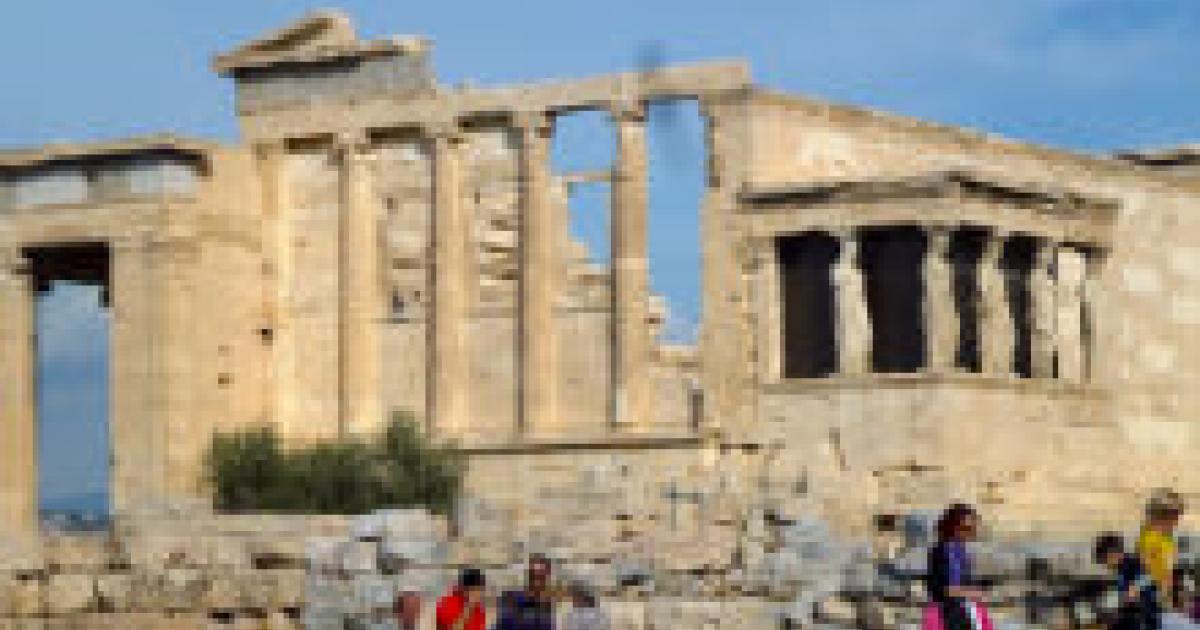 Following advice on an excellent website for travel in Greece, namely "Matt Barrett's Geek Travel Guide", I made a hotel booking at the Hotel Attalos on Athina Street, about 5 minutes walk from The Plaka area.

The weather in Athens has been unseasonably warm and dry so when I woke with the sun streaming through the hotel window I anticipated a very pleasant day exploring the city. After walking through some of the the narrow streets in the Plaka, and picking up almonds and walnuts from one of the stores, we decided to take a Hop-On Hop-Off Red Bus and tour the city.

The Acropolis was on winter hours and closed at 3, so at the Acropolis stop we got off the bus.  For reasons that were unclear, admission was free today. Lucky us!

The site of the Acropolis has the remains of several ancient buildings , including at least two temples dedicated to Athena,  goddess protector of Athens. The Parthenon was the temple of Athena Parthenos, or the virgin Athena. I should have made the connection from the biological term parthenogenesis (asexual reproduction). The buildings on the acropolis were built, destroyed and rebuilt many times.

The design of the present structure of the Parthenon was from the mid-5th century BC in the time of Pericles. Athens was then the major cultural centre of Attica and the Acropolis was the centre of the Delian League, an association of Greek city-states formed to fight the Persians. The name derives from the original meeting place of the league on the island of Delos .

We walked around the site of the Parthenon, which is still undergoing major  restoration work, and also visited the area around the Erecthion.  From the summit  the panoramic view of Athens was amazing - the city stretches out for miles in every direction. The surrounding population is around 6 million people.

From the Acropolis you can look down on the ancient open air theatre in Athens  where Greek drama originated. It is the birthplace of the modern theatre that we enjoy today.  Although Thespian, credited with being the first tragic actor, was said to perform on a wagon, in the agora (market place) of Athens, the open air "theatron" ( seeing place in Greek) was built by the 6th century BC. Built initially of wood and later of stone, the ruins that remain are thought to date from Roman times.

The Dionysian Festivals featuring the play writing competition between three tragedians, were held here in March or early April.  Each playwright had to produce four plays in a day. The original structure of tragedy comprised two elements - a chorus who sang in between verse spoken by a single actor. Later Aeschylus introduced a second actor and emphasized dialogue over the chorus. He is credited with being the father of tragedy. By the competitions of the mid 5th century BC, when both Aeschylus and Sophocles were competing, a third actor was introduced.

It has been calculated that in theory 17,000 spectators could have been seated in this ancient theatre. It is sad to think that today it is often hard to fill a house of 200 seats.

Once we had our fill of wandering around the Acropolis, we got back on the bus to complete the city tour and then wandered up to Adrianou Street, restaurant row in the Plaka. It was jam packed with people dining.  at restaurant after restaurant. No sign of a failing economy and people saving their euros here.

We had dinner at Kuzina, which had been recommended to us. Enjoyed a good meal and then wandered back down the hill to the hotel. It was already dark by 6:30 but Greece was already on daylight savings time unlike North America which has still to change this weekend.

With the transit strike the next day we had to figure out how we are getting to the cruise ship. Luckily there was a message waiting from the company through whom we had arranged transfers and the found an alternate solution for us. 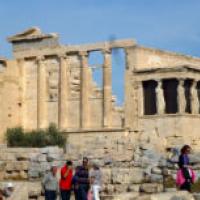 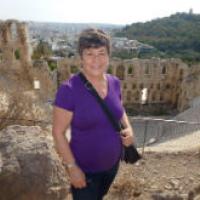 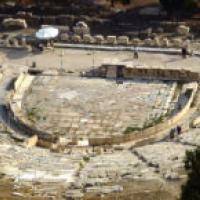 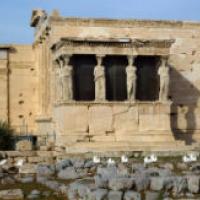