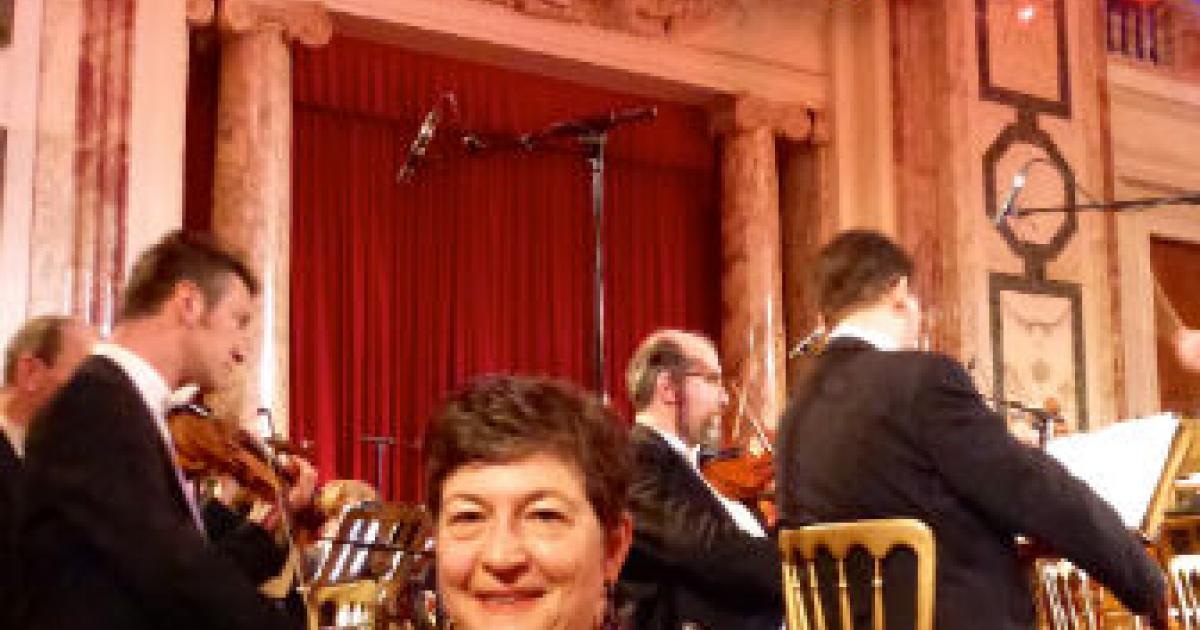 Vienna is known as the city of grand  balls, with more than 450 balls taking place annually,  providing more than 2000 hours of dancing. The Carnival season in Vienna is filled with more than 150 large formal balls and hundreds of smaller dances that are held from before New Year till Lent. The 2013/14 ball season opened with the Vienna Red Cross Ball held at the City Hall in November.  On New Year’s Eve, Le Grand Bal at the Hofburg Palace brought in the New Year.

During the week that I was in Vienna, I could have gone to four balls including the Coffee-House Owners Ball and the  Russian Ball. I opted for two on the first and last Saturday nights of my stay - the Johann Strauss Ball at the Vienna Kursalon and the IAEA Ball at the Hofburg Palace.

This was a good choice as they were very different entities and the experience was quite different.  In retrospect, I would  probably have also  arranged to go to the Coffee-House Owners’ Ball but as it was on the Friday night before the IAEA Ball I thought it might be a bit too much.  And actually, the fact that we did not go to the Friday night ball, meant the opportunity to see an awesome musical Der Besuch der Alten Damen.

One I would have loved to attend is the Opera Ball,  held in the Vienna State Opera house where we were lucky enough to get tickets to see the Vienna State Ballet perform The Sleeping Beauty (see The Cultural Scene). For the ball, the auditorium is completely cleared and a dance floor put in.  Can you imagine the logistics of having to dismantle all the seating, bring in a dance floor, and then have it all back to normal for a ballet or opera performance in a day or two? And what do they do about the raked floor? But unfortunately the Opera Ball was scheduled for the week after I had already returned home, so that will have to await another Vienna visit.

Some useful information. One can buy tickets for table reservations with dinner beforehand or general admission tickets. There are strict dress codes. Unless wearing national costume (and there was some interesting attire at the IAEA Ball) women should wear long gowns, and men should wear tails, tuxedo or a dark suit with bow tie. It is smart for women to bring an extra pair of dance shoes to keep at the  coat check. I did not for the Strauss Ball and was fine, but at the IAEA Ball my feet were aching by the end of the evening, and I wished I had brought a pair of shoes to change into. For the first ball I did not have a purse with me, and had nowhere to keep a camera or cell phone camera. For the IAEA ball I had a small shoulder purse which I  kept over my shoulder while dancing, and that worked fine.

Traditionally the ball is opened with  the debutantes and their tuxedoed escorts entering the hall and performing a waltz. The debutantes are dressed in long white dresses, with white gloves and coronets in their hair. The call of Alles Walzer is the signal for all the guests to dance. From my very limited experience, I would perhaps try the first waltz and then get off the floor and wait till the mob has thinned out a bit.

At midnight, traditionally the Quadrille is danced. This is a dance in 6 parts, with the steps explained in advance by the dance master. We learned the steps during our Waltz Week dance camp. We missed the start of the Quadrille at the IAEA Ball but therefore had a chance to film some of it. You can see how tightly packed the participants are. And how beautiful the ballroom is.

This opportunity to waltz at  a Viennese Ball in magnificent surroundings to music that has set my feet a-dancing for so many years, was truly a dream experience. 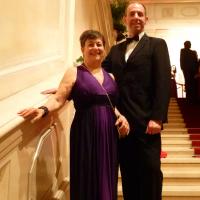 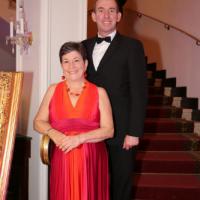 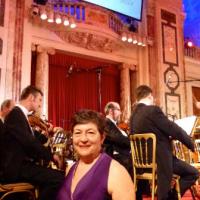 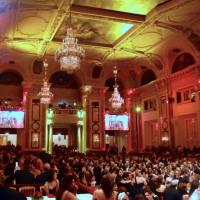