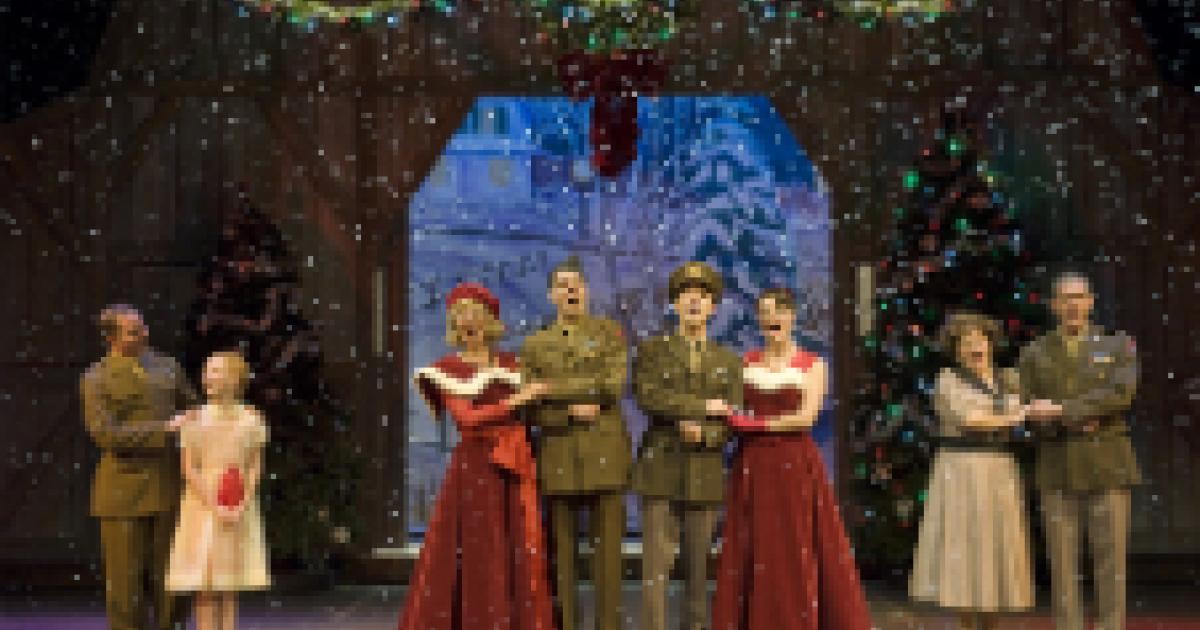 Vancouver, BC: As those of you  who have followed my recent  theatre travels and cruise adventures dancing at sea to destinations from Bora Bora to Beijing to  Los Angeles to New York, know by now, I am delirious about dance, so how could I not love a show with a song titled "The Best Things Happen While You're Dancing"?  Add some rapid-fire tap dancing, great ensemble work and music and lyrics that are embedded  in my memory bank from years back, and White Christmas makes for a delightfully sentimental evening's entertainment.

Irving Berlin wrote the song “White Christmas” for the 1942 movie Holiday Inn. Sung by Bing Crosby,  it won the Academy Award that year and  was later used in  the 1954 film version of  White Christmas. In today's lingo it  went viral and today there can't be a person over the age of 1 anywhere in the world who does not know this song. Following the more recent cross-genre trend of going from film to musical (like Dirty Rotten Scoundrels) rather than the previously more usual  musical to film, the musical version of  White Christmas was first produced in San Francisco in 2004. But it still retains its 1950s feel.

The story opens on Christmas Eve 1944 somewhere in Europe where two  US army soldiers, former Broadway entertainer, the reserved Captain Bob Wallace (Jeffrey Victor)  and extrovert philanderer, Phil Davis (Todd Talbot)  are putting on a show for the troops. Their respected General Henry Waverley (Rejean Cournoyer) is returning to the US for treatment of an injury.

Fast forward ten years. Wallace and Davis are now a successful entertainment act and they encounter the performing Haynes sisters, reserved Betty (Sara-Jeanne Hosie) and extrovert Judy (Monique Lund).  Phil and  Judy hit it off instantly, but  Bob and Betty - well, there has to be a down arc to the story for it all to be resolved happily in the end.

Aided by various acts of "larceny'" they all land up at the inn in Vermont that just happens to be owned by the retired General Waverley, who is being visited by his young niece from California, Susan (Rachael Withers). Business at the inn is down, but the feisty manager, Martha Watson (Susan Anderson) is not letting the general know just how bad things are. Wallace and Davis decide to help out their general, but busybody Martha gets involved and things start to unravel.  But it is Christmas so of course all ends well.

The musical production has some beautiful Berlin songs that were not in the movie. " How Deep is the Ocean" is delightfully romantic and "I love A Piano" afffords the cast an opportunity for some dazzling dance displays.  I loved Anderson belting out "Let Me Sing and I'm Happy" and Rachael Withers' reprise of the song was adorable.

It is always great when you are cozy inside and see through the window snow flakes start to fall.  It must stir some primitive human response because it was quite amusing to hear a collective sigh of satisfaction roll through the audience as the "snow "  fell on stage.

The production certainly left me with a warm and cozy feeling. "Let it snow, let it snow, let it snow" - but not quite yet. its great for the skiers, and we need it for the Olympics, but a White Christmas will be time enough for me because I will be ballroom dancing in the Caribbean then. Hot, hot, hot!

White Christmas is currently slated to run till Dec 27th. Buy your tickets soon because as of now 45 of the shows are already sold out. For tickets call 604-687-1644, buy on line at The Arts Club or visit the box office at Granville Island or at the Stanley. 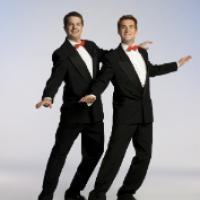 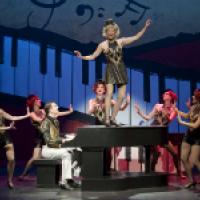 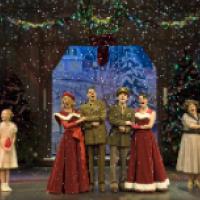