Way of the World - Reviewed by Sean Allan

Way of the World - Reviewed by Sean Allan

"A man may as soon make a friend by his wit, or a fortune by his honesty, as win a woman with plain-dealing and sincerity".

Vancouver, BC:  William Congreve certainly had a way with words and is justifiably referred to as  "the English Moliere".  The United Players has chosen to open it's 50th Anniversary Season with his most famous comedy.  It is an inspired choice. The Way of the World minced into the Jericho Arts Centre last night and gob-smacked the crowd with wit, repartee, epigrams, raillery, cant and delightful double-dealing.

Adam Henderson has directed this double-edged soufflé of a production with care and class - and a cast that was more than up to the task of making a Restoration comedy from 1700 funny for the 21st Century.  This is not a theatre piece for those with an attention deficit, as it requires the audience to be alert and thinking at all times.  The language is complicated and delicious and the company clearly has a ball spitting out the words to the delight of the opening night theatre-goers.

United Players Artistic Director, Andree Karas, made the opening announcements about fire exits and season tickets in old-English verse, that set the tone for the evening,  and unleashed the cast to do their devilish work.     Gwynyth Walsh attacks the role of Lady Wishfort with evil glee and could teach a course in "Asides to the Audience 101".  When she takes it over the top we enthusiastically go with her for the ride. She always had her audience firmly in her grasp.   Miranda Duffy is the coolly villainous Mrs. Marwood, gorgeous and subtle.   As Mrs. Millamant, Joey Bothwell is daffy but not dumb.

The Vancouver Film School is producing some fine young actors for the stage if the graduates in this production are any indication.  Three recent grads are particularly notable.  Patrick Spencer brings style and gravitas to the role of Mirabell.  Joshua James is a fop's fop as Witwoud.   Seth Little is hilarious as Petulant, who seems always in danger of being consumed by his own wig.  He also opens Act II as a perfectly silly singing satyr.  There are several other cast members that were tapped from the VFS and they presented themselves very well indeed.  There is also a small jewel of a performance by Victor Vasuta as a fraudulent suitor for the hand of Lady Wishfort.  David Campbell brings a boisterous common touch to the evening,s proceedings.  The rest of the cast is more than up to the task at hand.

The set design by Simon Webb is complemented by Jenny Lang's period costumes.  The movement of the set by the cast was cleverly directed and executed, and on a couple of occasions, very funny.  If you have tired of television fare that consists mainly of autopsies and reality shows about large broods of children, treat yourself to some enduring fun at Way of the World at The Jericho Arts Centre through to September 27.  For show times and ticket prices call 604-224-8007, extension 2, or go online to www.unitedplayers.com. 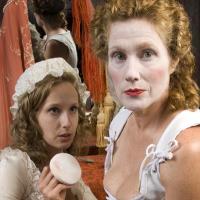 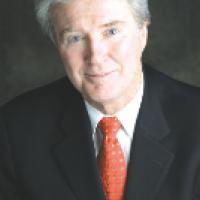