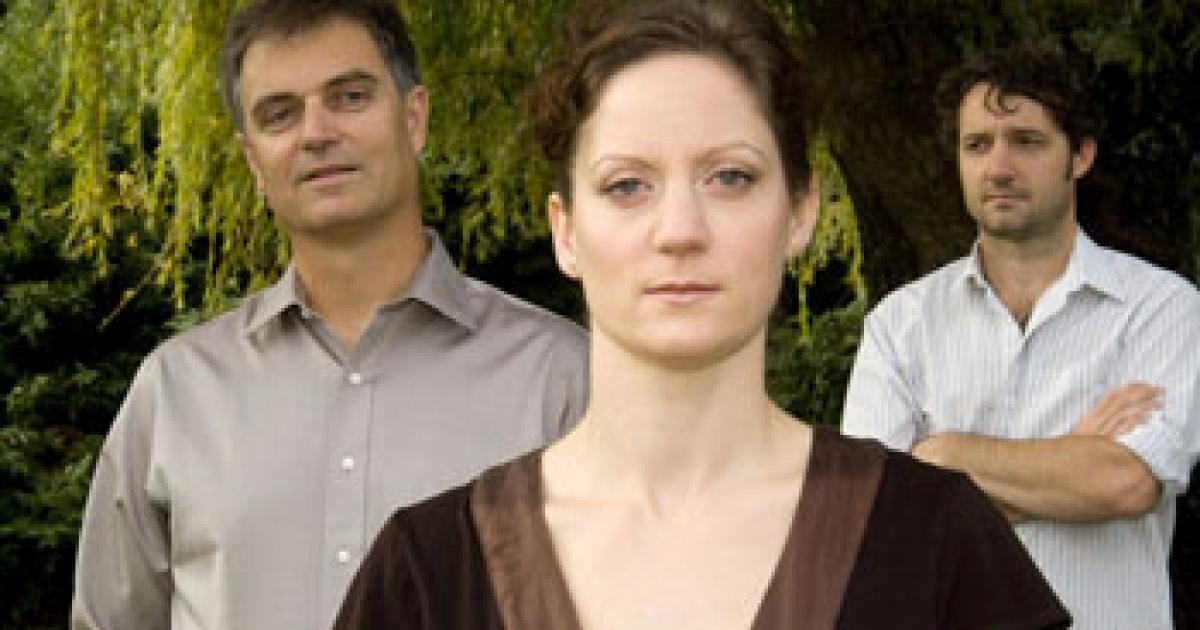 Vancouver, BC:  VERTICAL HOUR LACKS LOINS
I applaud United Players for bringing this intellectually engaging play to the Jericho Arts Centre.  The work of David Hare is always good for  lively discussion on the way home from the theatre.  But this production is like having three really nice, interesting people over for dinner; and you discuss politics, doctors, psychiatry, war, relationships, sex, marriage; and they stay way too late.  There is a lot of talk about  what is really going on during the evening with very little evidence of anything but talk.

David Hare has written three very interesting lead roles and Director, Tamara McCarthy has failed to bring them to life.  There is no ferocity, no sexual tension, no passion, irony or sub-text...just people talking and talking and talking.

This is a play that deals with large topics such as the War in Iraq, and the war of opinions about it.  The main protagonists are Nadia Blye, a former war correspondent and now Yale professor of politics, and her lover's father, Oliver Lucas, a doctor who has retreated to isolation in Wales.  Nadia's boyfriend, Philip,  is the third leg of this dramatic stool who claims that his father is attempting to seduce her, but in this production that didn't seem evident.  Nadia as played by Claire Lindsay is significantly endowed with intellect and despite all the talk about her love life, lacking in passion.  She would seem more suited to human interest reporting than covering war zones; and how she would manage to keep a class at Yale interested for an entire period is a mystery.

Graham Bullen manages to play Oliver Lucas as a disinterested third party.  If he was trying to seduce Nadia, the guy was so subtle we had to rely on his son to tell us.  He seemed more like a charming interrogator than a potential Don Juan.  The son, Philip Lucas, is a physical therapist who Nadia met at her gym, and as played by Daniel Martin, he is more of a nice-guy wimp than a self-confident hunk.

The evening starts with some witty dialogue and a promise of provocative word play, but soon dragged.  So much so, that you come to appreciate what a really attractive set Todd Parker had designed and built.