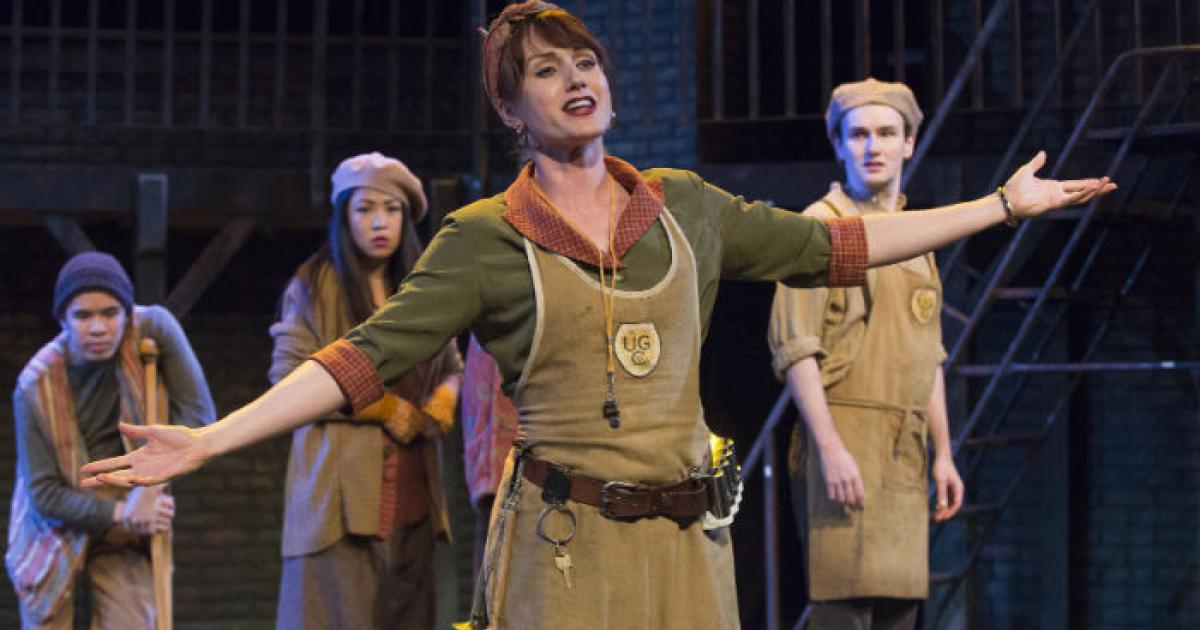 Vancouver, BC: Take a biologically impossible premise, add songs with clever, funny lyrics, thrown in brilliant choreography with parodies of top hit musicals, provide a big bad corporate CEO in cahoots with corrupt cops and conniving politicians... call it Urinetown: The Musical and you have a hilarious satirical show that adults love, even though they are eons past their preschool bathroom-humour phase.

So what's the premise? A twenty year drought has caused a severe water shortage. Private toilets have been banned and everyone has to use public toilets for their excretory functions. The problem is that operation of these facilities has been taken over by the Urine Good Company, a mega-corporation run by the ruthless Caldwell B. Cladwell  and if you can't pay, you can't pee. You also can't urinate anywhere other than these facilities. If you do and get caught, you get sent to Urinetown, a place shrouded in mystery. So if you can't pay to use the public toilet and you cant pee anywhere else you have a major physiological dilemma. Murder, mayhem, kidnapping and revolution play out and it ends unhappily ever after as the people discover that they can't use their water and still have it.

The cast went full out on opening night and the energy in the space was electrifying.  Meghan Gardiner was terrific as the tough hard-bitten Pennywise with a guilty secret. Andrew Wheeler looked every bit the respectable business executive whose elegant exterior masked his callous indifference to the bursting bladders of the poor. As his daughter, Hope, caught between her love for her father and for Bobby, Michelle Bardach  was wonderfully conflicted and she is a lovely singer.  Tracey Power played a sharp, intelligent Little Sally in counter point to the narration of Office Comstock (Donald Adams). My favorites among the many strong performances were Anton Lipovetsky playing Bobby Strong; he has a smile that lights up the stage and he used it to great effect throughout the show; also Matt Palmer's effete Senator Fipp and Shane Snow's high octane Hot Blades.

I loved everything about this show but as a dance addict, I have to give top billing to Tara Cheyenne Friedenberg's stand-out choreography. Triple Wow!

See this show.  It runs till November 29th. Tues too Sat 8 PM with 3 PM matinees on Sat and Sun. 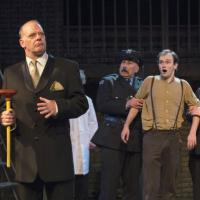 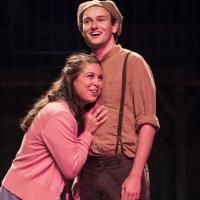