Vancouver Theatre: Underneath the Lintel 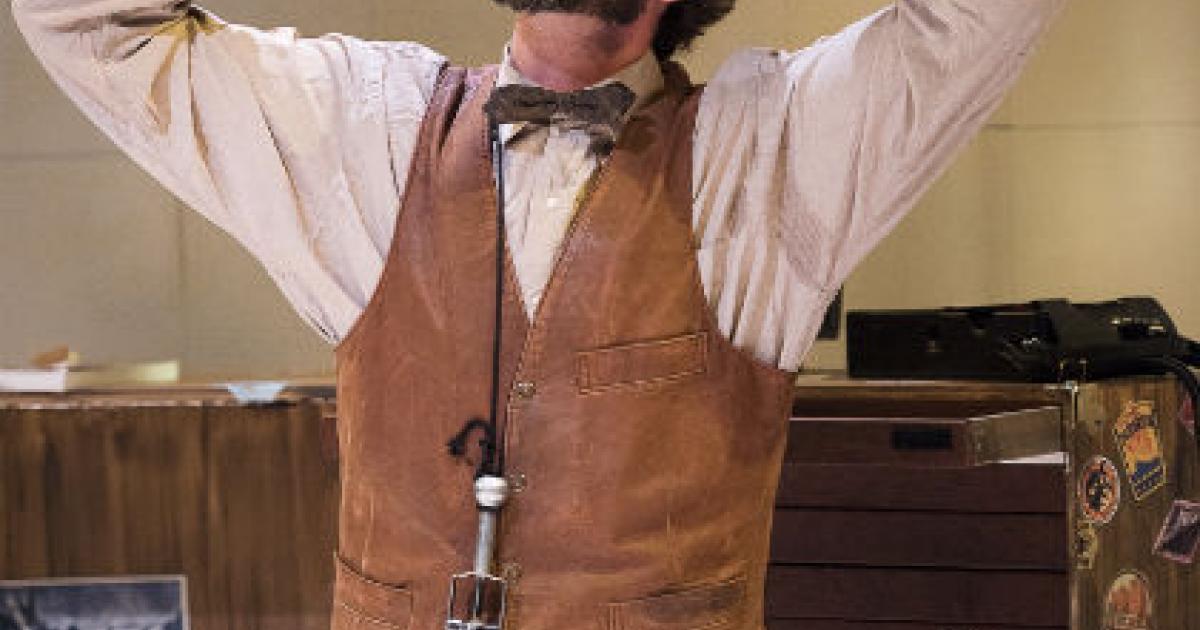 Vancouver Theatre: Underneath the Lintel

Vancouver, BC:  The stage is bare save for a chalkboard, a chair, a slide projector and a large trunk covered with travel labels. A slightly disheveled man wanders in and out of the playing space, fussing with the projector, a cassette player and a too-high projection screen.
This is The Librarian (Nathan Schmidt), and he is preparing to share with us some startling discoveries. As a retired professor, I watch the fidgeting with his not-quite right audio-visual equipment with much amusement. Been there, done that ...  a lot.

But then The Librarian brings out his most prized possession from his years at the book return desk of the library - and I realize I will never think of a date-stamper as an insignificant device again. You'll find out why!

The Librarian is a solitary man, whose function is to check in returned library books, including those returned via the drop box. A book returned late disturbs his  sense of order and he takes pleasure in writing up the fines that have accrued for these late returns. Imagine the disruption to his equilibrium when through the book slot arrives a tattered Baedeker's Travel Guide that is 113 years overdue.

In a spellbinding performance Schmidt takes us with him on a round the world quest to find the person responsible for the book return, directed by scraps of clues he finds along the way. And as we travel with him we come to learn that the script is rife with symbolism and what he is really seeking is answers to fundamental questions of life - "is there a God", "is our fate pre-determined" or "can the choices we make 'underneath the lintel' alter our destiny."

This may sound deeply dramatic and heavy but in fact the Librarian's quirky pleasure as he unravels mystery after mystery, together with his pictorial slide show and recordings keeps the mood light and very funny.  Schmidt is masterful at engaging with the audience and though the play runs 85 minutes without intermission he held me rapt in his quest throughout. I loved it.

With a light and tasty pre-show supper at Portobello Restaurant just down a few blocks on Broadway, we had a delightful evening overall. 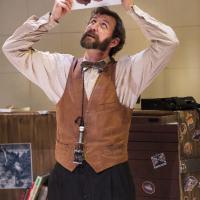 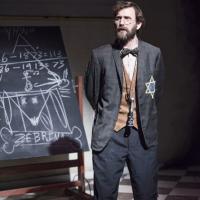