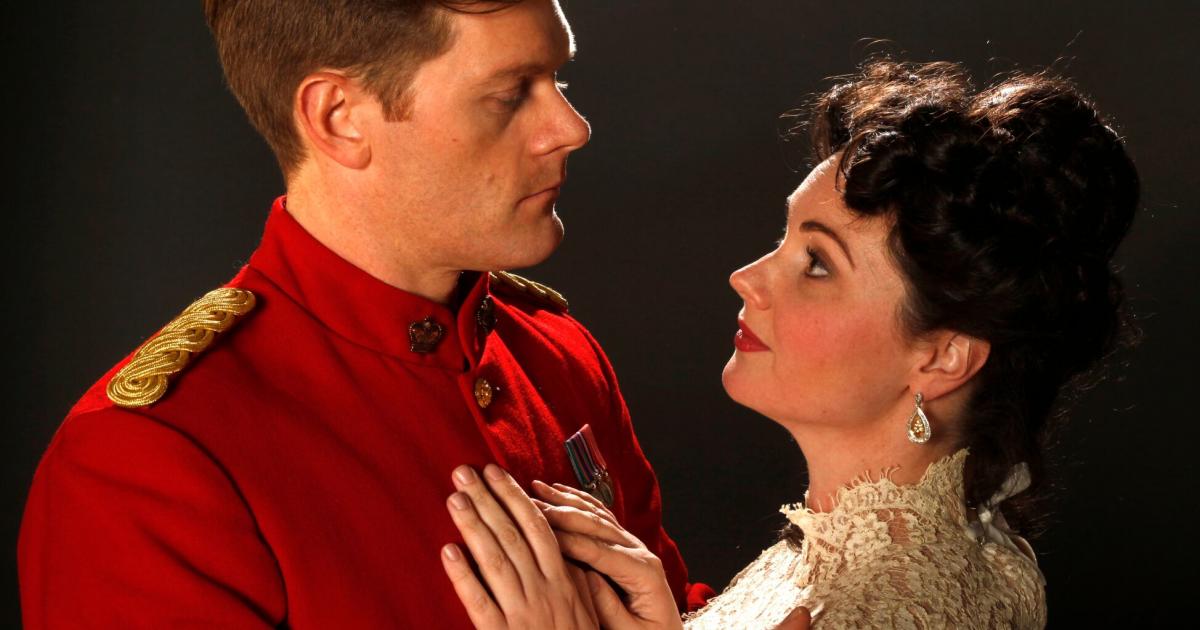 Vancouver, BC: Blackbird Theatre company celebrates its 10th anniversary of producing classical theatre with a sparkling production of The Rivals. From their first production, Schiller's Mary Stuart starring Gabrielle Rose (tonight AKA Mrs. Malaprop), their shows have always maintained a high professional standard with excellent performances and strong technical values and this production continues in that tradition.

On thinking back to some of the interesting pre-production discussions I had with Blackbird's Artistic Director before Mary Stuart and Hecuba were staged, I wondered how many of their productions I had seen over the ten years. So out of curiosity I checked the production gallery on the Blackbird Theatre website. I saw their first five shows, reviewing four of them, as well as attending early readings or adaptations of another two. The move to a December /January production slot complicated attendance for me as my travels to South Africa, French Polynesia and an unanticipated back surgery meant I missed several of the later productions. But I enjoyed the diversity of the plays I saw and on rereading my original reviews, realized that I learned something from each of them. (See Happy Birthday Stanley!; Hecuba. A Mirror for our Times ; To Thine Own Self... ; The Triumph of Love and Uncle Vanya)

But back to the current production. The Rivals has several interesting aspects in terms of theatre history. Sheridan's Mrs. Malaprop is the source of the grammatical term,  malapropism, the unintentional use of an incorrect similar sounding word, resulting in a ridiculous or nonsensical statement. My favorite in this play is the deliciously ironic exposition by Mrs. M when she is sharing her ideas on female education with Sir Antony Absolute.

Written when Sheridan was only 24, the play was first performed  in Covent Garden in January 1775. Criticized for its extreme length, and the poor performance by the actor playing Lucius O'Trigger, the play was performed for the second time only eleven days later, by which time Sheridan had cut the script considerably. This time the reception was positive, and The Rivals took its place in theatre history as a great English Comedy of Manners. What a great life lesson for all of us to not be beaten by failure but come back stronger than before!

Briefly the plot of The Rivals revolves around the relationship between the beautiful, smart and willful Lydia Languish (Emma Slipp), the dapper Captain Jack Absolute (Martin Happer) whom Mrs. Malaprop (Gabrielle Rose) and Sir Anthony (Duncan Fraser) want Lydia to marry, and the man she fancies,  Ensign Beverly, who is actually Captain Jack in disguise. As an ardent reader of romantic novels, and rebelling against the confining and silly morality of her guardian, Mrs. Malaprop, Lydia favours the "poor" ensign over the wealthy Captain. She has two other suitors, the hapless Bob Acres (Kirk Smith) and Sir Lucius O'Trigger (Scott Bellis). Meanwhile her cousin Julia (Luisa Jojic) and Jack's friend Faulkland (John Emmet Tracy) have ridiculous discussions and quarrels about love. And Sir Lucius O'Trigger's written courtship of Lydia (or so he thinks)  is confounded by the machinations of the maid servant Lucy (Jenny Wasko Paterson).

I confess that I like my humour more witty and subtle than overt and I find this type of comedy less appealing than a serious thought provoking drama. Give me a Shakespeare tragedy over his mixed up identity comedies any day. However that does not detract from the uniformly good performances by the entire cast. Among this stellar cast I really enjoyed Jenny Paterson's two servant characters, Lucy and David while Gabrielle Rose was a delight as the obliviously silly Mrs. M.

Overall this is an excellent production.  On the night we went most of the audience were in fits of laughter throughout the play, and I seriously thought the lady in front of me would fall out of her seat, she was laughing so hard. So if you enjoy light hearted comedies, don't miss this professional production of one of Richard Sheridan's masterpiece comedy of manners. 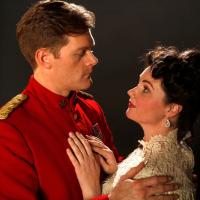 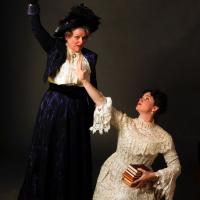