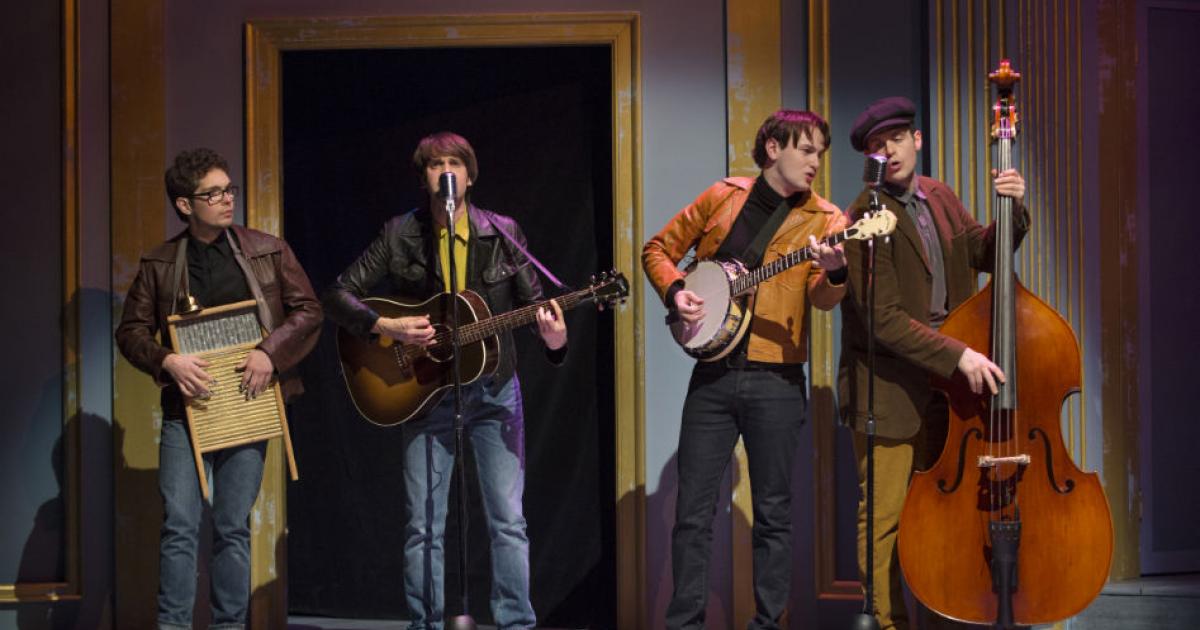 Vancouver, BC:  One Man Two Guvnors is an English adaption by UK playwright Richard Bean, of  Carlo Goldoni's 1743 play, The Servant of Two Masters, with the setting transposed to the seaside resort town of Brighton in 1963. Derived from the early Italian performing practices of commedia dell' arte, the play is packed with physical comedy with improvisation and key stock characters. The prototypical rascally Arlecchino servant to whom the title refers, is represented here by Francis Henshall,  brilliantly played by Andrew McNee.

In brief, Francis is naive, unemployed, and very hungry. Thinking only of how to stuff his stomach, he takes on jobs for two "employers" neither of whom is aware of his other job.

Number one is Stanley Stubbers (Martin Happer), a crook with a elegant air and sophisticated upper class accent. The second employer, Roscoe Crabbe (Celine Stubel ) is really Rachel Crabbe disguised as  her deceased brother, Roscoe, who was  killed in a duel by Stubbers, Rachel's lover.

There was a lot I really liked about this play. I was totally engaged from the moment that  the skiffle band, The Craze, came on stage to play. I loved the upbeat music song and the energy of the band with Craze lead singer Scott Perrie, lead guitar Anton Lipovetsky, Mathew Baker on bass and Spencer Schoening -on drums. I also enjoyed the song by the girl trio of Bowler, Stadnyk and Stubel, one of the interludes in the  show.

Of all the terrific performances, three stood out for me. Andrew Cownden was hilarious as the aged and very unsteady Alfie.

Ryan Beil played the over-acting Allan to perfection  and he had some of the best lines in the play. Who can resist the inanity of a declamation along the lines of "love is pure and ethereal like the kind of water you put in a car battery"? And Andrew McNee was so good that his reactions to one of the "improvised audience interactions" prompted a lengthy and spirited after-show debate about whether it was in fact part of the script or not. The question was only resolved after later discussion with others who had seen the show on a different occasions.

I do have to say that despite enjoying the music and the comedy I found the latter third of the first act slow, and the comedic food segments of the second act also went on too long so that overall, much as I enjoyed the show, I think it could have been faster paced and sharper - at least at the performance I saw.

Still it's good light-hearted entertainment, very funny and was thoroughly enjoyed by most of the other folks involved in our after-show discussion. 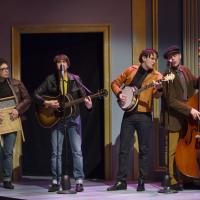 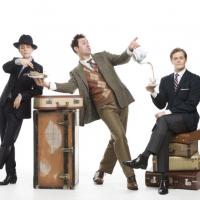 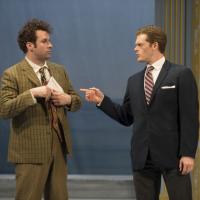 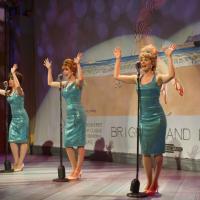 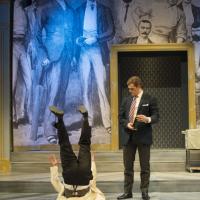