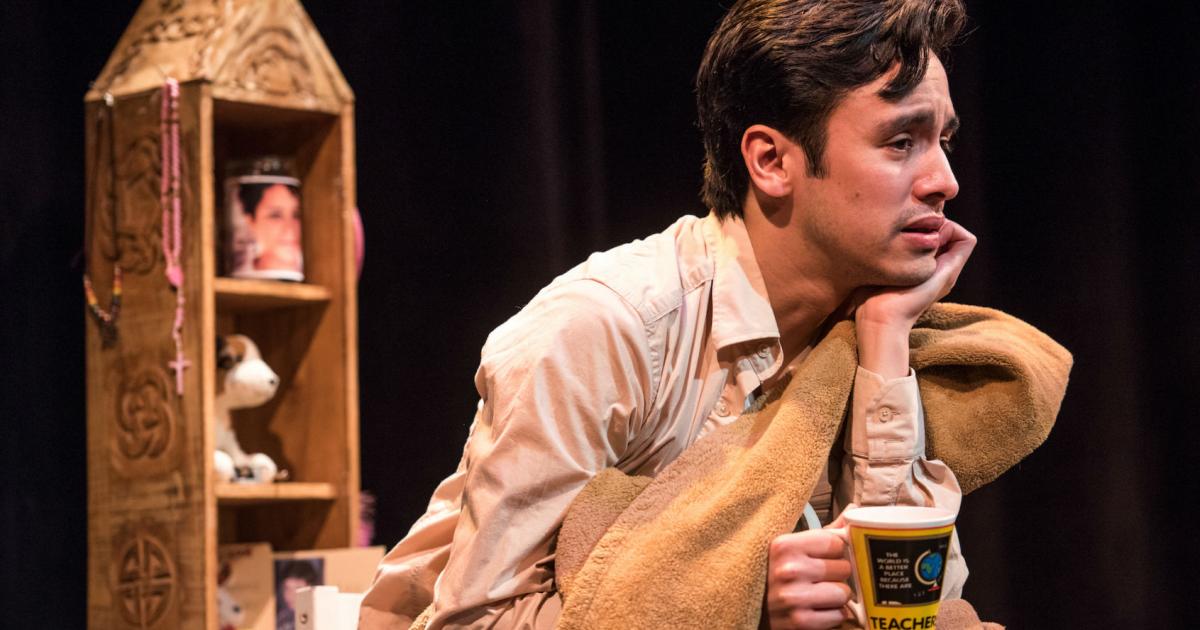 My Funny Valentine
by Dave Deveau
Directed by Cameron Mackenzie
A Zee Zee Theatre Production
The Dance Centre
February 7 to 18, 2018

Vancouver, BC:  When Zee Zee Theatre's Artistic Director Cameron Mackenzie and playwright, Dave Deveau, welcomed the opening night audience, they pointed out that this was the 10th Anniversary both of the company, and of the beginning of the script development of My Funny Valentine - a play suggested by the 2008 murder of  a young teenage boy by another male student that he had asked to be his Valentine.

It struck me that 2008 was also the year that I published my first theatre review on my new website, ReviewFromThe House, transitioning from reviewing for another on-line site. To celebrate the 10th Anniversary of ReviewFromTheHouse a redesign is in process with a re-launch planned soon.

But for now: Somehow I missed seeing My Funny Valentine in its earlier local productions so I came to the performance knowing little other than that this hate-crime murder had occurred a decade ago in a California high school. The play is structured as a series of monologues spoken by 7 characters direcly or indirectly affected by this crime, to show the impact on the social fabric of the comunity and the diammetrically different lenses through which individuals viewed the death of this young boy. Each story is told by The Collector (Conan Wylie) who was impressive in switching personas between man and woman, between student and older man and to an 11 year old girl waiting for a liver transplant. I am always in awe of a solo performer who can switch with such ease between characters in a 90 minute long performance.  The only slightly jarring note for me was the over-exaggerated Valley girl accent of Gloria, a student at the high school, which made her somewhat of a caricature. Though, since her main response to the shooting seemed to be that it would make it hard for her to put the place out of her thoughts when she moved away, perhaps she was not your regular high school student.

Setting the context for the other characters, is the opening monologue of a young local reporter to whom the tragedy represents his opportunity for a news scoop to jumpstart his journalism career.  Then we meet Helen, the sympathetic high school teacher who  the murdered teen had come out to as a ten year old. After the shooting Helen becomes  obsessed with retribution and student safety to the  degree that she  irretrievably damages her marriage. Helen appears three times during the course of the play, and it feels as if its more  about her journey than the murdered teen.

I liked the set  - a circle formed of of books and memorabilia . The actor stayed contained within the circle. To me it evoked both the sense of the contained ommunity in and around the school that had their differing views and at the same time the outward rippple effect as society at large had to grapple with making schools a safe place for all students.

At the conclusion I felt unsatisfied.  Despite the different views put forward by the characters, I gained little sense of either of the two boys and what really happened to cause this tragedy, I was really not moved by the play. In fact the first thing I did on returning home, was to find and read articles about the boys, their troubled family lives and how events had unfolded culminating in the shooting. If that was the intent of the playwright, to remind spectators of this tragedy to engender discussion about contemporary society, divisiveness and polarized gender politics, then the play was successful.

In a terrible counterpoint to the teacher's plea for schools to be a safe place for all students, as I was about to post this piece, there was yet another mass shooting in a  Florida high school by a 18 year old boy with a legally obtained gun. How can you have a "safe" environment in a society where guns are everywhere? 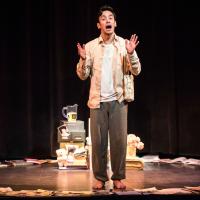