Vancouver Theatre: The Lion, The Witch and the Wardrobe. 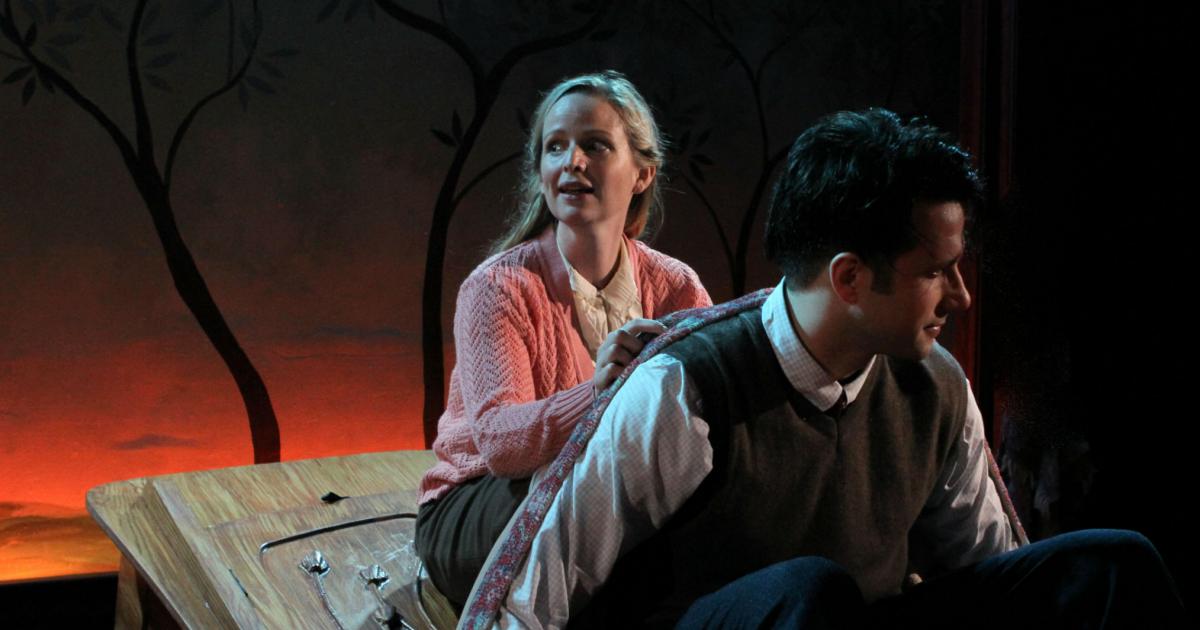 Vancouver Theatre: The Lion, The Witch and the Wardrobe.

The Lion, The Witch and The Wardrobe
Adapted by Ron Reed from C.S.Lewis’s novel
Directed by Sarah Rodgers
Pacific Theatre
Nov 30th to Dec 29 th, 2018

Vancouver, BC:   I was specially delighted to be able to catch the closing night performance of Pacific Theatre’s The Lion, The Witch and The Wardrobe, with my  grandchildren who  were visiting from California. My grand-daughter is in the Production and Design Conservatory in the School of Theatre at the  Orange County School of the Arts. The intimate setting of the Pacific Theatre was a perfect place for her to experience how imagination can transform a space with a few set pieces,  an array of rugs, coats, sheets, and subtle lighting changes into two different worlds, with a host of characters played by only 2 actors..

In Ron Reed’s adaptation, two of the Pevense children, Lucy and Peter return as young adults to the old country house where their childhood adventures took place.  In the large room where an empty wardrobe still stands,  they  find themselves reliving their adventures in Narnia.  John Voth and Rebecca deBoer play Peter and Lucy, as well as all the other characters.  As the narrative requires, each actor may play the same character, with a change of costume for example a fringed rug, turning  Rebecca into Aslan, the great Lion, at other times played by John. Great work by both actors -the changes were seamless.

My grandchildren loved the show, and Narnia fans all, so did their parents and I. 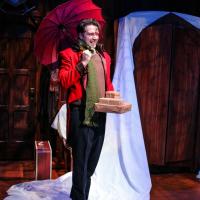 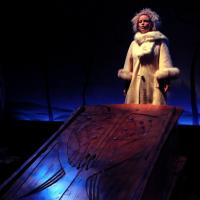