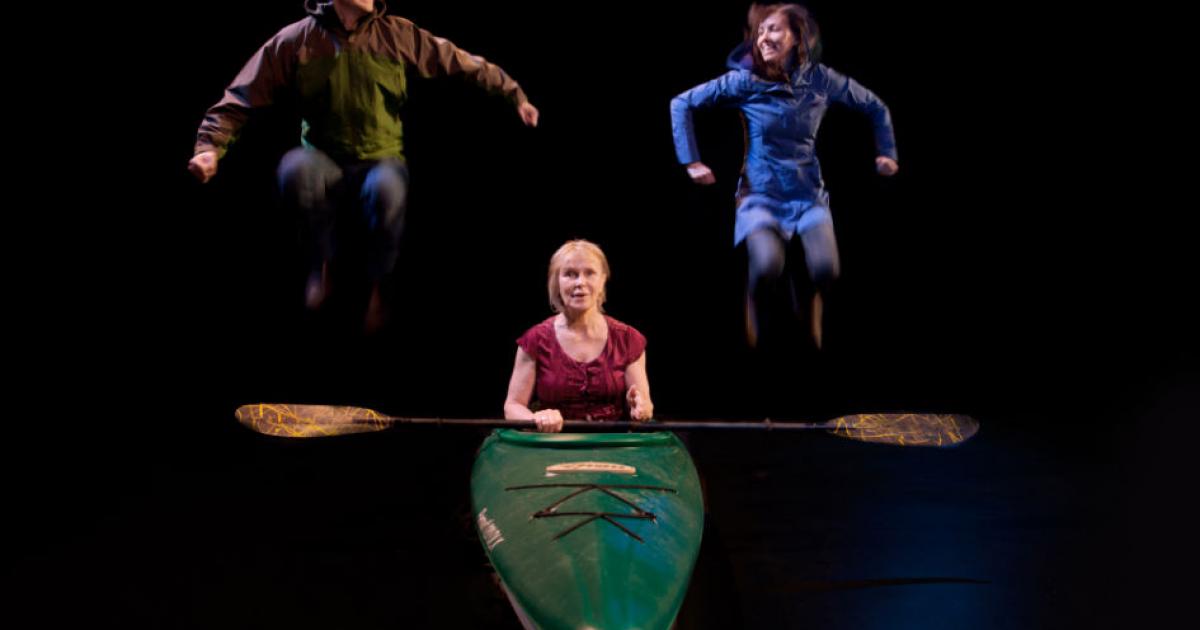 Vancouver, BC: In Annie Iverson and Julie Daniels, local play wright Jordan Hall has crafted two powerful female characters who engage in an epic battle for the heart and soul of Annie's son Peter. Annie (Susan Hogan) is a regular middle-class mother. She is concerned  about the environment enough to recycle her trash but her mind is far more occupied with making sure Peter (Sebastian Kroon), finishes his business degree and gets a decent corporate job. Imagine her dismay when her normally compliant son falls for Julie (Marisa Smith), an aggressive, single-minded activist nutcase who is obsessed with the idea that humans are destroying the earth and charges off at the drop of a hat to join protests around the world.

I guess this is where I declare my personal biases. Sure I separate my recyclable trash, put food scraps in compostable bags, walk wherever possible instead of driving my small non-SUV car or even using transit, but I don't share the doom-and-gloom fears that mankind is destroying our planet. "Mother Earth" inflicts more damage through a single cataclysmic volcanic eruption than our puny human activities can and, unless you believe in creationism (!!!) the earth has survived billions of years of cycles of heating and cooling.

As the play starts we find Annie, adrift in a kayak, with an almost empty bottle of water, and  only the remains of a packet of s'mores to sustain her. She has been lost for several days, her GPS is not working and she is exhausted to the point of hallucinating the presence of her son and Julie.

Through a series of flashbacks/hallucinations  we follow the power struggle of this trio from Peter's first encounter with Julie, to the point when Annie has organized a family kayaking trip in the hope of preventing Peter from following Julie to protests in China against the building of a massive dam. But instead here is Annie out on the water alone. Guess where Peter went!  Loved the effects of Malcolm Dow's sound design from the initial tranquility of the water sounds to the catastrophic thunder of the bursting dam.

The cast does full justice to Hall's script. Susan Hogan is superb in her portrayal of an average housewife and mom, bewildered by the extreme activism of her son's new girlfriend. Marisa Smith skillfully conveys Julie's self-righteous and uncompromising obsessiveness. Sebastian Kroon plays a perfect, confused son, caught between following his parents' conventional lifestyle, and his attraction to beyond-unconventional Julie.

Although this work is described as hopefully provoking thoughts about the havoc we humans have already inflicted on our planet, I think it's more about the tragedy of falling for a fanatic whatever their cause may be, and about the futility of a parent in thinking that they can control the course of their children's lives.

This was an excellent show, well worth seeing and a great start to the 2015 Vancouver theatre season.  Hall won the 2010  Samuel French Canadian Playwrights competition for Kayak. I look forward to seeing her future work.

The performance is 70 minutes long without intermission. My legs were cramping at the mere thought of sitting cramped in a kayak for that time but fortunately as an audience member, you don't have to.  So go and enjoy. 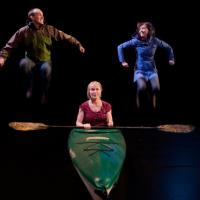 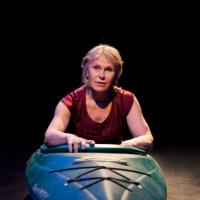