Vancouver Theatre: In The Heights 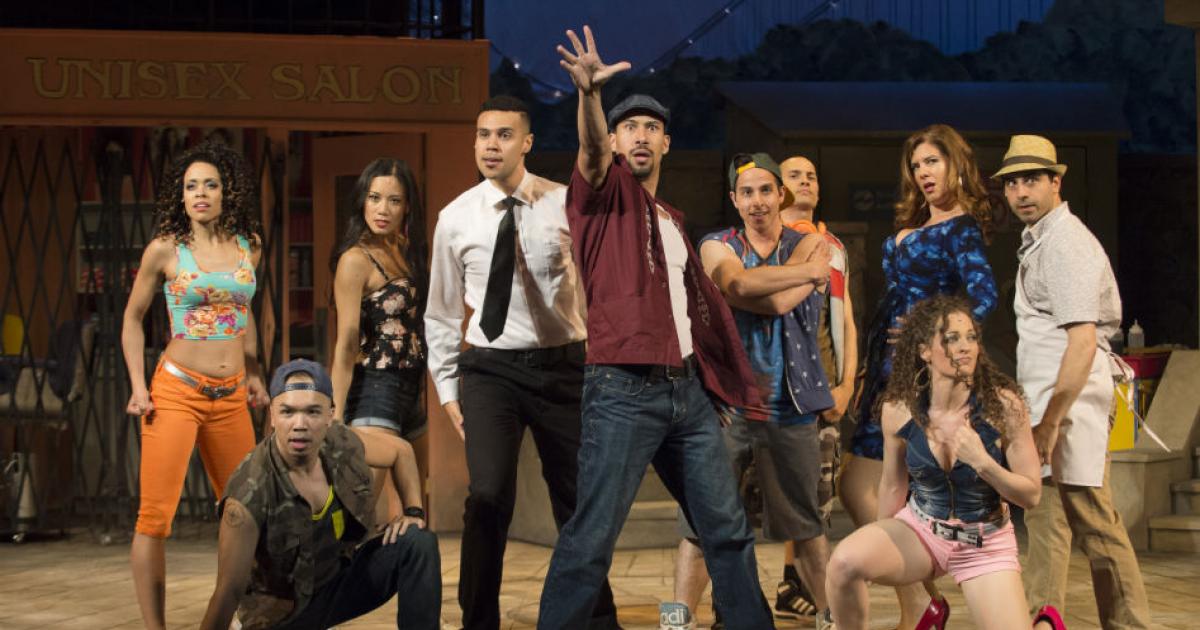 Vancouver Theatre: In The Heights

Vancouver, BC: I was happy to get a chance to see this show as I missed it on each of my New York trips and I really enjoyed it a lot. I liked the musical variety with Latin rhythms, salsa, merengue and rap,  the energy of the salsa and hip-hop dancing. Not so sure about the overall storyline though.

The action takes place over three days of the 4th of July holiday in Washington Heights, a predominantly Hispanic, Dominican-American barrio in New York City in the north of Manhattan.  Uznavi (Luc Roderique) owns a small bodega, the neighbourhood deli and coffee shop, assisted by his cousin Sonny (Caleb Di Pomponio). Uznavi is the narrator,  and rapping out the opening number, In the Heights, introduces the rest of the characters. After his parents died, Uznavi was raised by Abuela Claudia (Sharon Crandall), honorary grandma and matriarch of the neighbourhood.

Next to Usnavi's  bodega is the beauty salon operated by Daniela (Irene Karas Loeper) and her assistants Carla (Julia Harnett) and Vanessa (Elena Juatco). Uznavi is in love with the beautiful and sexy Vanessa, whose only dream is to escape the barrio and move downtown. Kevin (Francisco Trujillo) and Camila (Catriona Murphy) Rosario, are the owners of Rosario's Limo service. Their daughter, Nina (Kate Blackburn), the smartest girl in the neighbourhood, won a scholarship to Stanford, and carries the hopes of the neighbourhood on her shoulders. Benny (Chris Sams), the only person of non-Hispanic ancestry, and who does not speak Spanish, works as a driver for the Rosarios and is in love with Nina. Rounding out the characters are Piragua Guy (Michael Antonakos) who sells piragua ice  desserts from his cart, Graffiti Pete (Michael Culp) who is actually a talented artist,  Carmelo (Julio Fuentes) and Yolanda (Alexandra MacLean).

It is a busy three days in the barrio. Nina has returned home, knowing she must tell her parents that she has dropped out of Stanford. Uznazi has sold a winning lottery to someone in the barrio and not knowing who has won, everyone starts thinking about fulfilling their dreams. But Daniela has to close her salon. And then there are the July 4th fireworks, a power outage total blackout, looting and rioting ...  and an unexpected death.

I specially enjoyed the music and the dancing in the first act, lots of salsa and hip hop but Lisa Stevens' choreography throughout the show was terrific and the cast handled it well. Julia Harnett and Julio Fuentes were standout dancers - great to watch.  As Usnavi, Roderique provided the glue that pulled the stories together.  Crandall was a warm and gentle Abuela,  and Sams and Blackburn were sweet together as the young lovers defying the paternal edict against their inter-ethnic pairing.

Ted Roberts' set was fabulous with the Washington Bridge stretching over the Hudson River in the background and the rollout stands for the bodega and the limo company. A typical, old slightly grubby New York street scene.

But for a musical about the struggle of folk who immigrated to America for a better life, only to find poverty and restricted opportunities, the overall impact is a  bit disneyfied. Other than two of my favorite songs, Breathe, sung by Nina and Inutil by Kevin, both of which captured the pain and heartbreak of feeling that they had failed themselves and their loved ones, I didn't feel the edginess or grittiness of life in the barrio. Even the aftermath of the blackout and looting did not seem particularly devastating to the locals.

This carping about the script is not to detract from the strong performances of the cast and the band, because overall they provided a  super evening of entertainment and I enjoyed this production immensely. I would definitely recommend seeing it. 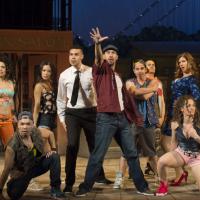 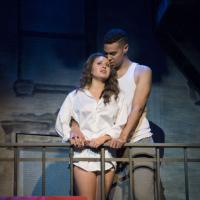 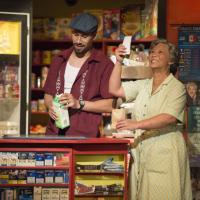 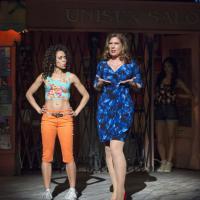