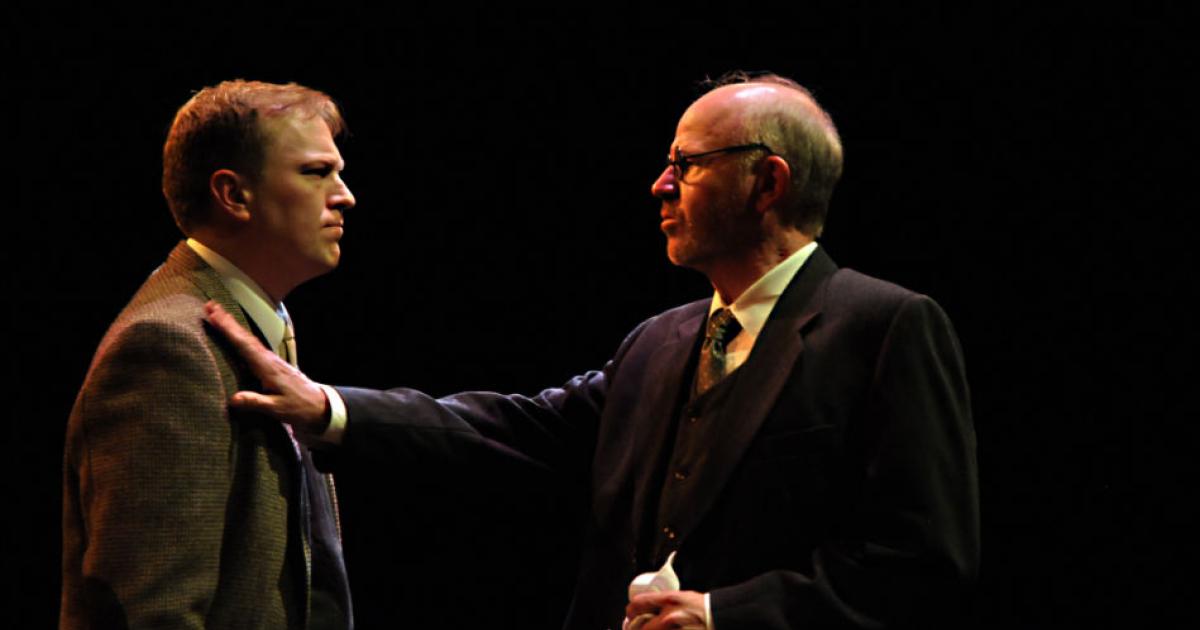 Vancouver, BC: Who would have thought that a 65 minute play about an imagined conversation between Sigmund Freud and C.S. Lewis could be as spell-binding as I found this show to be? I was enthralled.

And this might be Ron Reed's finest performance yet, as the physically ailing Freud, whose mind and wit remains sharp as it ever was, despite the excruciating pain of his oral cancer.

Sigmund Freud, an Austrian physician,  Jewish by birth, atheist by belief, who developed the early theory and practice of psychoanalysis, fled from Vienna with his wife, and daughter Anna in 1938, settling in London, where his office recreated his consulting room in Vienna. Suffering from terminal oral cancer, Freud died the following year.

C.S. Lewis, about 40 years younger than Freud, was a brilliant professor of English literature who taught at Oxford and Cambridge Universities. Lewis was a prolific author, known for the fantasy series, the Chronicles of Narnia. Growing up in a devout household, Lewis became an atheist. He struggled to reconcile his religious beliefs or disbelief, dabbling in the occult, and remained an atheist for much of his life, until returning to Christianity. I've seen two dramatic adaptations of his books, The Screwtape Letters in New York in 2010, and the Pacific Theatre production of The Great Divorce about 4 years ago, both of which dealt with conflict between forces of good and evil.

St.Germain sets Freud's Last Session in his London office, on September 3, 1939, the day that Britain declared war on Germany after Hitler attacked Poland. A young CS Lewis  (Evan Frayne) comes to visit Freud (Ron Reed), and they embark on a epic debate about love, sex, the existence of god and the meaning of life. We hear Neville Chamberlain (Matthew Simmons voice-over) addressing the nation on the radio, and sirens blast while transport planes fly overhead.

The production design team provides a setting worthy of this superb script and great performances. Carolyn Rapanos (set), Frances Henry (Props) with John Webber's lighting recreates the ambience of a European consulting room office with chaise-longue couch, richly coloured rugs and a desk holding mythological and religious artifacts. Luke Ertman's sound design from music to the sounds of a nation at war complemented the action effectively as did Catrina Jackson's costumes.

Before the show we enjoyed a dinner at Heirloom Vegetarian restaurant, a five minute walk from the theatre.

My review of The Great Divorce. Pacific Theatre 2011. 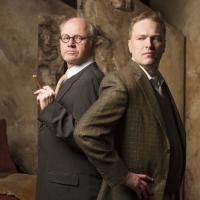 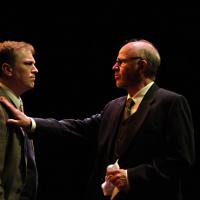 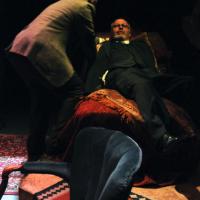