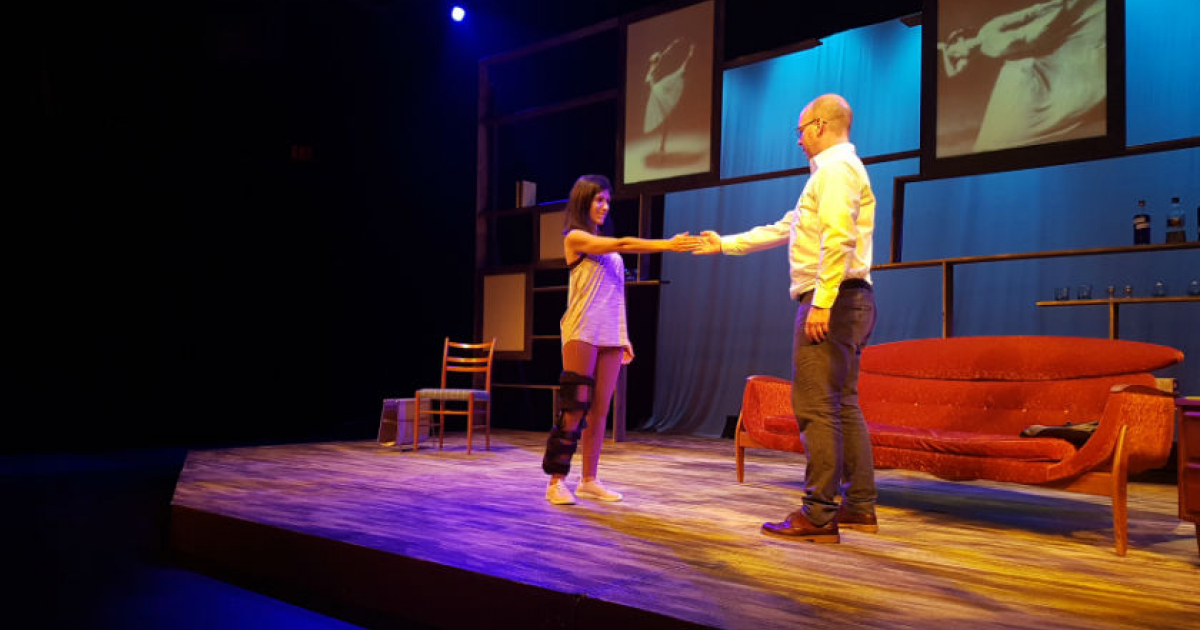 Vancouver, BC.  With my long time professional interest in developmental neurodiversity and my later discovered passion for dance, the premise underlying Dancing Lessons grabbed my attention. Two people want to dance, yet for very different reasons, they cannot. They have vastly different motivations, each has a major obstacle to overcome, both must embrace change if they are to succeed.

For Senga,  a Broadway dancer, dancing is her life but she cannot return to dancing without life-threatening surgery to her injured leg. Ever, is a young man who has never danced, but wants to be able to perform one dance on a gala evening  when he is to be given an award. Ever has Asperger's syndrome, now considered a high-functioning form of autism spectrum disorder. He is socially awkward and, reinforced by a traumatic childhood interaction with his father, he cannot touch anyone or be touched. Yet partner dancing is all about touch. What depth of desire to change is needed to overcome such deeply  imprinted emotions and behaviours? Can Senga overcome her depression and anxiety at the loss of her dance career enough to see beyond Ever's geeky awkwardness in order to help him?

Long ago, for my final year of medical residency in Paedatrics, I trained as a Paediaric Neurology fellow. That was my first in-depth encounter with children whose developmental and socialization milestones diverged in one way or another from the expected, and the impact it had on the child and the family.  As Ever, Andrew Coghlan sensitively conveyed many of the mannerisms and obsessive characteristics that frequently mask the intelligence and inquiring minds from people like Senga, who at first see only the social ineptness.

Medeiros looked every bit like a dancer, albeit injured. Couch bound, and surrounded by bottles of liquor and pills, she conveyed the devastation of one whose dream was taken away from her. However, the dancing both on the videos and the final dance lacked authenticity. Moments were missed with lack of rhythm, awkward unfinished movements and no sense of the developing chemistry between these two people.

This is a thoughtful, engaging script but a better directorial job of pacing would elevate the play. On  a  final note the overabundance of fog as we left the theatre, left me metaphorically fogged. Was it a technical error?