Vancouver Theatre: The Competition is Fierce 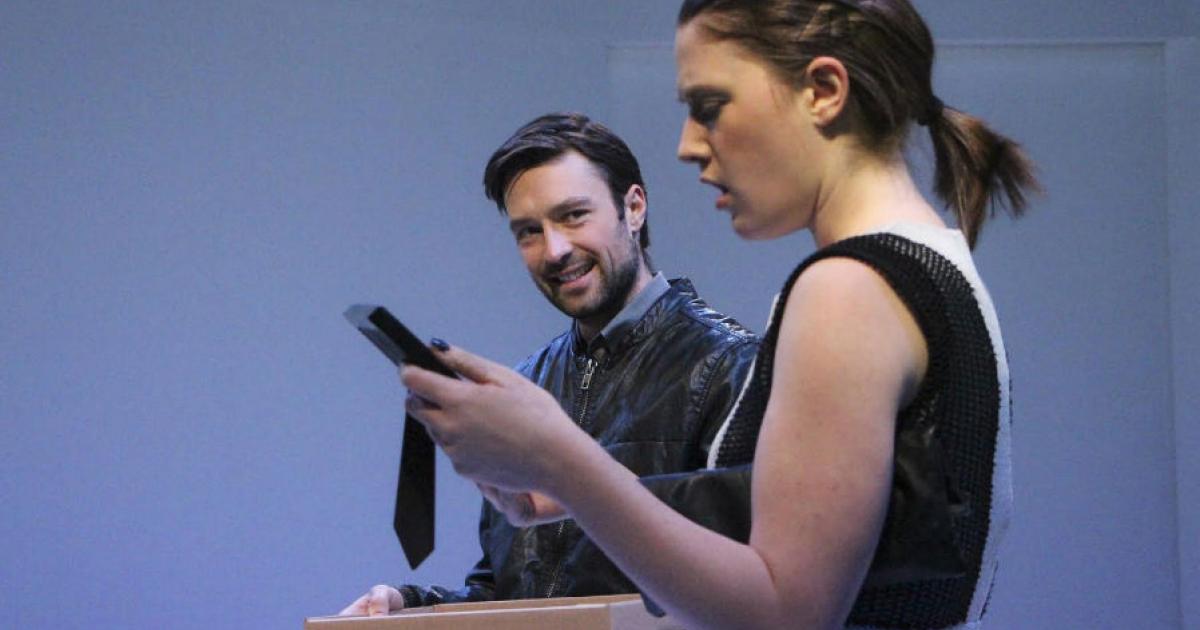 Vancouver Theatre: The Competition is Fierce

Vancouver BC:  Columbia University professor Wallace Sayre famously quipped in reference to competition in the academic realm, that "competition in university politics takes the most vicious and bitter forms because the stakes are so low."  The same concept, that the smaller the stakes the fiercer is the competition, has been promulgated by many others including educational guru, Laurence Peter of The Peter Principle ("In hierarchical organizations every employee tends to rise to his level of incompetence").

In Sebastien Archibald's futuristic corporation, management has found a way to raise the stakes and beat the Peter Principle. Employees in line for promotion must participate in the company executive training program where they learn how to fight for their promotion - literally. Because at the traditional Initiation Banquet where the successful candidate is announced, the job goes to the last man standing, his competitor having been killed.

And refusal to join the program offers no escape. The option is join or risk castration.  A trifle more vicious than even academic competition methinks.

The mood was cleverly set from the start by the design of the show program - ostensibly the company annual report. Admission to the house is controlled- not by employee cards but by a guide. The audience is led through narrow passageways down rather rickety steps into The Cube, a white walled - well - cube, with seats against all four walls.

The basement of the defunct Vancouver Playhouse facility is a huge black box which has been configured in many different ways for recent productions that I have seen by small independent theatre companies. In this case within the cube, seamless set changes for each scene were created by video projections of outdoor skyscapes onto the white walls, and by the cast efficiently moving wheeled desks in and out of the cube to suggest offices or the women's washroom. Very nicely done.

So to the plot. John (Chris Cochrane) is a  smart hardworking cog in the Finance Department of the Company. His boss, the Finance Director has just committed suicide by leaping from a building. The blood stains of his death are still visible. The metaphorical stains of his actions live on in the different perspectives of the people who knew him.

Offered the replacement job of Director by outwardly aggressive boss, Carlyle (Andrew Wheeler), who goes against the established ritualistic company procedures for promotion, John agrees to take on the job. To his dismay he finds that Carlyle's even more bizarrely aggressive boss, company president Madeline (Marilyn Norry), has overruled Carlyle and insists that John competes for the job with John 2 (Carlo Marks), son of the recently dead Finance Director. Complicating this scenario is the attraction of both Johns to Claire (Rachel Cairns) one of the few female employees in the accounting department, and by the manipulating Madeline pulling puppet strings behind the scenes.

I have enjoyed watching the work of Itsazoo mature since their early out-door productions written by Sebastien Archibald  and directed by Chelsea Haberlin  - The Road to Canterbury, Robin Hood and Lifeline in  Bridge Mix.  I thought this show took their work to another level. It was outrageous, funny and clever all at the same time.

I do question the need for all the nudity. Yes they were going for shock value but the play is good enough to stand on its own and the cast all delivered strong performances. For me it is along the lines of "don't have a gun on stage in act one if it is not fired in act two."  Unlike the encounter between the two Johns, the nude scenes of Madeline and Claire really did nothing to advance the play. Marilyn Norry fully conveyed the fierce ambition, kookiness and manipulative nature of Madeline by her formidable stage presence alone. Likewise Rachel Cairns in her portrayal of the younger more vulnerable Claire.

Overall I enjoyed this show. The pace was good, the performances excellent and the setting great. 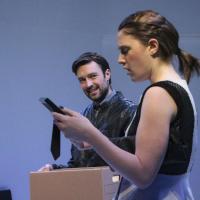 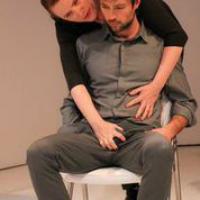